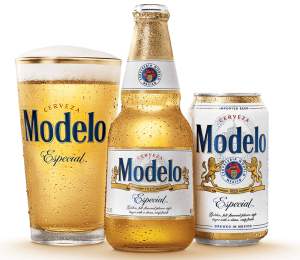 America Diversifies
When describing the diversity of the country’s population, we frequently turn to food metaphors. The “melting pot” metaphor entered popular use in the 18th century and was revived in the early 1900s when a play by the same name was first performed. Then another phrase hit the scene – America was a “salad bowl,” with multiple cultures contributing different flavors and ingredients to society. Whatever your preferred metaphor, it’s perhaps not surprising that we use food to symbolize this diversity. For many, food is often their first introduction to another culture. In 1944, The New York Times introduced readers to pizza and three years later they predicted that it “could be as popular a snack as the hamburger if Americans only knew more about it.” Today pizza is America’s favorite food according to Datassential’s FLAVOR database, which tracks thousands of foods, flavors and ingredients.

And America continues to become even more diverse. According to the U.S. Census Bureau, the Hispanic population of the United States – the country’s largest ethnic or racial minority – reached 57.5 million last year and it’s expected to reach 119 million by 2060. In states like New Mexico and California, Hispanics are already the largest ethnic group.

These demographic changes have wide-ranging impacts on how we eat and drink, no matter our ethnic background. Latin flavors and ingredients are growing across menus and becoming far more available at retail. For many younger consumers, “Latin cuisine” isn’t ethnic cuisine at all – it’s simply what they eat and drink. In fact, you can see many of these changes showing up on drink menus already.

The Growth of Latin Beers
Two years ago, financial news organization 24/7 Wall Street made headlines when they crunched the numbers on the fastest-growing beer brands in the U.S. and reported that the top two brands were both Mexican beers: Dos Equis and Modelo Especial. The organization said that Modelo’s growth reflected the growing power of the Hispanic market, noting that the brand “released hardly any English-language advertising.”

Earlier this year Chicago Reader called Pilsen, recognized as Chicago’s center of Latin culture, the city’s new “brewing capital of the South Side.” The neighborhood is home to breweries like Moody Tongue, which is known for its Caramelized Chocolate Churro Baltic Porter. Also in Chicago, last year celebrity chef Rick Bayless opened his Cruz Blanca Brewery & Taqueria with brewmaster Jacon Sembrano at the helm. Sembrano’s creations include options like the Tocayo, a white ale brewed with hominy, and the Gringo Honeymoon, a hibiscus lager. 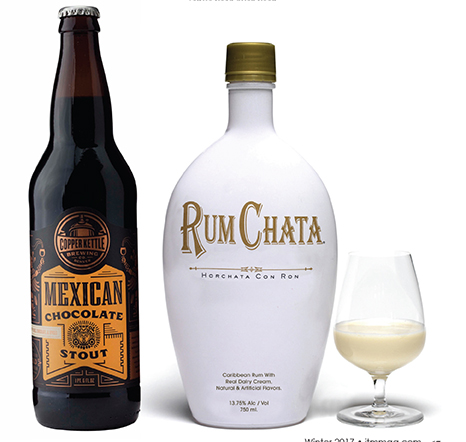 Latin Flavor Inspiration
Churro, hominy, hibiscus – flavors that are common in Latin cuisine – continue to show up on the bar menu. There are now multiple breweries in the country combining flavors like guava, passion fruit and mango, with gose, which is one of the top-growing beer varieties on menus. The resulting salty-and-sour/sweet flavor combination is common in Mexican candies and snacks. Cinnamon/chocolate combos are also trending. Copper Kettle Brewing Company, based in Denver, Colorado, has brewed its Mexican Chocolate Stout since 2011, made with cinnamon, cacao nibs and chile peppers.

Spicy flavors are generally a “hot” trend on drink menus today. In fact, ancho pepper was the fastest-growing flavor on alcoholic drink menus in the past four years (namely due to Ancho Reyes liqueur), while sriracha was the fourth fastest-growing flavor. And it’s not all Bloody Marys. At Movie Tavern, the 22-location movie and dining chain, the signature margarita is a Sriracha Rimmed Strawberry Margarita. Jalapeno margaritas grew an astonishing 260 percent on U.S. menus in just the past four years.

Micheladas have nearly doubled their menu presence in the past four years, forcing bartenders to get creative in order to stand out. At Amelia’s Exquisite Mexican Fine Dining based in Oregon, the Habanero Michelada features habanero sauce, orange, lime, beer and Tajin, the spicy-tangy seasoning. At Galaxy Taco in La Jolla, California, the michelada even inspires an appetizer, Michelada Steamed Mussels.

Horchata, meanwhile, is becoming more common in multiple segments, introducing more consumers to this cinnamon-and-vanilla-flavored drink. Starbucks, Coffee Bean & Tea Leaf and even convenience store brands like ampm have all offered horchata drinks on the menu. Both house-made horchata and RumChata continue to grow on bar menus year over year.

Mezcal and Beyond
Of course, the popularity of Latin flavors has also driven one of the fastest-growing spirits on bar menus in recent years – Mezcal. Ten years ago Mezcal was hard to find, showing up on less than one percent of U.S. menus. Today it can be found on one out of every 10 bar menus, and twice the number of fine dining menus. There are now multiple bars in the U.S. that specialize in Mezcal.

Interest in Mezcal is driving interest in next-level Latin spirits and flavors. In 2014, public radio agency PRI said pulque was “what Mexico’s hipsters are drinking right now,” so it was only a matter of time before cool urbanites in the U.S. began seeking out the drink. Pulque, the fermented sap from the agave plant, is on the menu at the hip Pulqueria in New York. Customers can order it straight; in cocktails like the Tijuana Flashback with pulque, Mezcal, tomatillo, cilantro, habanero and lime; or even in menu items like the tacos served with pulque salsa.

Peruvian Cachaça has also been growing on menus, up 38 percent in the past four years. While it’s integral to the caipirinha, it’s starting to show up in a far wider range of cocktails. At the Michelin-starred Le Bernardin in New York, the Autumn Leaves cocktail includes Cachaça, Cardamaro, pumpkin, chai spice and egg white.

In so many ways, Latin cuisine is American cuisine today. As demographics change, there are more opportunities for all consumers to discover Latin flavors and ingredients. Latin beers, spirits and cocktails should definitely be on your radar – and your menu.

This article has been provided by Mike Kostyo, Senior Publications Manager at Datassential, a leading consulting firm and supplier of trends analysis and concept testing for the food industry.