Happy holidays, everyone! As you can see, we’re excited to spend time with family and friends. We’re also stoked to throw the doors open to 2018 and see what it has in store for all of us.

To greet the New Year properly we’ve put together a list of 18 wondrous winter cocktails that deserve a place on your seasonal menu. Not only are they perfect for sipping before and after the ball drops on December 31, each one will keep your guests in great spirits (pun alert!) throughout the frigid winter months.

May your New Year’s Eve be well attended and your 2018 be profitable! Cheers! 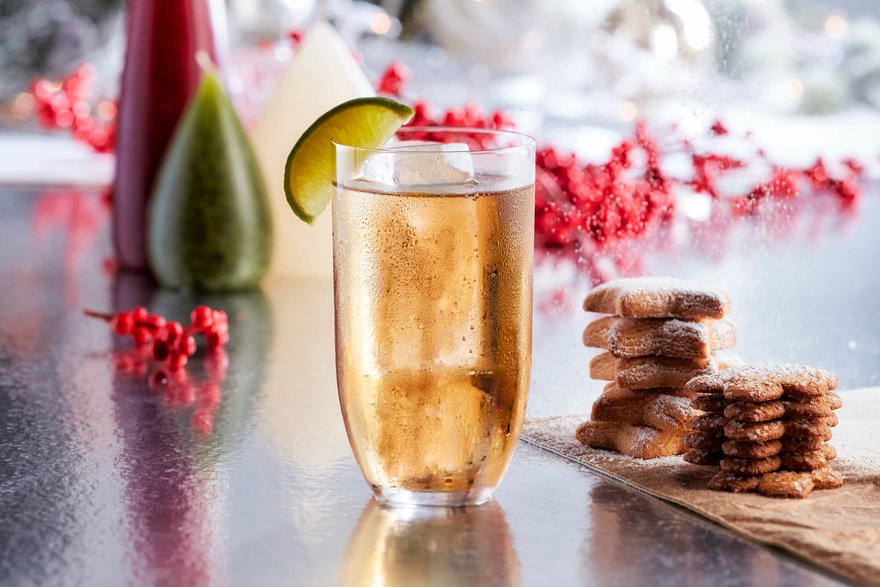 Recipe and image courtesy of BACARDÍ

Fill a tall highball glass with ice. Pour BACARDI Superior or Gold into glass. Add ginger ale, and gently stir before serving. Garnish with a lime wedge. (Optional: Add a dash of bitters.) 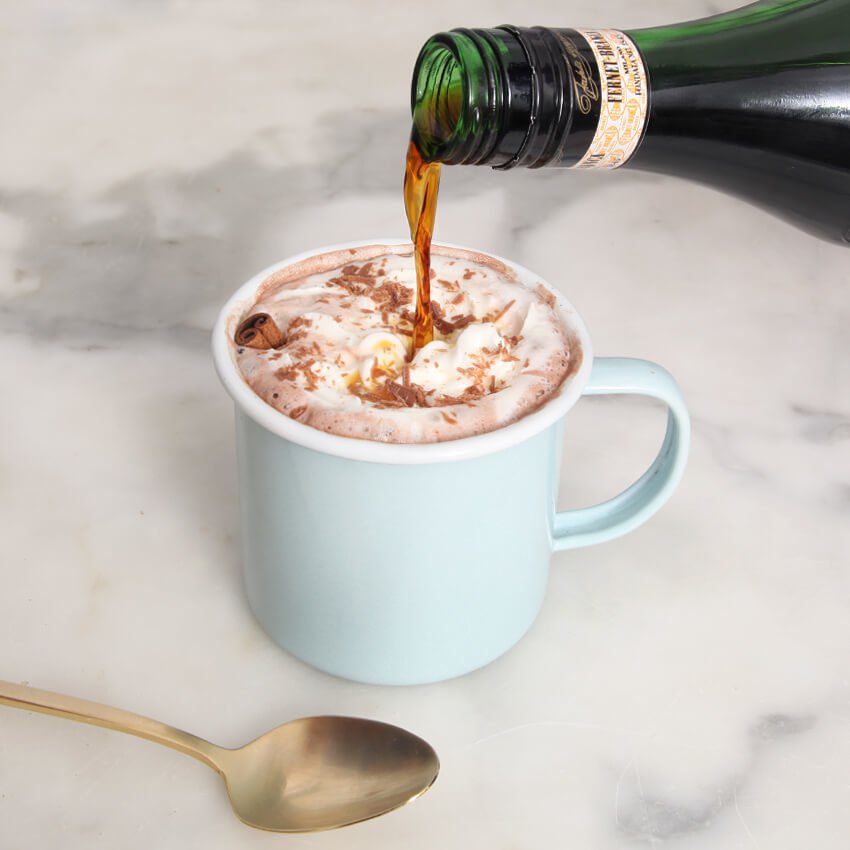 Recipe and image courtesy of Fernet-Branca

This is very straightforward: Spike the hot cocoa with 1 oz. of Fernet-Branca! 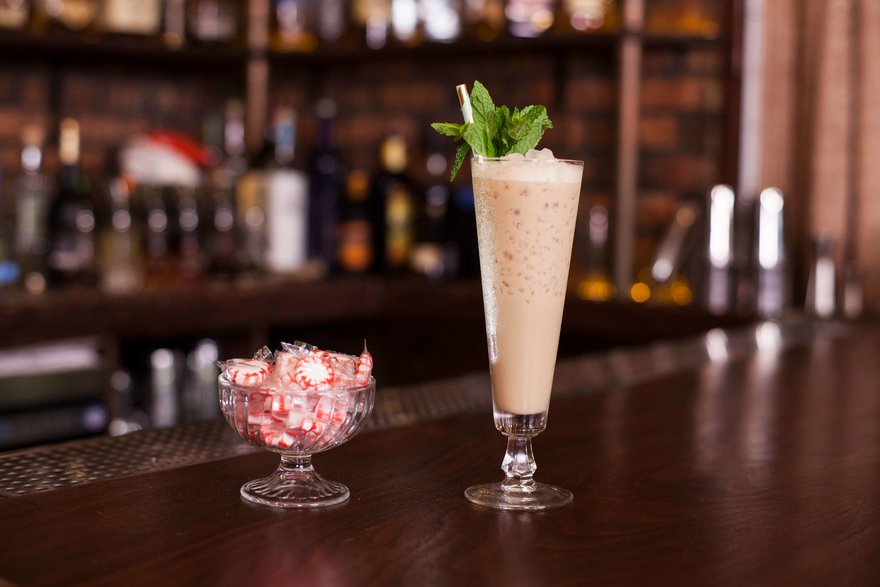 Created by Pamela Wiznitzer of Seamstress in NYC; Image: Seamstress 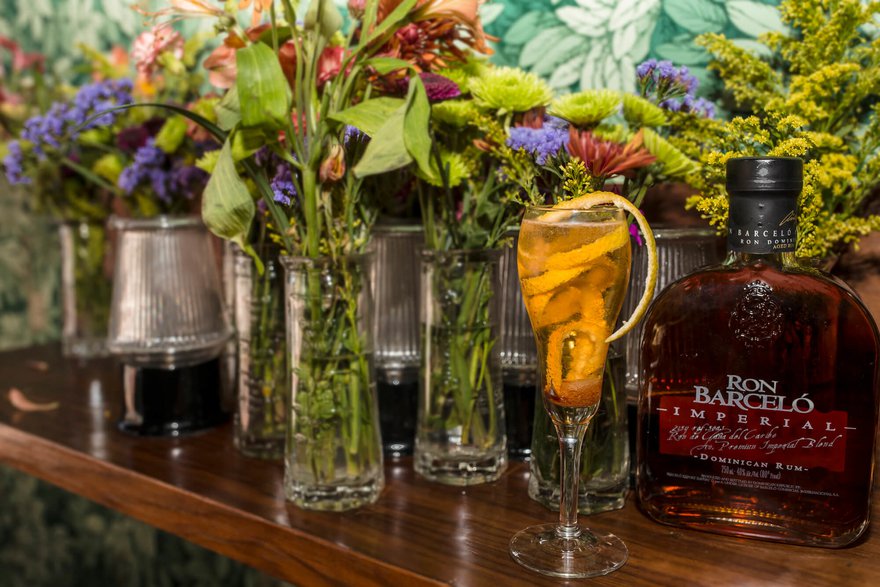 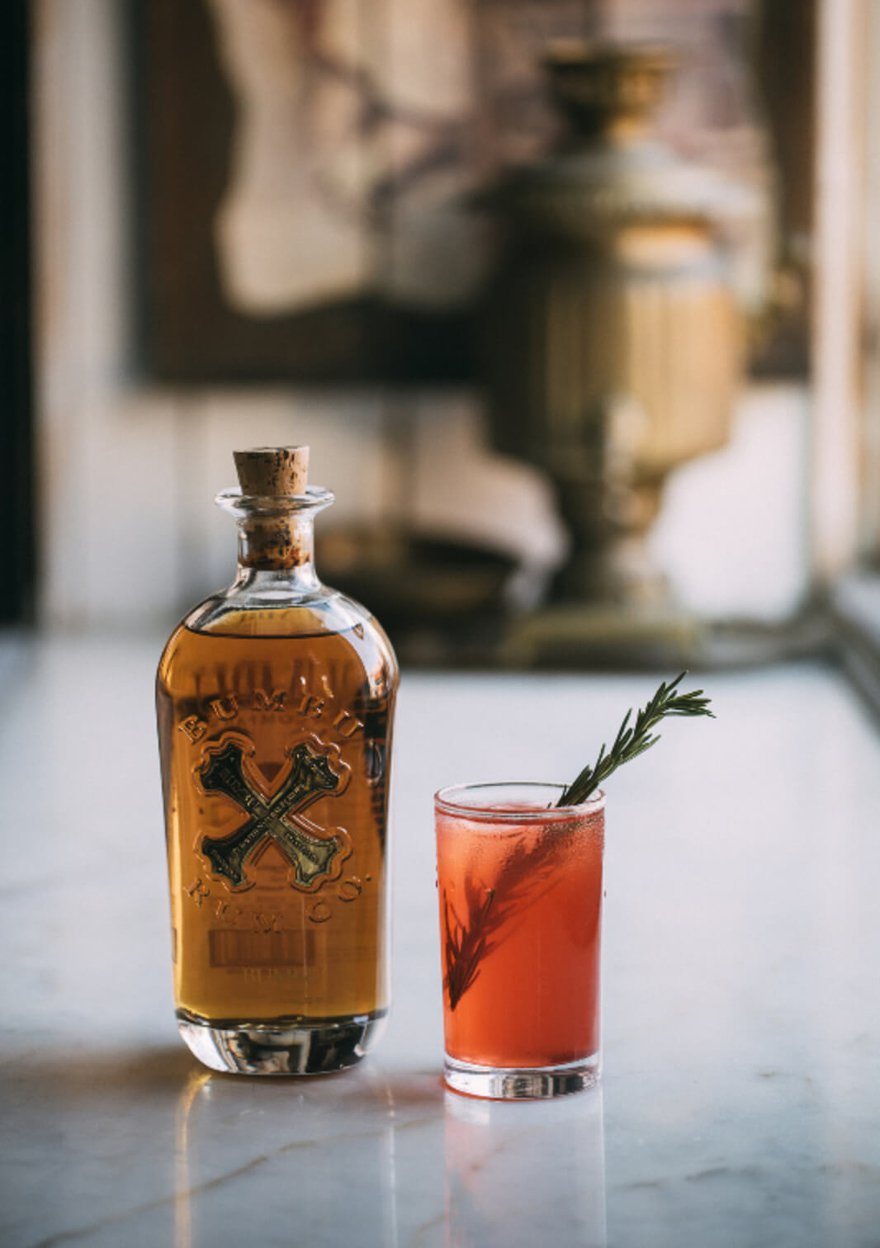 Recipe and image courtesy of Liquid Lab in NYC

Combine all ingredients and shake. Strain over fresh ice. Garnish with rosemary sprig. 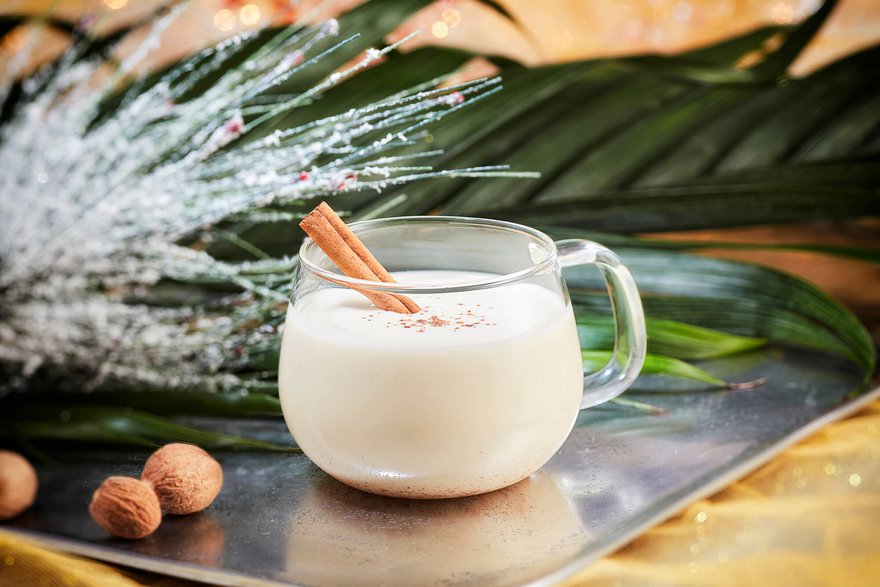 Recipe and image courtesy of BACARDÍ

Shake all ingredients vigorously with plenty of ice and strain into a glass mug. Garnish with cinnamon and coconut flakes. 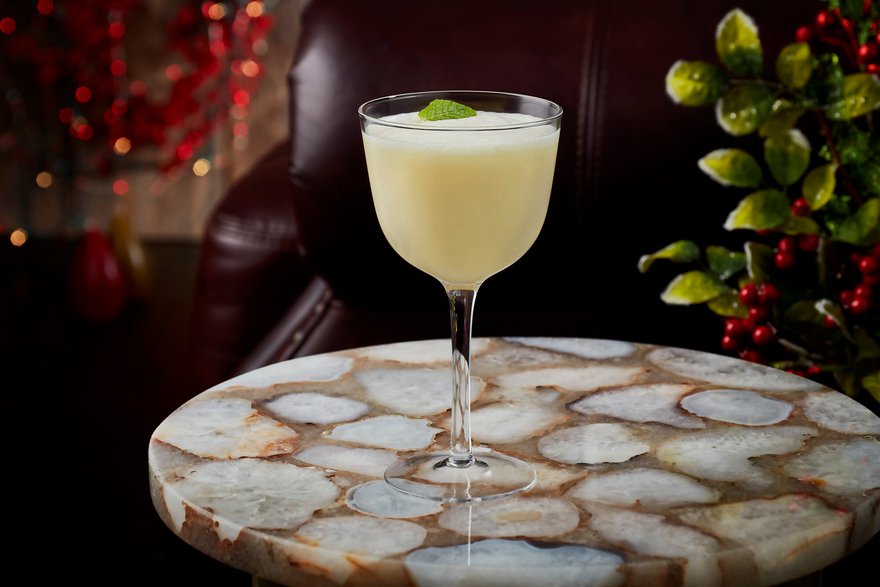 Recipe and image courtesy of FACUNDO

Combine all ingredients in a shaker and give a gentle shake. Add ice and shake vigorously. Strain into a chilled Nick & Nora glass, and garnish with a mint leaf. 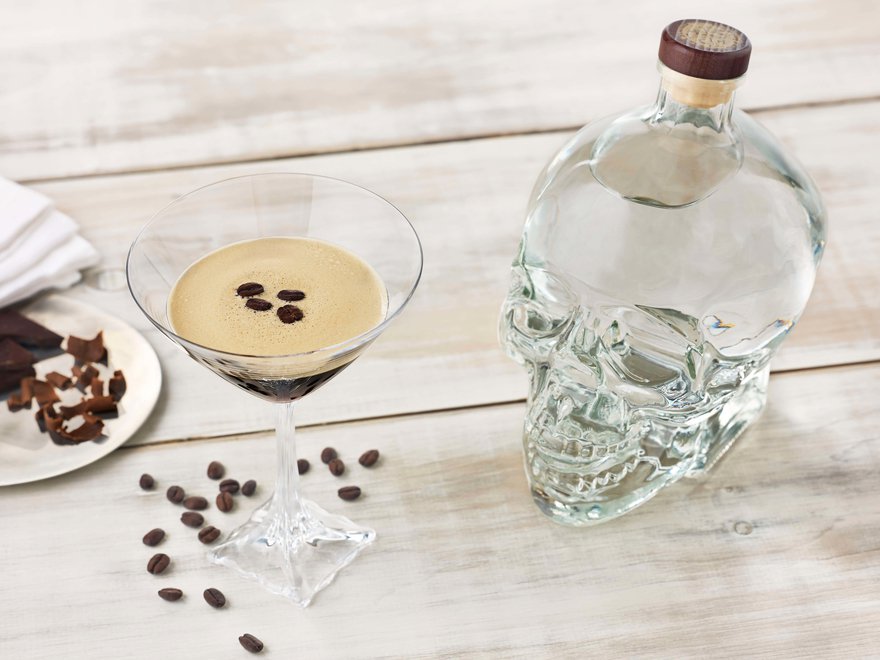 Pour Crystal Head, coffee liqueur and espresso into a shaker filled with ice. Shake vigorously to create froth, then strain into a Martini glass. Garnish with chocolate shavings or finely crushed coffee beans. 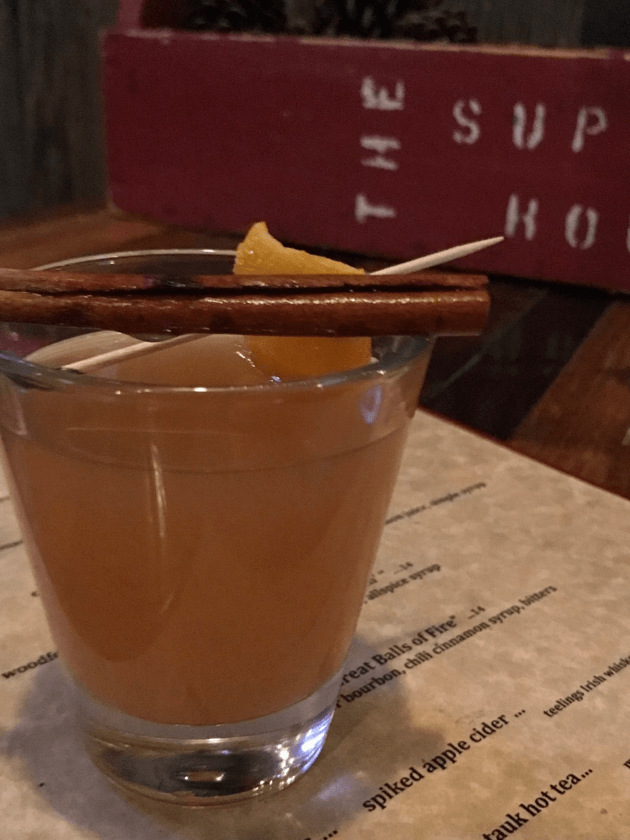 Warm the cider in a saucepan and add spices. Strain into a mug glass with handle. Garnish with cinnamon stick and orange peel. 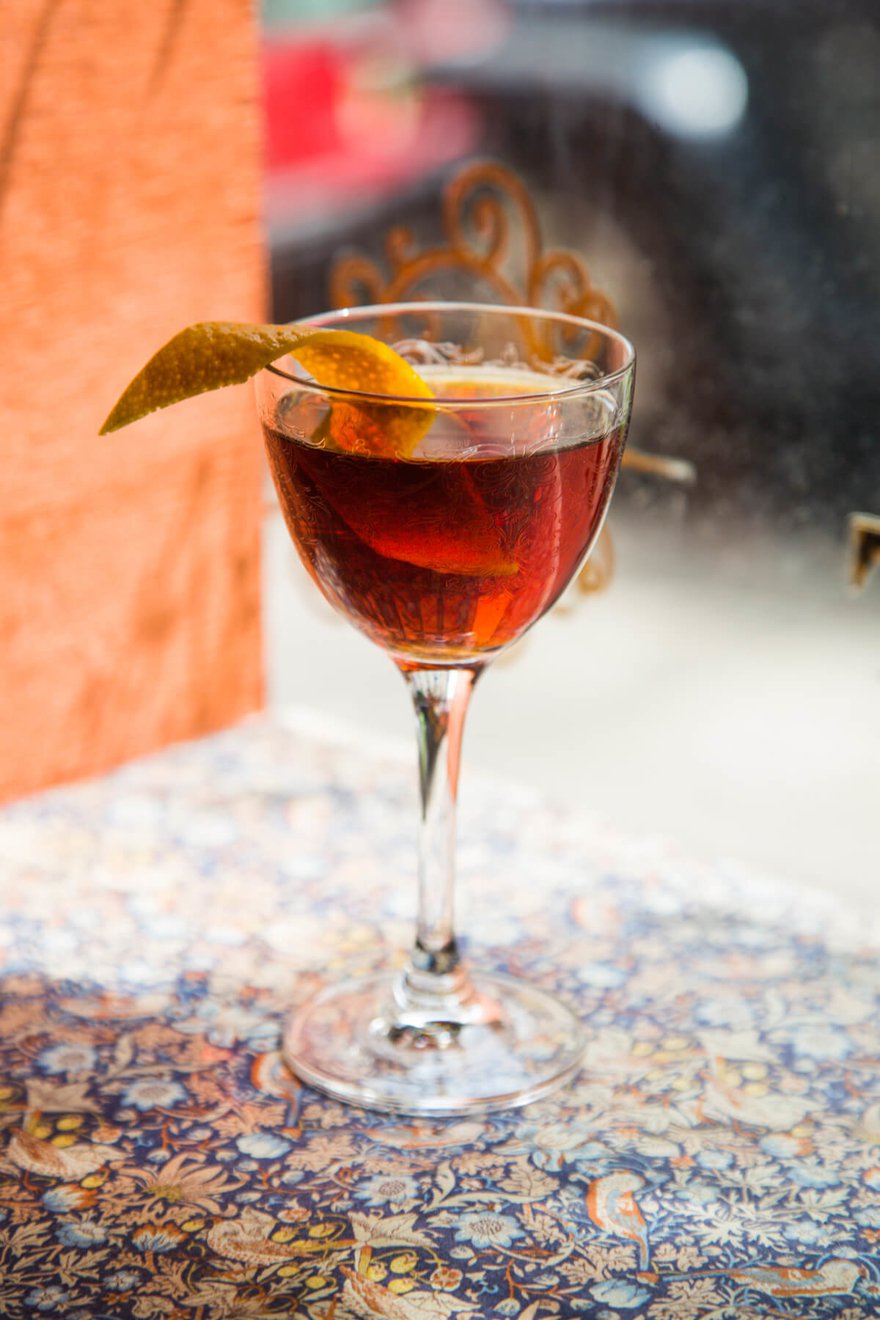 Add all ingredients to a mixing glass or tin. Stir, then strain into a Nick & Nora glass. Garnish with an orange twist. 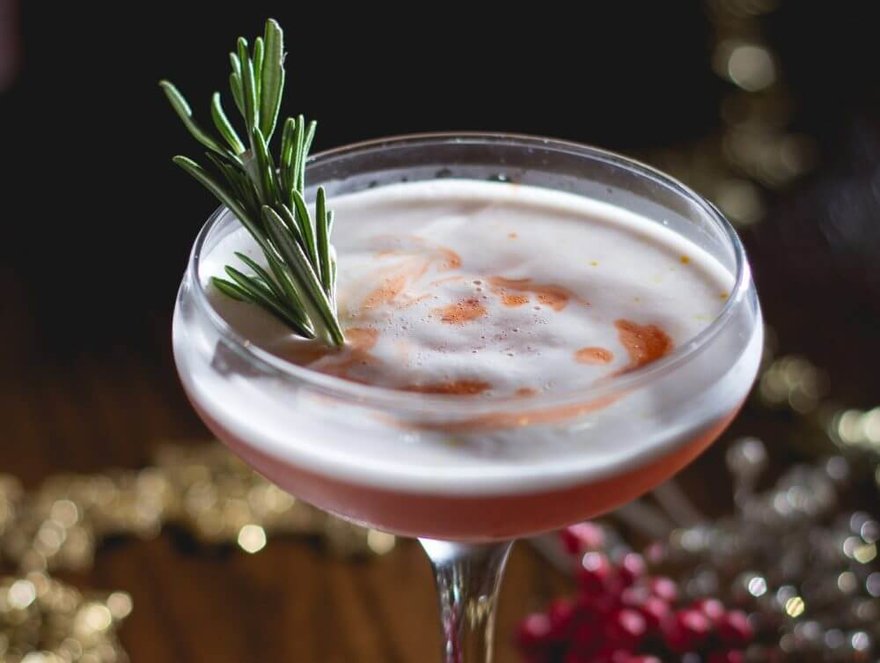 Recipe and image courtesy of Behind the Bar 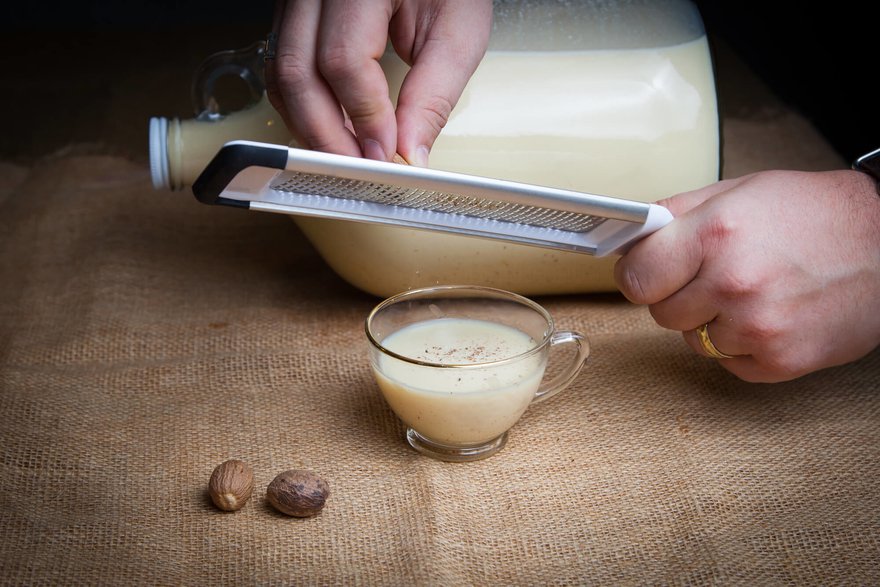 Recipe and image courtesy of Multnomah Whiskey Library in Portland

Separate the egg whites from the yolks into separate large bowls. Slowly add the sugar in a fine stream to the egg yolks while whisking vigorously until the sugar is completely dissolved. Then slowly whisk in the heavy cream, whole milk, and vanilla extract to the yolk-sugar mixture. In the other bowl, add 1 tablespoon of sugar to the egg whites and beat until stiff peaks form and the egg whites take up about five times their original volume. Fold the beaten egg whites into the yolk and cream mixture. Pour the entire mixture into a large jug using a funnel, then pour in a bottle of Novo Fogo Barrel-Aged Cachaça. Screw the cap onto the jug and give it a hearty shake to combine. Refrigerate and serve with a fine dusting of freshly grated nutmeg on top. 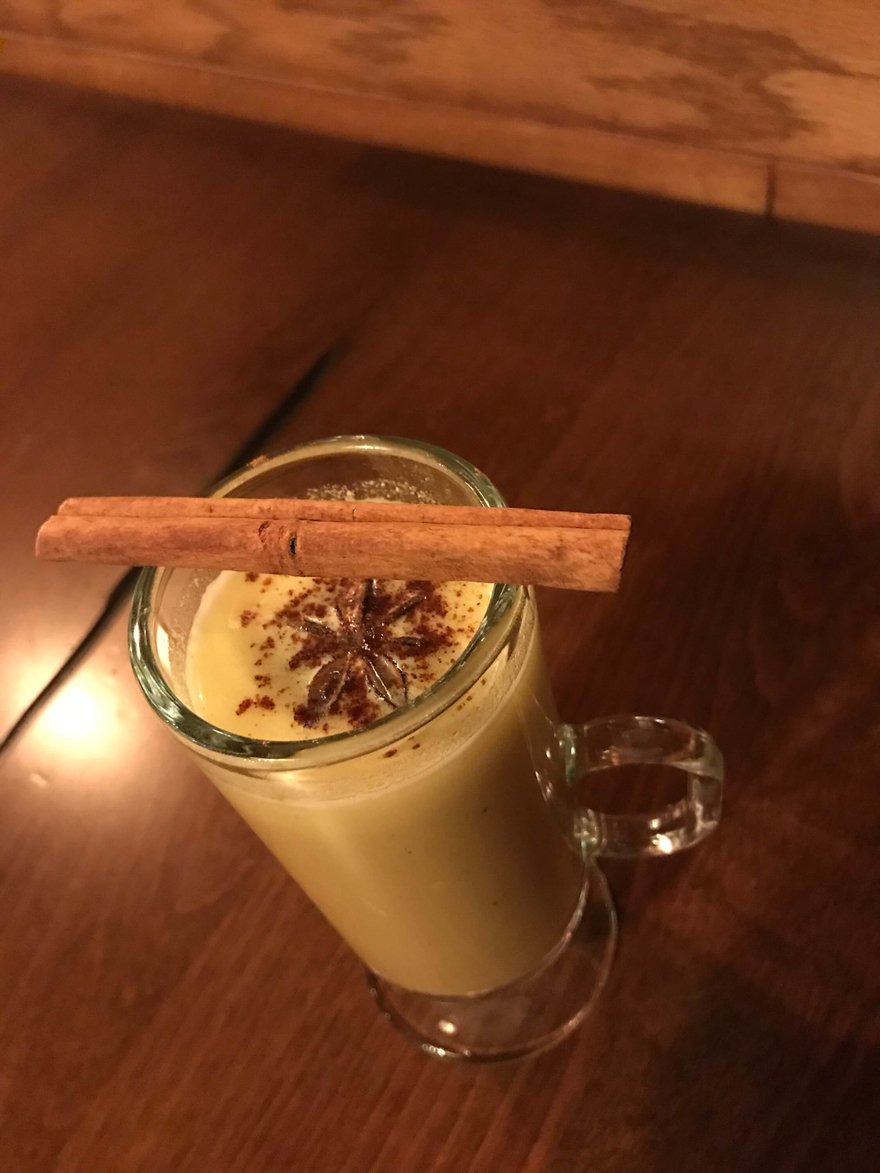 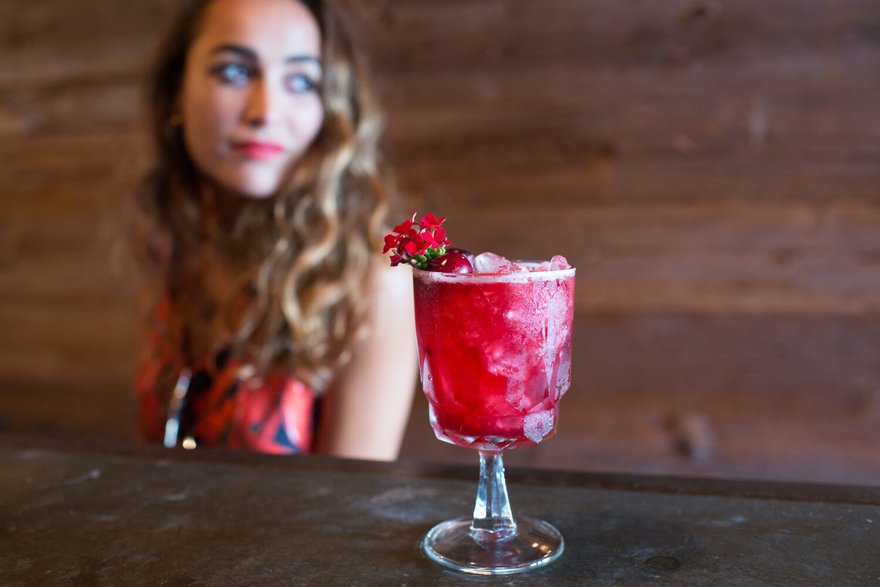 Prepare a goblet with ice. Fill a shaker with ice, add all ingredients, and shake. Pour into prepared goblet and garnish with edible flowers and cranberries. 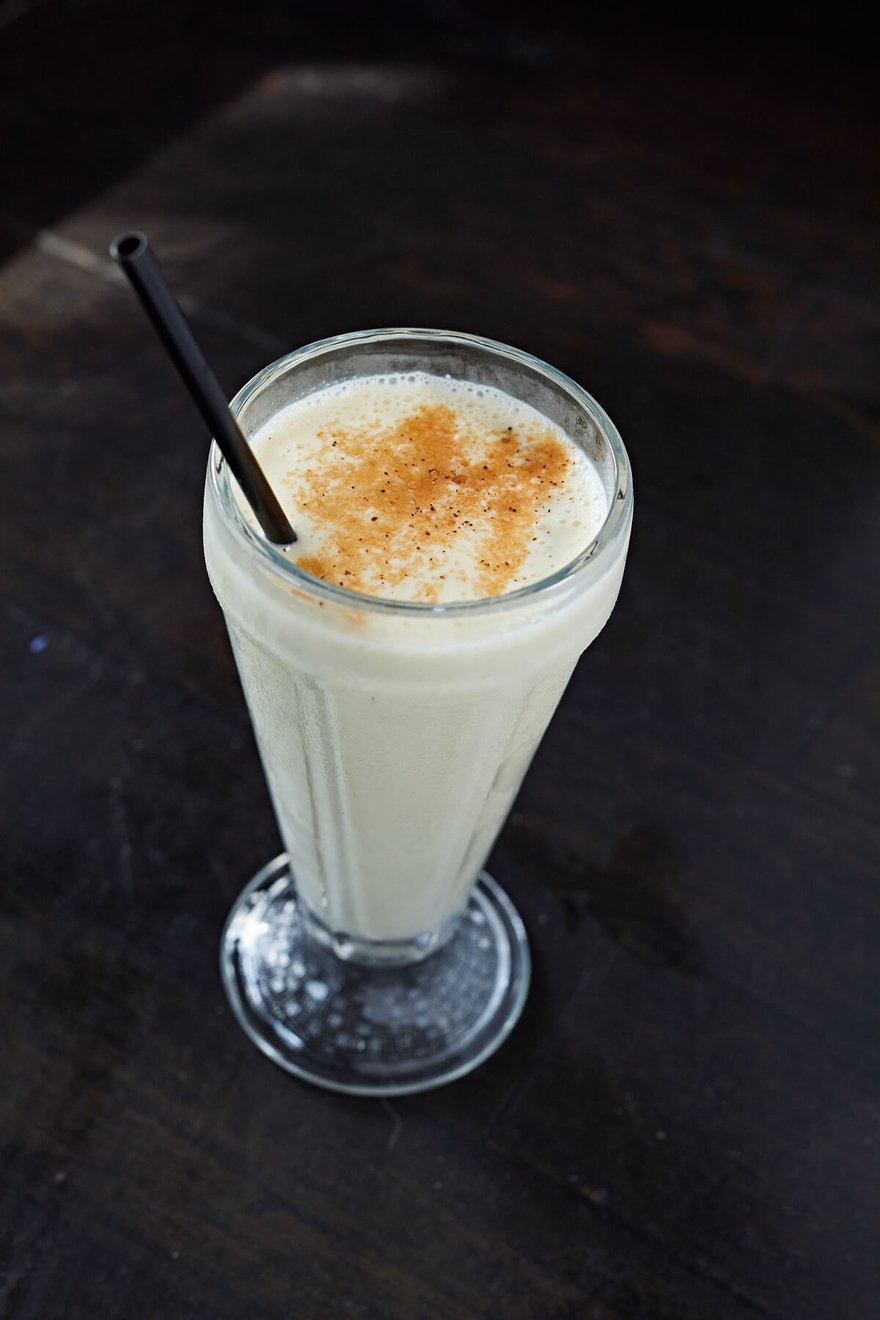 Add all ingredients to blender and blend until incorporated. Pour into glass, garnish with cinnamon, and serve. 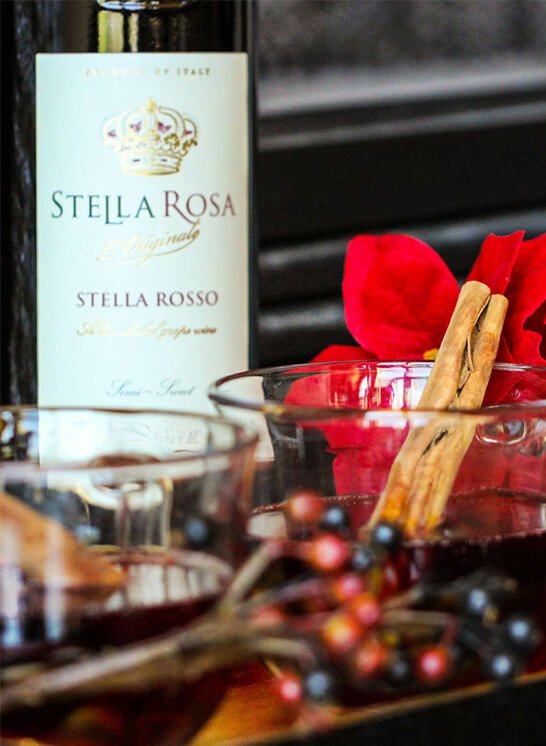 Heat water and add spices until they dilute. Add Stella Rosa Rosso. Keep heat on low until drink is warm but not boiling hot. 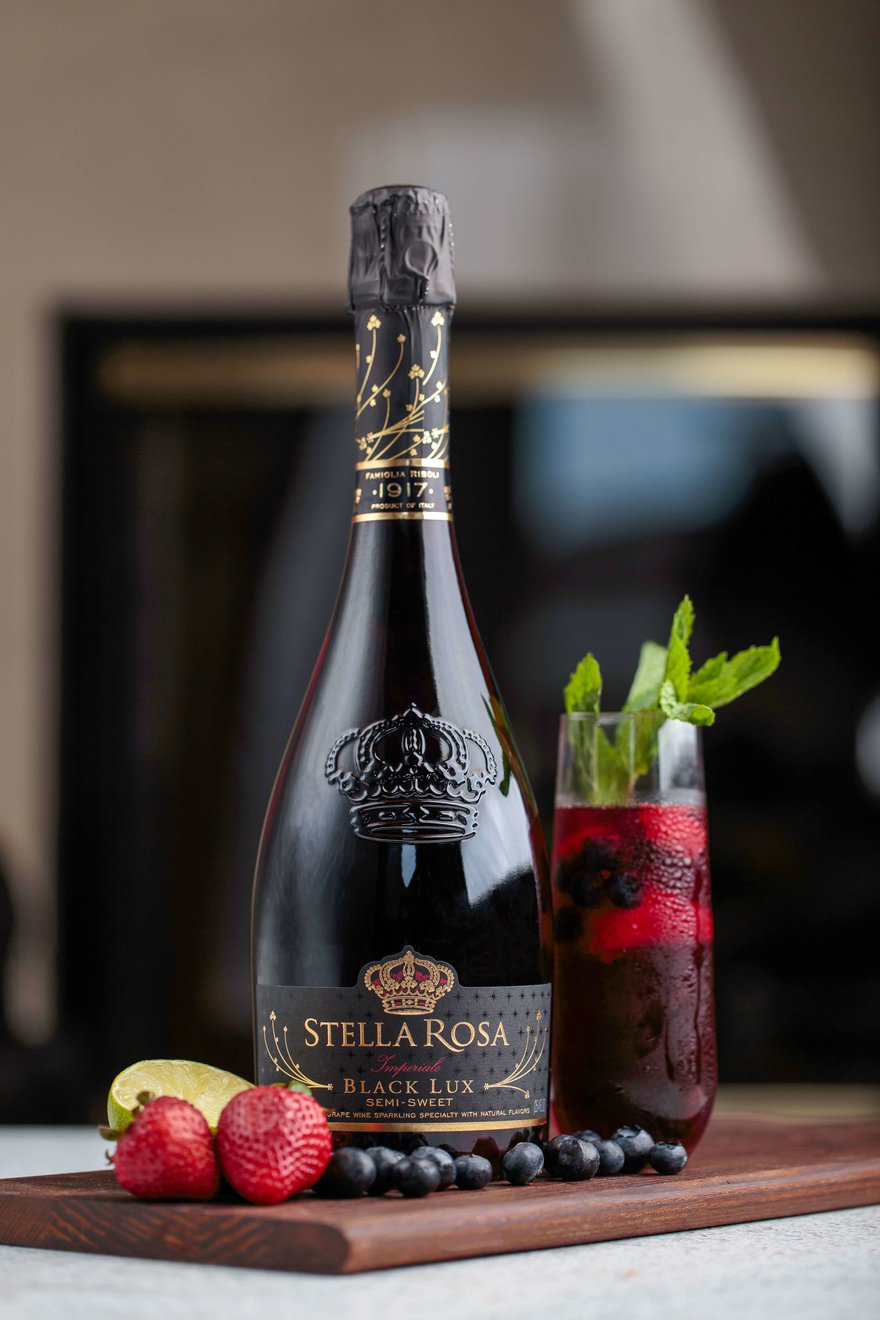 Fill Collins glass, Champagne flute or other tall glass with strawberries and blueberries. Pour in Stella Rosa Black Lux. Add a squeeze of lime juice and a drizzle of honey. Garnish with a sprig of mint. 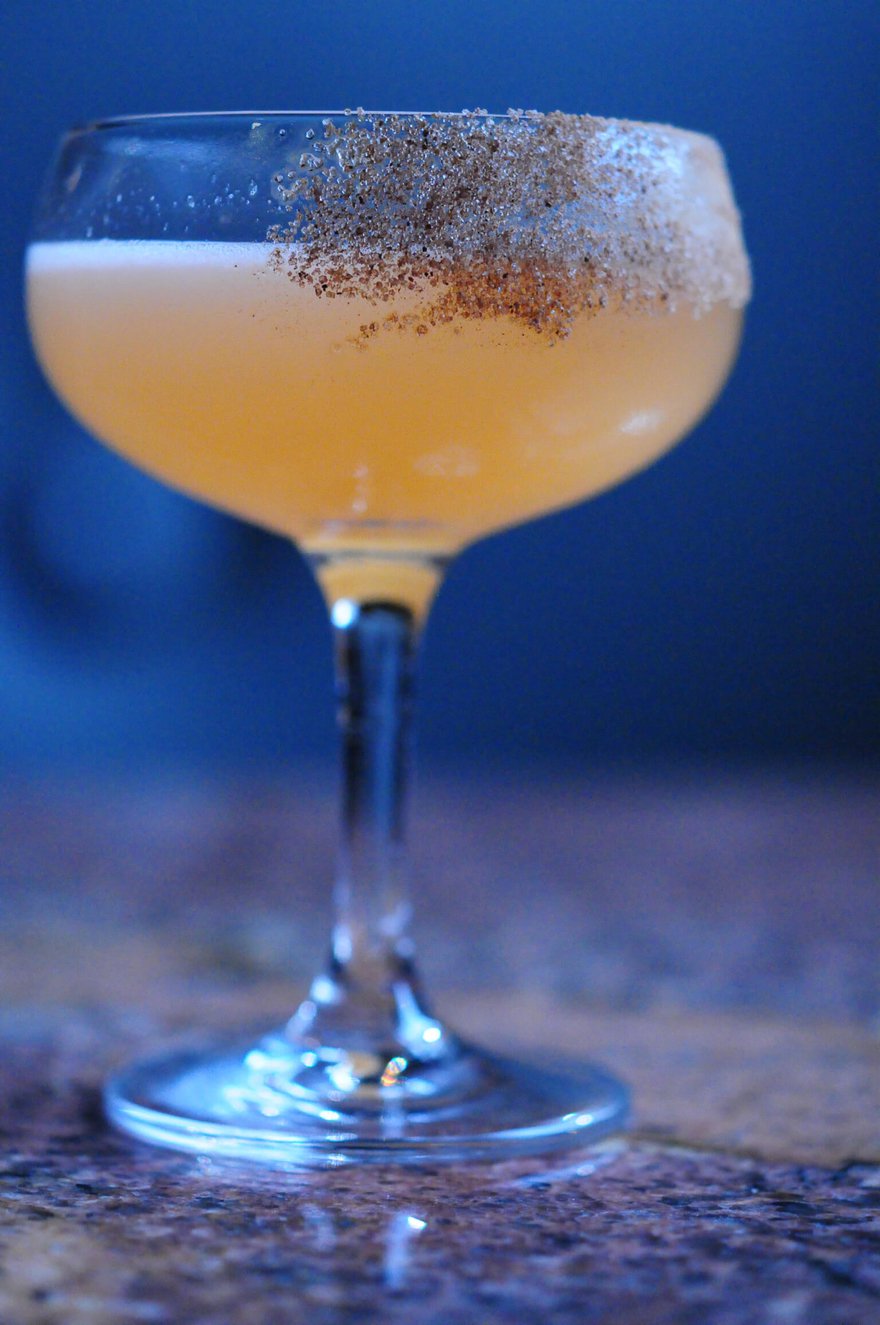 Rim a coupe glass with cinnamon. Pour ingredients into a shaker with ice. Shake and strain into prepared coupe glass.

For the Cinnamon syrup:

Heat water and sugar until all sugar dissolves. Remove from heat and steep cinnamon for one hour. Remove cinnamon and bottle syrup.