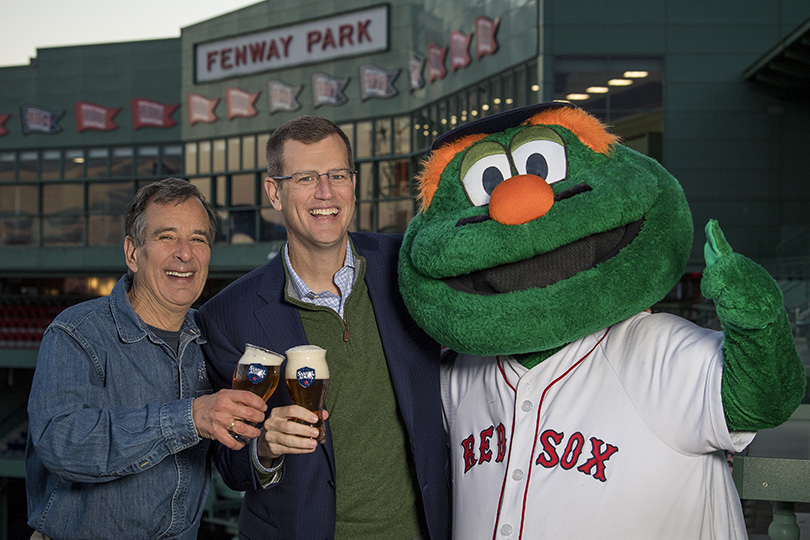 In 1984, Samuel Adams founder Jim Koch hit the streets of Boston, going door-to-door to introduce bartenders to his new full-flavored beer, Samuel Adams Boston Lager.  Sam Adams’ flagship beer, a leader of America’s craft beer revolution, was born in Boston.  Many of the first bars and restaurants that carried the local brewer’s beer were around the Fenway neighborhood, giving special meaning to the new partnership.

“I moved to Boston the year of the ‘Impossible Dream Season’.  Now visitors to this historic ballpark will enjoy the freshest Sam Adams beer, while watching an incredible team, playing under our sign over in right field.  It’s my personal impossible dream come true,” said Jim Koch, founder and brewer of Samuel Adams.  “We got our start right here in Boston, and for the past three decades we’ve worked our butts off to stay independent and brew great beer. As the official beer of the Red Sox, we get to celebrate our New England roots with millions of other fans as soon as the season kicks off.”

Visitors to Boston’s storied Fenway Park will start to see the multi-year partnership come to life as soon as January 2018. Details of the agreement include:

Sam Adams is the first American craft brewer to enter into a partnership with a Major League Baseball franchise, for this length of time and at this level.  The move continues to highlight an important cultural shift as the popularity of American craft beer provides new opportunities for Independent craft brewers.

“Both the Red Sox and Sam Adams are rooted in Boston tradition and history, and Jim Koch and the entire team are as passionate about beer as we are about baseball,” said Red Sox President and CEO Sam Kennedy. “We are excited for this long-term partnership, and look forward to working collaboratively to represent Boston through our two brands.”

This also marks the first professional team partnership, of this scale, for Samuel Adams.  The local craft brewer has also been the official beer of the Boston Marathon for several years, and over the years has had limited sponsorships or other arrangements with the Red Sox, The Patriots, the Celtics and the Bruins.  Since opening the Samuel Adams Boston Brewery, the brewer has donated beer and tour proceeds to support hundreds of local and regional charities, as part of its commitment as a New England neighbor. 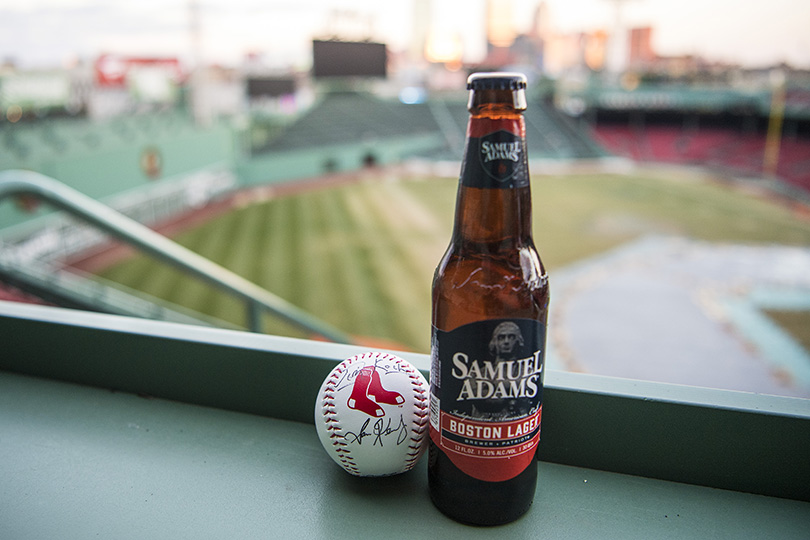 A baseball autographed by Samuel Adams Founder Jim Koch and Boston Red Sox President and CEO Sam Kennedy is displayed next to a bottle of beer during the announcement of a partnership at Fenway Park in Boston, Massachusetts Thursday, December 7, 2017. (Photo by Billie Weiss/Boston Red Sox)

Samuel Adams is a leading independent, American craft brewer that helped to launch the craft beer revolution.  The brewery began in 1984 when Founder and Brewer Jim Koch used a generations-old family recipe to brew beer in his kitchen. Inspired and unafraid to challenge conventional thinking about beer, Jim brought the recipe to life with hopes drinkers would appreciate the complex, full-flavor and started sampling the beer in Boston.  He named the flagship brew Samuel Adams Boston Lager in recognition of one of our nation’s founding fathers, a revolutionary man of independent and pioneering spirit.  Today, Samuel Adams is one of world’s most awarded breweries and remains focused on crafting the highest quality beers through innovation and experimentation in the relentless pursuit of better.  Samuel Adams remains dedicated to elevating and growing the American craft beer industry overall, including providing education and support for entrepreneurs and fellow brewers through its philanthropic program, Brewing the American Dream, which helps others pursue their American Dream.  For more information, please visit www.samueladams.com.