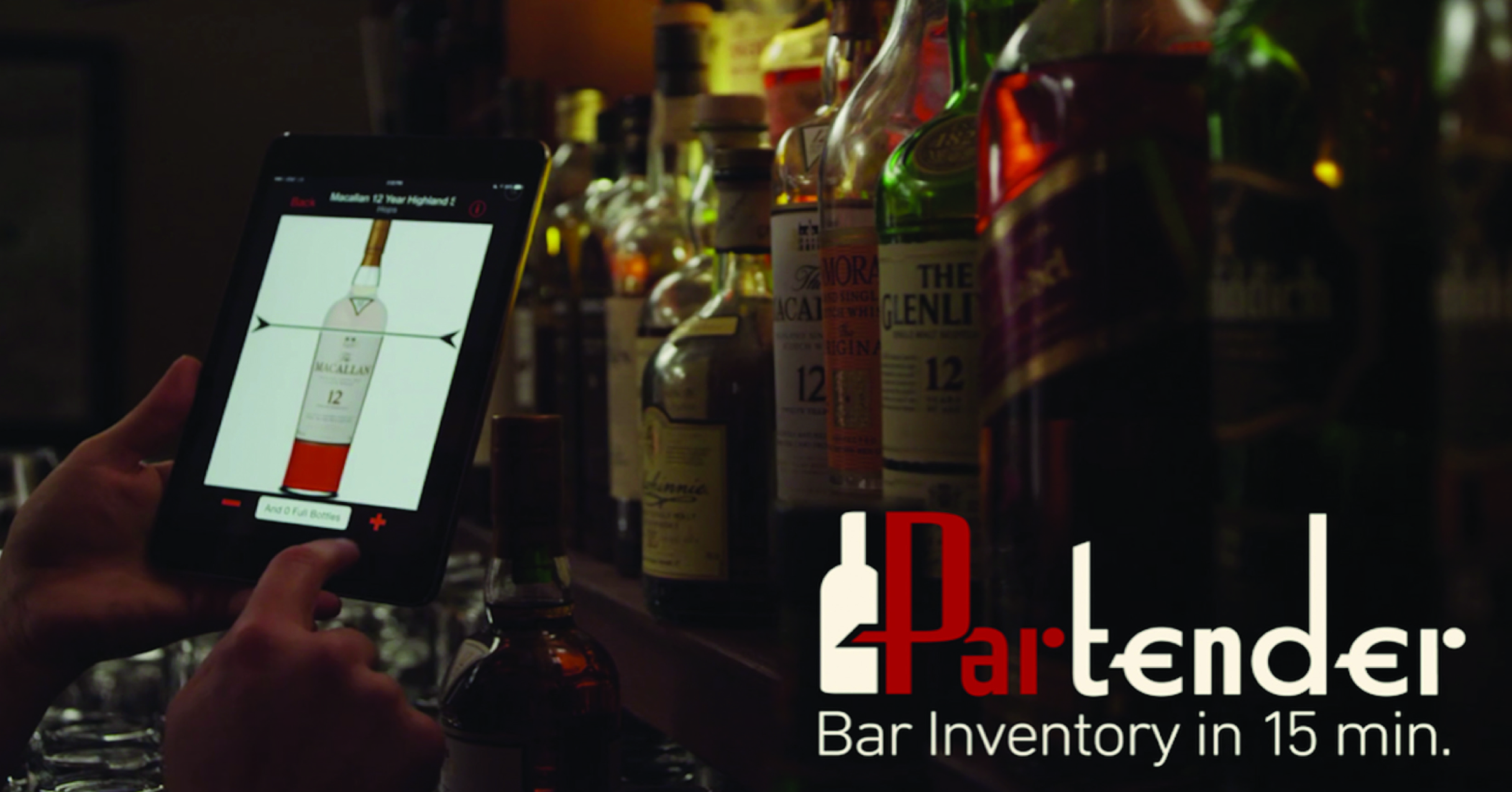 How Two Roads, Sodexo and United Airlines are Getting Ahead by Utilizing Real-Time Consumer Insights to Improve the Guest Experience, Maximize Profits and Increase Employee Quality of Life

L’Auberge Del Mar, one of Destination Hotels’ signature properties with multiple outlets, recently brought in Partender to improve their inventory process. The problem? The property’s abundant selection of nearly 800 beverages (most being wine) meant that just counting inventory required as many as 6 people and would take 4 days to complete. After counting, the hotel’s Food and Beverage Manager, Patrick McLennan, would often have to wait up to two weeks to get final cost numbers back from accounting. To tackle the problem, McLennan brought in the National Accounts team at Partender.

To his surprise and under their on-site guidance, Partender was fully implemented in just two days. It ended with McLennan’s team fully trained and able to bring a multi-week inventory, ordering and accounting process down to just 3 hours. At the same time, McLennan now receives his beverage cost instantly.

With speed, accuracy and consistency on their side, and in less than five weeks after their first Partender inventory, L’Auberge was able to decrease its beverage cost from upwards of 28% to 18.1% – adding 10% gross profit to the bottom line. The savings continued the following month, proving out an immediate and transparent ROI on Partender.

“It’s impressive to see the impact Partender can make in streamlining our inventory operations in such a short amount of time. I’m looking forward to seeing how much more we can improve profitability in the coming months and beyond, with the help of Partender,” says McLennan.

Partender has been making headlines on Spike TV’s “Bar Rescue” and in publications like Forbes, which named sibling founders Anjali and Nik Kundra in its “30-Under-30” for their innovations in food and drink. The duo’s simple-to-use yet powerful technology transforms managers and bartenders, burdened with the arduous task of bar inventory, into efficient operators with more time to spend with customers and staff.

United Airlines – what one year of using Partender did for the third largest airline in the world.

A little over a year ago, Sodexo, one of the world’s leading facilities management organizations, acquired the United Airlines partnership and led strategic changes to worldwide operations. One of the focal points was the introduction of Partender to elevate their beverage program and gain a tactical advantage to operate at the highest level of efficiency.

Prior to adopting Partender, Sodexo-managed United Clubs utilized the aged sheet-to-shelf inventory process, manually counting bottles 1-3x daily using paper/pen, as well as end-of-month, and without deep insights. “As you can imagine,” says Dave Hatcher, Vice President of Operations Global Aviation Sodexo Sports & Leisure, “our inventory process was antiquated, time-consuming and allowed for a wide margin of error. The ability to speed up this process and manage from the top down and by site was welcomed and effective.”

Now, United does full inventory just twice a week – once for ordering and once for closing out the books – and understands exactly what’s being consumed and what’s trending inside their clubs.

Those values were only achievable by Sodexo’s implementation of Partender, which dramatically increased speed, consistency and accuracy across the board, even at United’s most complicated operations.

San Francisco International Airport is one of the largest hubs within the United network, with Sodexo managing 5 lounge locations. Angel Gabriel, the Bar Supervisor at SFO, embraced the opportunity to optimize operations. By reducing inventory time from hours to a few minutes, he was able to start managing inventory, orders and financial reporting for all 5 clubs on his own. “Partender has given me control over my operations, and having full control and a true understanding of what’s going on in your establishment is a powerful thing. Especially since it now takes me longer to walk between clubs than to do my inventory (10 minutes), I get to spend more time taking care of our guests and less time on paperwork. Finally, we’re able to focus on what we’re here for – hospitality.” 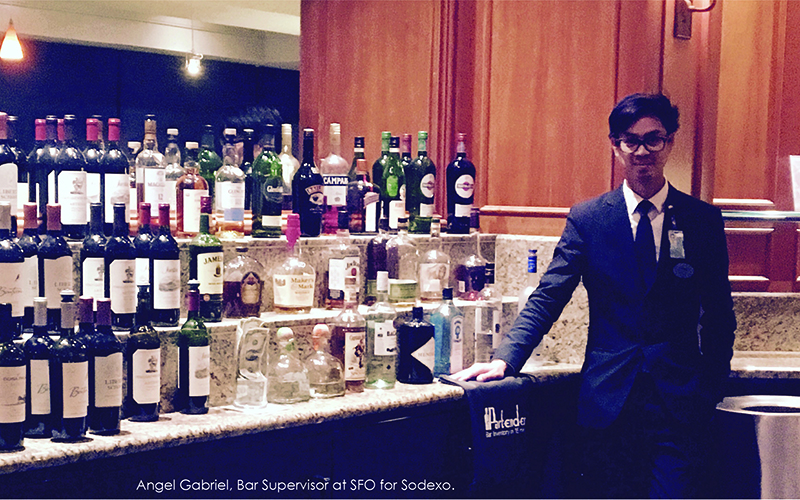 As Sodexo continued to roll out Partender across the country, it saw new values emerge daily:

Increase in Workforce with No Added Cost

“It used to take us at least an hour to do full inventory, and we didn’t even count open bottles. Now, it only takes 15 minutes! Getting your time back to prioritize bigger projects is amazing.” – Amanda Klimzack, General Manager at United Club in Philadelphia.

“I didn’t have any access to previous inventory data and calculation methods before Sodexo. But Partender made it easy and far better than paper/pen since anyone can use it and come up with the same, consistent numbers.” – Robin Fields, General Manager at United Club Phoenix.

“The ability to control fluctuations and foresee your inventory needs was almost impossible before Partender. Now, it’s more consistent with Partender and faster. The best win is the consistency, which we can see in our COGS.” – Marja Wallace, General Manager at United Club in Austin.

“Because of the transparency provided by Partender’s user-friendly purchasing portal, I can have one person do inventory, another person place orders, and then know exactly what should and shouldn’t be delivered or received the following day, and at which price. We’re constantly communicating with Partender.” – Amanda Klimzack, General Manager at United Club in Philadelphia.

“With our District Manager, we used Partender’s usage data to analyze what we really needed. We realized we could decrease par levels on Gin and Rum, but we needed to increase our pars for Vodka (to meet our guests’ needs). Now, we’re more efficient and we know our top movers are Smirnoff, Tito’s and Grey Goose.” – Stacy Tanskley, General Manager at United Club Houston.

With these real-time consumer insights being aggregated at the corporate level to build buying power and leverage discounts, it’s clear that Partender’s unique and patented design can lead to numerous cost-saving and revenue-boosting results. And it all starts with speed. 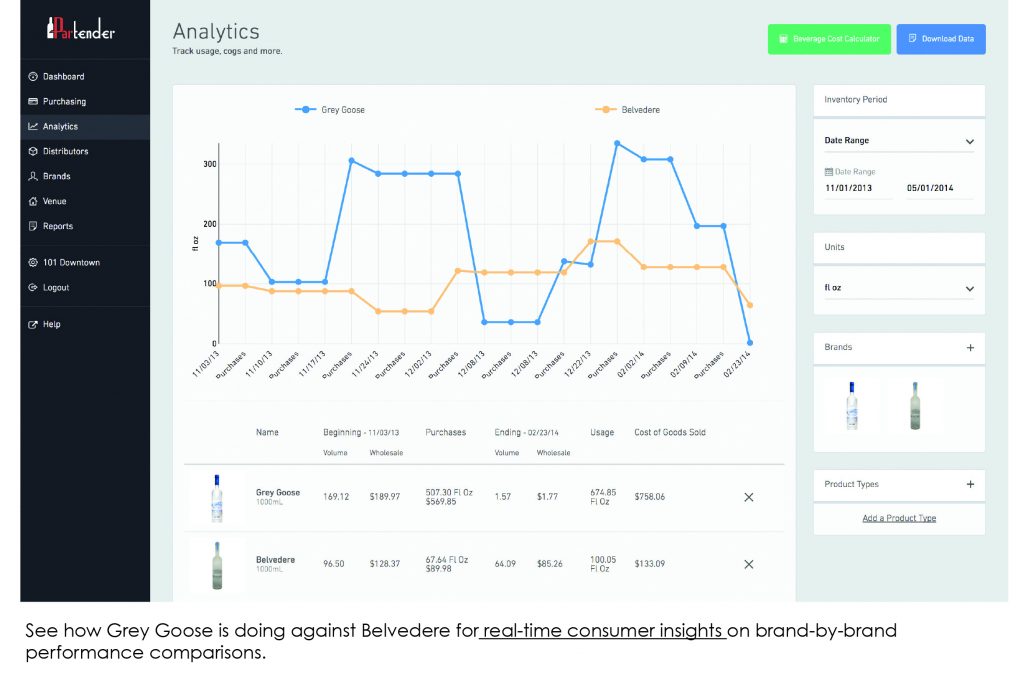 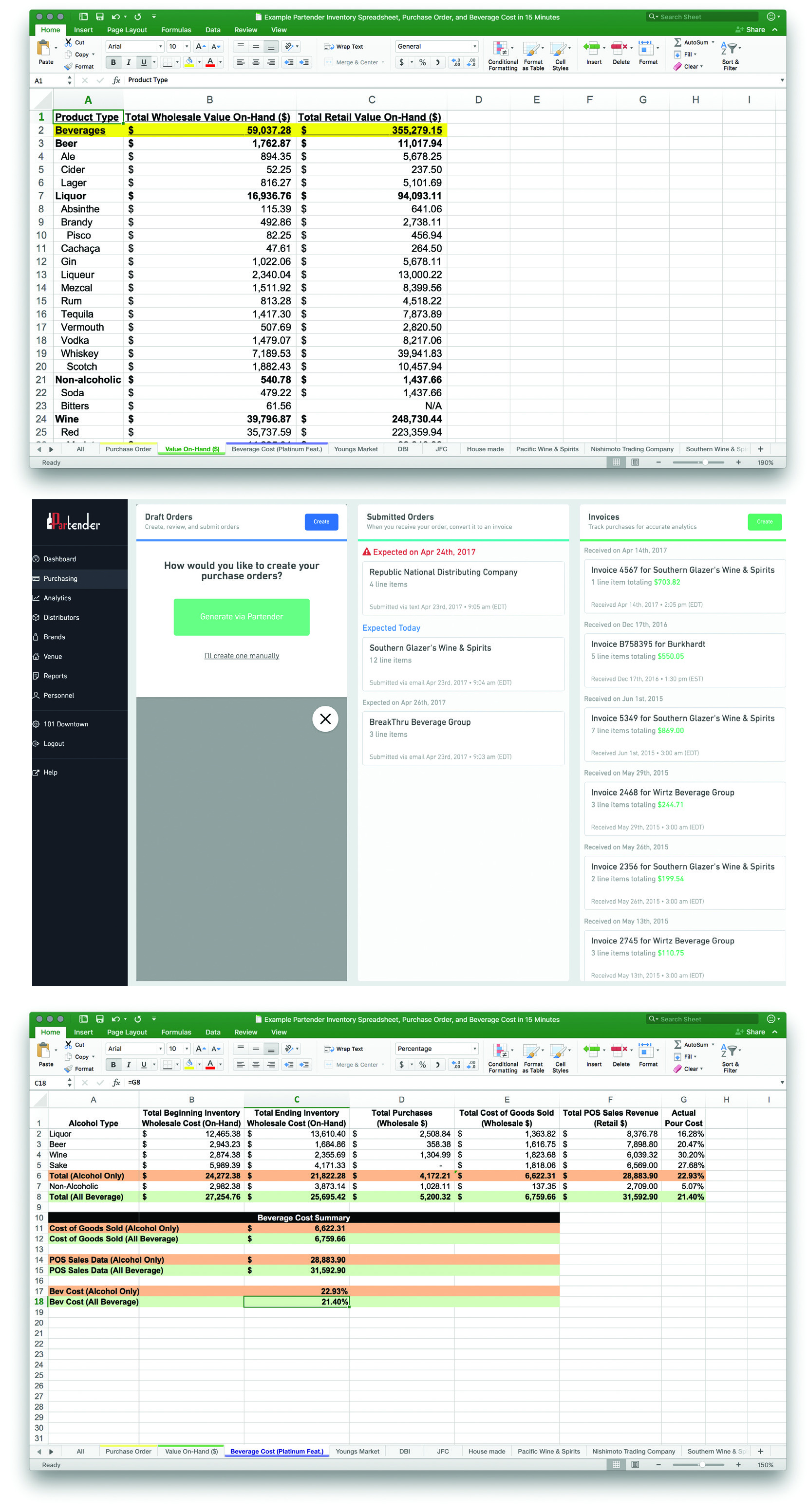