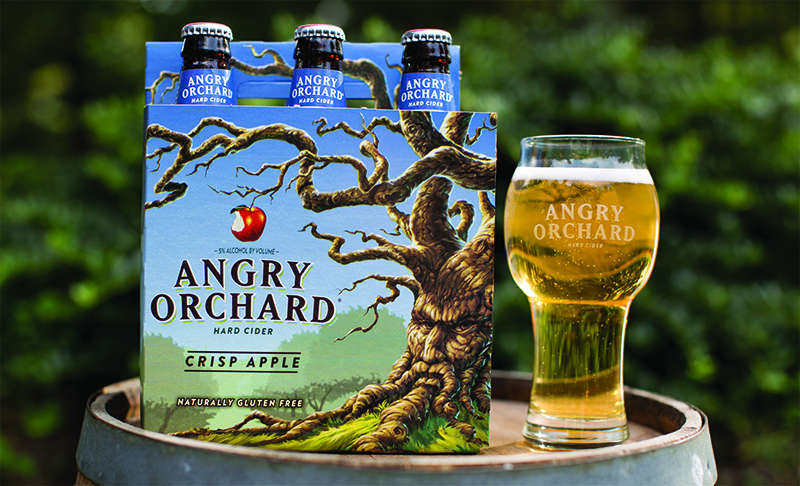 We sat down with Samuel Adams’ nano-brewer, Megan Parisi, and Angry Orchard head cider maker, Ryan Burk, to learn about new beers and ciders hitting shelves in 2018 and gain insight on industry trends.

What beers should drinkers expect from Sam Adams in 2018?

We’re constantly experimenting in our nano-brewery in Boston with unique ingredients and brewing techniques, in order to continue to bring beer lovers new and innovative beers. In 2018, we’re excited for drinkers to experience two brand new unique beers – Sam ’76 and New England IPA.

Sam ’76 delivers an unmatched combination of refreshment, flavor and aroma, by using a unique brewing method that includes both lager and ale. At just 4.7% ABV, Sam ‘76 is perfect for sessionable occasions without compromising on flavor or aroma.

Born inside our nano-brewery and previously only available to sample within the walls of our Boston Brewery, our New England IPA will now be made available to drinkers across the country in early 2018. It is a medium-bodied, hazy brew featuring a big punch of citrus juiciness. The slight sweetness is perfectly balanced by the pineapple and grapefruit hop character, without being overly bitter. At 6.8% ABV and a low 35 IBUs, the unfiltered brew leaves drinkers wanting another sip. 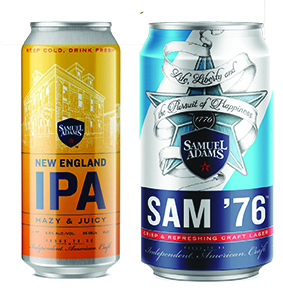 How is Sam ’76 different than any other beer brewed by Sam Adams?

Sam ’76 – we came up with the concept by experimenting with both lager and ale, to deliver a distinct flavor that showcases the flavor of an ale with the balanced refreshment of a lager. You just have to try it for yourself to understand how easy to drink this beer really is, while still being flavorful and aromatic. Feedback from drinkers who’ve had a chance to sample this beer at our brewery in Boston has been overwhelmingly positive, and we can’t wait for this beer to be available to drinkers across the country early next year.

In today’s crowded craft beer market, how do you make sure Sam Adams stands out?

Sam Adams stands out because of our passion and drive for ongoing experimentation and innovation. As the brewer in our nano-brewery in Boston, I have the amazing job of coming up with new and interesting beers and bringing a kernel of an idea to life in a delicious beer. The beauty of being a brewer is that if we think it, we can brew it!

Additionally, our Bier Keller gives us space for experimentation with non-sour barrel-aged beers and ages a variety of beers including Triple Bock, Double Bock and Cinder Bock in spent Utopias barrels. We have more ideas than we have hours in the day to brew, which is the biggest challenge for us!

That continued focus on innovation coupled with our focus on and obsession with freshness has helped us to stand apart for the past 34 years.

What new ciders is Angry Orchard launching in 2018?

One cider we’re especially excited about is the new Angry Orchard Rosé. It’s a bright, apple-forward cider with light tannins, similar to a semi-dry wine. To achieve its pink color, we use natural ingredients including rare red-fleshed apples from France. We’ve been working on a version of this cider at our cider house for the past couple of years, which is where we develop all of our recipes and drive innovation, and we’re really looking forward to having drinkers try it.

How has the cider category evolved in recent years? As the category leader, what do you see as the biggest opportunity for cider?

Despite the recent growth of hard cider in the U.S., cider is still small and being discovered by more and more people each day. For example, cider in the U.K. is about 15 percent of beer, and here in the U.S. it’s only about 1 percent, so there’s a lot of room for growth. We find ourselves in an educational phase right now, where we need to teach drinkers what cider is and what it is made of. Through education and awareness building, we have a great opportunity to establish a robust cider culture for all cider makers, not just as an “alternative to wine” but giving it its own place at the table.