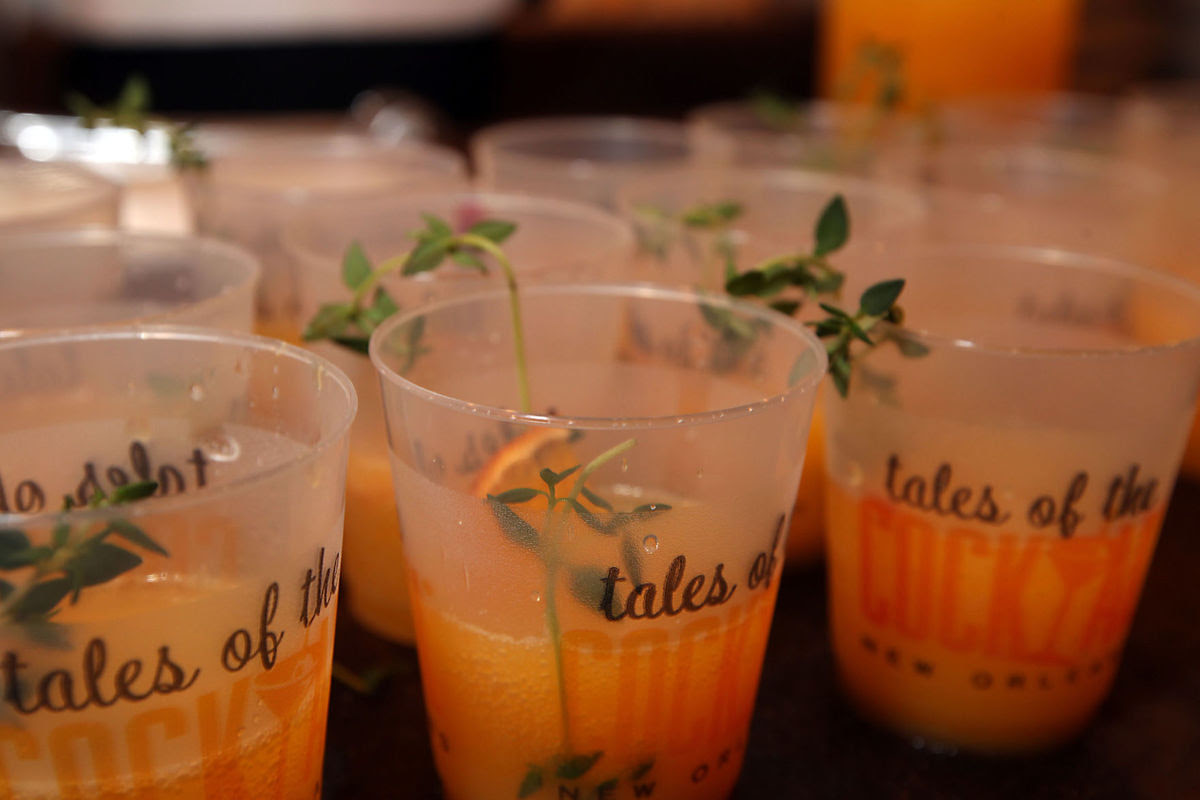 The Tales of the Cocktail festival has been good for New Orleans, helping craft a role for the city at the forefront of an evolving drinks industry and bringing in a wave of visitors in the middle of summer.

Now it has new leaders, a new nonprofit structure and a plan to expand the potential good the event can do quite a bit further.

Gary Solomon Jr., head of the local production company the Solomon Group, and Neal Bodenheimer, proprietor of the cocktail lounges Cure and Cane & Table, have completed the purchase of Tales of the Cocktail from its founders, Ann and Paul Tuennerman.

News of an impending deal was first announced in late December, beginning a period of due diligence on the business side. The partners confirmed last week that the sale has been completed. Terms were not disclosed.

The main Tales of the Cocktail event remains scheduled for July 17-22 this summer.

“Our goal will be stabilization. We don’t want to totally shake up what works, because there’s a lot that works really well,” Bodenheimer said. “But the big issues, the why-are-we-here questions, I think you should feel a difference this year.” 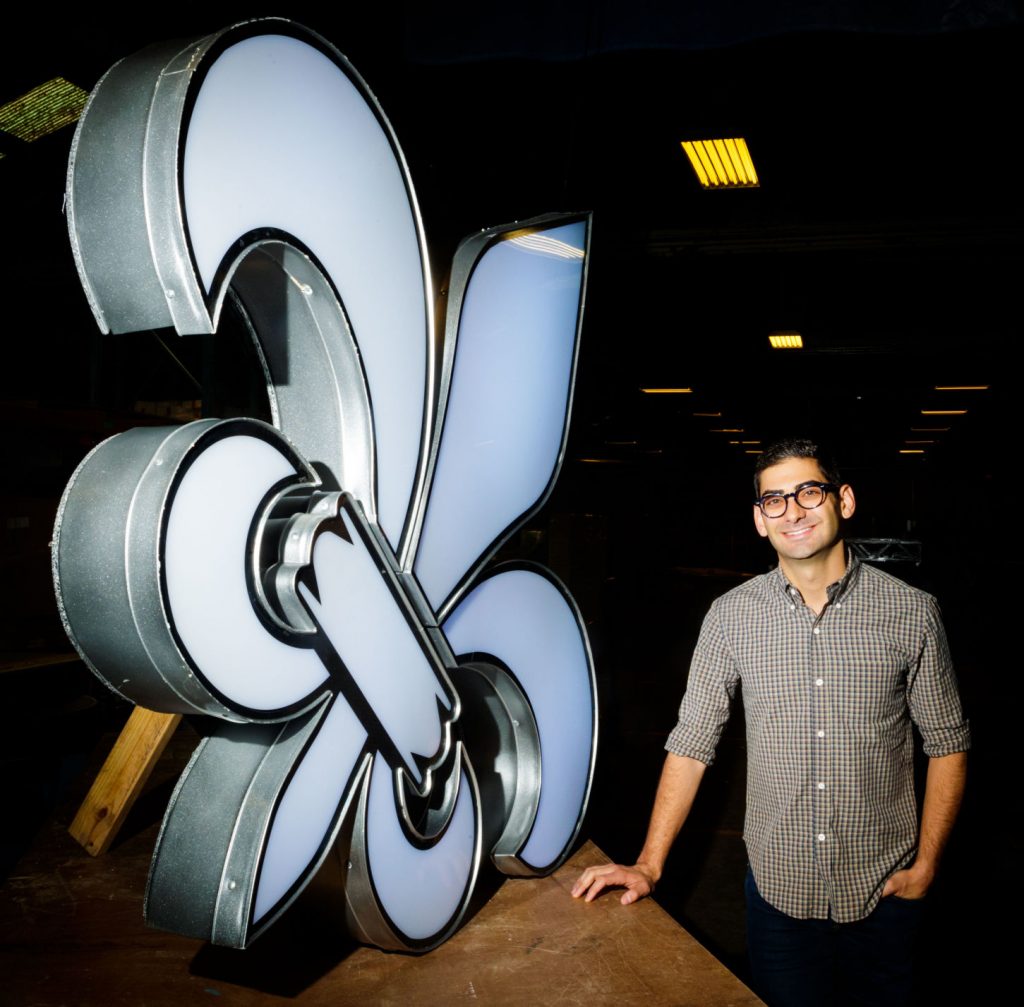 The new leadership marks the next chapter for an event and organization that started small but grew to international prominence in the spirits industry. It’s also one that has been on the rocks for the past year after outcry over a racially charged social media post led to its founders’ resignations.

With its future in doubt, many in the local hospitality industry worried that Tales of the Cocktail could shrink or even pull up stakes if bought by out-of-town investors.

Instead, the new leadership team is keeping it in New Orleans, reorganizing the entire enterprise as a nonprofit and adding a new layer to its mission by expanding its role in civic leadership and charitable giving.

In a statement, Paul Tuennerman said Tales of the Cocktail had many suitors.

“We were overwhelmed by the outpouring of support and the interest in acquiring the company,” Tuennerman said. “From the beginning, our goals were to protect the economic impact for New Orleans while making sure we passed the torch to those individuals who would further our vision and be proper stewards. We believe that the decision we made with the Solomons and Neal Bodenheimer ensures that these goals are met.”

Tourism officials have responded to the development with both praise and relief.

Mark Romig, president and CEO of the New Orleans Tourism Marketing Corp., described Tales of the Cocktail as “one of
the essential components to the New Orleans tourism industry.” 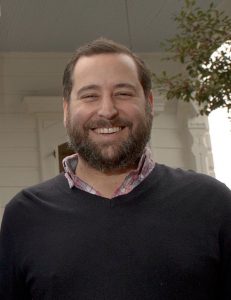 “I’m thrilled the Solomon family was able to partner with Neal Bodenheimer and provide the resources necessary to keep Tales in its hometown,” Romig said in a statement. “I can’t imagine what would have happened if we lost it.”

Kristian Sonnier, a spokesman for the New Orleans Convention & Visitors Bureau, said the event is important on multiple levels, serving both as a cultural asset for the city and as an economic boost during the summer.

“The hospitality industry is very confident in Gary and Neal’s leadership and excited about the direction they’ll take this,” Sonnier said.

The purchase was supported by Solomon’s family, which is a prominent name in New Orleans business and philanthropy. The family made a fortune in the movie theater business and has built it through the years in other sectors.

Solomon said it was the potential of Tales of the Cocktail to become a vehicle for philanthropy that drew his family’s interest.

He said they see the purchase of Tales as a contribution that can set up the event to be a permanent, revenue-producing nonprofit to fund various causes. They intend to support a mix of local organizations and others working on issues that affect the spirits industry worldwide.

The revamped Tales of the Cocktail has committed to contributing $250,000 in grants in its first year.

“The reason we got into this wasn’t because our family needed a venture in the festival business,” Solomon said. “We’ve been looking for years for an event that makes a lasting impact on people’s lives.”

Solomon said his family was inspired by the example of Hogs for the Cause, the cook-off held each March in New Orleans to support families dealing with pediatric brain cancer. It has become a national leader in this area thanks to a network of cook-off teams, raising millions of dollars.

“It’s people coming together to have a good time, and the way the event channels that interest is why they keep coming back and supporting this cause,” said Solomon. “We see a model there that can create earned revenue for a nonprofit.”

In this way, he said, people in the spirits industry who attend a networking and educational event in New Orleans will be contributing to a nonprofit that will fund a range of causes.

Solomon and Bodenheimer bought Mojo 911 and have rebranded the entire organization as the nonprofit Tales of the Cocktail Foundation.

“We look at this as an investment. The difference is the profits from this investment are going back into the community,” Solomon said.

Growing with a culture

Ann Tuennerman founded Tales of the Cocktail in 2002 as a walking tour of New Orleans bars. It evolved into a small conference of cocktail enthusiasts centered at the Hotel Monteleone’s Carousel Bar. It grew at a time when a cocktail renaissance was taking root across the country.

The nascent event gave the leaders of this movement a place to convene, and as the one-time niche business of craft cocktails became a big business, Tales of the Cocktail emerged as an important stop for career-building and brand development.

Along the way, it also helped change New Orleans’ image in the drinks world from Bourbon Street debauchery to a more sophisticated blend of historic roots and modern trends.

The Tuennermans expanded with other events at home and overseas. One of those international events, in Edinburgh, Scotland, continues in April this year.

But the main event has always been in New Orleans in July. That is typically a slow time for the city’s tourism business, and the estimated 15,000 attendees and $18 million annual economic impact the event brings are a highpoint of summer business here.

But as Tales of the Cocktail became a more prominent platform for the spirits industry and the bartender community, it has also become a focal point for issues within them. That includes questions of inclusion and minority representation, and that helped fuel the impassioned response to the Tuennermans’ online incident.

The imbroglio began on Mardi Gras morning in 2017. Before riding in the Zulu parade, Ann Tuennerman posted a Facebook Live video of her wearing Zulu’s traditional costume, which includes blackface makeup.

While the costume and Zulu’s role as the city’s premier African-American krewe are widely understood in New Orleans, the image of Tuennerman, who is white, dressed in blackface was bound to be an issue as the social media post spread. The post included a comment from Paul Tuennerman that many deemed to be racially insensitive.

Official apologies soon followed, along with Paul Tuennerman’s resignation. But as anger grew, the incident became an entry point for broader complaints about Tales of the Cocktail.

While the July event went on as scheduled, by September media reports that Paul Tuennerman was returning to the organization prompted a new flare-up. Both founders soon resigned and announced their intention to sell Tales of the Cocktail.

While the full nonprofit structure is new and the grant-making approach is expanding, Bodenheimer said Tales of the Cocktail will still be focused on its original purpose.

“Ultimately the only way Tales works is if we serve bartenders and the industry, because that’s who our sponsors want to reach,” Bodenheimer said. “If we do that, we’re serving the community by keeping this a strong local event.”

The partners acknowledged that the event will be under scrutiny as it proceeds, with many in the industry watching to see where the new owners take it, especially after its recent turmoil.

“When you buy a business, you inherit its issues. What differentiates you is how you deal with those,” Solomon said.

Issues of diversity and inclusion are roiling many different industries, and Solomon said that while their conference likely cannot solve them all it can provide a “well-built platform to lead the industry in these issues.”

“We look at the things we can control,” Solomon said. “We can make sure we attract and fund attendees from diverse backgrounds, so they can participate in the event. We can control that. When they get here, we can make sure there are programs where you’re hearing from people from diverse backgrounds and finding programs that speak to these issues. And ultimately, it’s where the money goes when we make grants. We can control that too.”

Both Solomon and Bodenheimer are New Orleans natives with deep roots in the city. They also have their own histories with Tales for the Cocktail. Solomon has worked with the event through his production company in past years, while Bodenheimer has been a participant and speaker and has hosted official Tales of the Cocktail events at his venues.

“I think we bring a lot of familiarity to it, but we also know there’s going to be a lot of pressure on us to do it right,” said Bodenheimer. “We’re calling on a lot of people to help us, because we know we can’t do this on our own.”