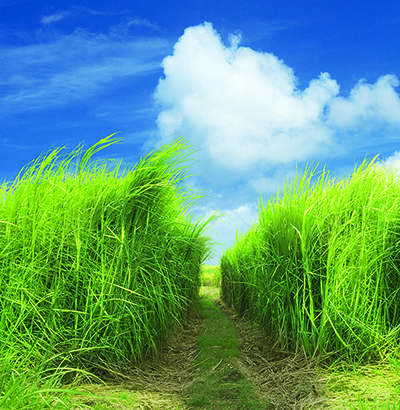 I was first introduced to Rhum Agricole in the 1990s but without the context of what to do with it, it didn’t make the impression that I got a decade later from attending a seminar with Benjamin Mélim-Jones of Clément Rhum, at Tales of the Cocktail in New Orleans. It was there that I was given a Ti’ Punch, the iconic cocktail of the French Caribbean, and also sipped a Clément XO for the first time from Martinique AOC.

While sugar cane has been grown in the French Caribbean islands since 1640, the development of Rhum Agricole, as we know it today, is a relatively modern development. Historically, cane was planted mostly for sugar production. During World War I, production soared when France needed more alcohol to fuel the war. However, when France imposed importation restrictions on the French Caribbean islands in 1922, which continued until the 1960s, the result was an almost total loss of production.

What distinguishes Rhum Agricole from its other Rum counterparts is that it is made from fermented, freshly pressed cane juice rather than from molasses, a sugar by-product. Not all Rums from Martinique are Rhum Agricole – 40 percent of the island’s cane production is intended to produce molasses, which is used to make Rhum Traditionnel (or industrial Rum). 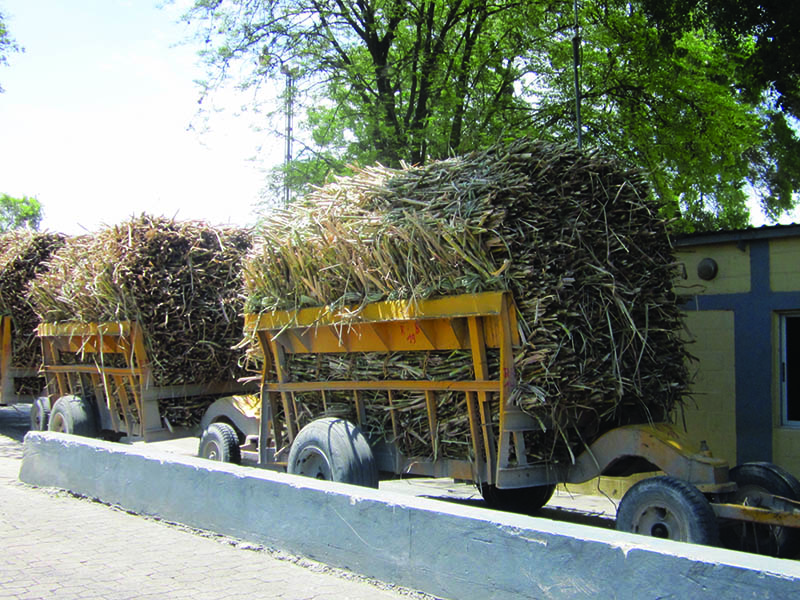 Fresh cane headed to a distillery.

The other differentiation from industrial Rum is that Rhum Agricole can be a reflection of the terroir in which it is grown. It needs to be processed as close to the sugar plantations as possible so that the juice is as fresh as possible and has not had a chance to oxidize. Even after many years of aging in oak barrels, the subtle flavors from a sense of place still shine through. For example, in Martinique and the Guadeloupe islands, it is not merely the volcanic soils that give a sense of place but also whether the plantations are on the cooler, leeward eastern Atlantic side where more vegetal notes predominate, or on the western side of the islands where there is a fruitier note.

Rhums Agricoles are more expensive to produce because of the handling of the fresh cane juice and the degree of manual labor involved. Many plantations’ crops are still harvested by hand to reduce damage to the cane and the topography. Cane fields frequently need to be burned before harvesting in January to April to get rid of snakes and weeds. AOC regulations also include geographic restrictions, such as the amount of irrigation that can be used and yields, thereby preventing the use of fertilizers. All these and other factors make Rhums more expensive to produce. As the focus has been on quality, there is a perception that this is more of a luxury product.

There are 10 producers in Martinique that are bound by AOC production restrictions, just as such regulations determine French wines. They must use only column stills and have a set range and size of rectifying plates. The fermentation must be spontaneous and the alcohol density off the still must range between 65% and 75% ABV.

There are three categories of Rhum Agricole. The first is Rhum Blanc (White Rum) that has to be aged at least three months, but exactly three months if aged in wood barrels. This Rhum must be colorless with 40% to 55% alcohol by volume concentration. These Rhums have character with slightly grassy herbaceous notes, along with floral and tropical fruit notes. 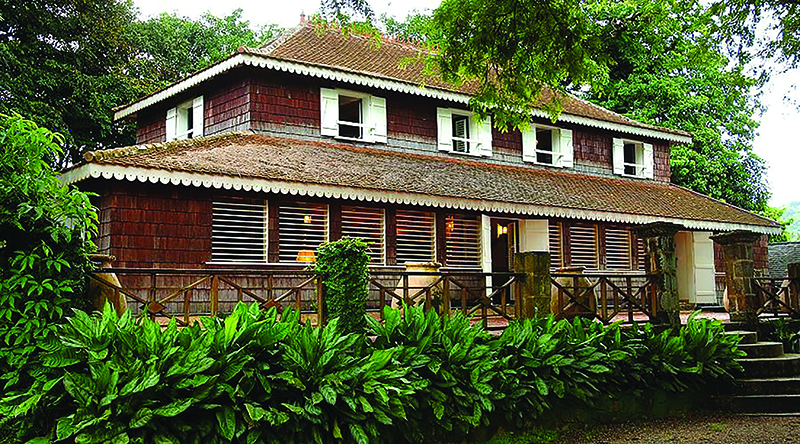 The second category is Rhum Ambré (Brown Rum), which is oak-barrel aged for a minimum of 18 months. Sometimes this category is labeled as Rhum Paillé (Straw Rum) or Rhum “elevé sous bois.” These Rhums are richer on the palate with greater smoothness, and they have more vanilla, gingerbread spice and nutty aromas.

The third category is Rhum Vieux (Old Rum) that has been aged a minimum of three years. All Rhums must be aged in oak barrels no smaller than 650 liters and are usually made from Limousin French oak or re-charred Bourbon barrels. Due to the level of humidity, the evaporative rate is approximately nine percent per year with a 1% to 1.5% ABV loss per year. The “minimum aging” for these categories refers to the minimum aging of any Rhum in the blend. Within this category the following terms have been defined: VO, aged a minimum three years; VOSP, aged a minimum of four years; XO, aged a minimum of six years. Additionally, one finds some producers releasing Rhum Millésimé, which is a vintage Rhum whose name refers to the year of the cane harvesting. These Rhums are definitely more reminiscent of Cognac or aged sipping Bourbons with complexity and lingering warmth. The vegetal notes still remain in the background, giving away their provenance, but they have sweet, dried-fruit notes overladen with baking spices and white pepper. Delicious! 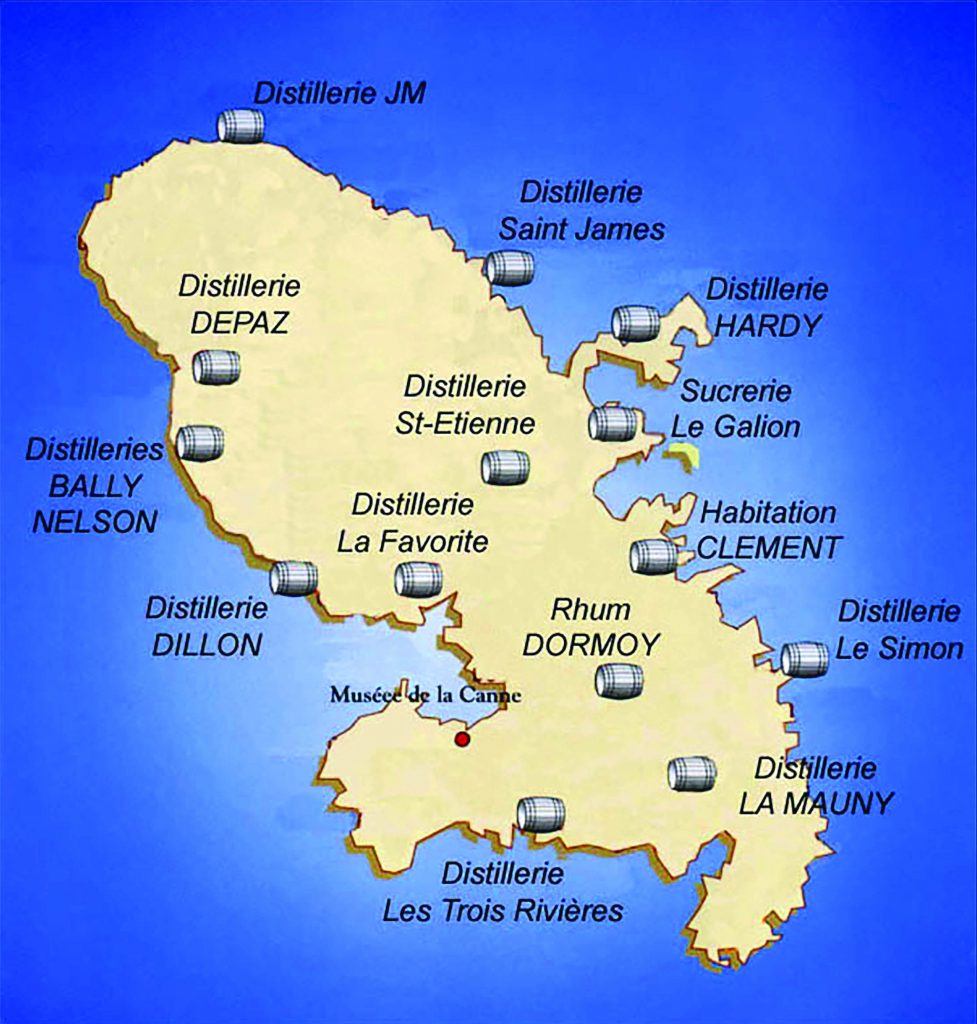 As mentioned in my introduction, context can be everything, so below is a Ti’ Punch (pronounced “tea punch”) recipe, which is the ubiquitous Martinique cocktail. What I really like about it, aside from the flavor and character of this cocktail, is its potential for an interactive guest component. The cocktail shares much with other Caribbean cocktails such as the daiquiri.

It is simply 2 ounces of Rhum Blanc or Rhum Amber, 4 disks of fresh lime that are muddled in an Old-Fashioned glass, and 2 teaspoons of cane syrup. Add one large ice cube or crushed ice.

And voilà, you and your guest can dream of being on a beautiful tropical island paradise such as Martinique. There’s nothing like a beverage that gives your guest a sense of place. À votre santé.