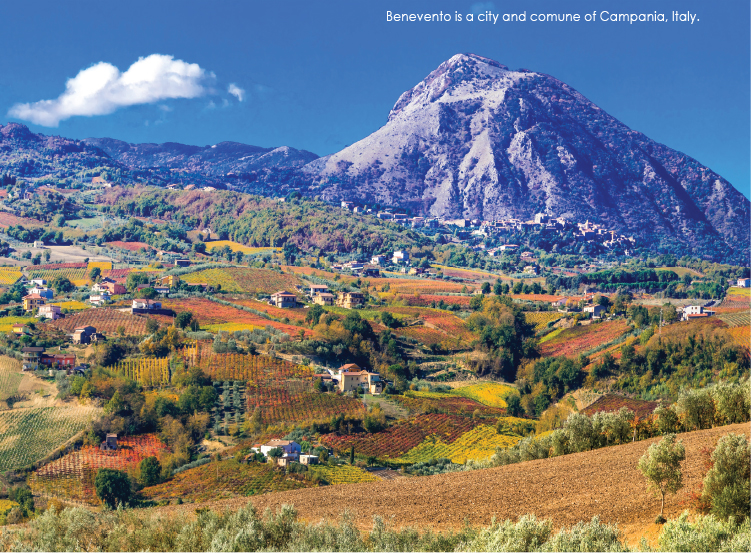 I attended the first Volcanic Wines Conference on March 27 in New York City’s Pavilion Center, and my preliminary answer to the title of this article is, “YES.” First, as was emphasized by the conference’s spokesperson and leader John Szabo, Master Sommelier and author of Volcanic Wines: Salt, Grit and Power, there is no such thing as a volcanic wine but wines grown in volcanic soils. These soils represent less than one percent of all soils but produce a high percentage of the world’s top quality wines. While not all countries that have volcanic soils were represented, six of them had wineries representing them: U.S. (California), Chile, Greece, Hungary, Italy and Portugal.

The intention of the conference was to learn “the links between wines and their soil profiles” and to determine if there exists a thread that ties them together. The commonality among these varied climatic sites is their basaltic and volcanic soils with low pH giving tastes of “minerality” and “salinity.” These latter terms were unused by the wine community a mere 40 years ago but are currently bandied about with increasing frequency to describe wines that generally have high acidity, lower fruit expression and a persistent finish that leaves a distinct lasting taste impression, which is otherwise difficult to describe. This minerally taste, it is argued, comes from the mineral salts present in higher concentration than other terroirs. The challenge is that the vine only absorbs what it needs and there is no proven scientific correlation between trace minerals and taste or odors.

Regardless of whether one accepts the premise, the wines presented were not only excellent but held a distinctiveness of place. As readers of my previous articles on wines from volcanic places – such as the Azorean island of Pico, the Greek isle of Santorini or Mount Etna of Sicily – would recognize, these remote areas were extremely challenging to grow vines commercially. They are inheritances of systems that our ancestors dating back to ancient times would recognize. In a sense, their remoteness or topographical challenges allowed them to become living museums of viticulture preserving varieties that may otherwise have become lost – varieties such as Arinto do Açores, Assyrtiko or the Nerello Mascalese.

While the wines from these regions were well represented at the conference, I was very appreciative of learning more and tasting through the wines of Soave and Campania and its neighboring region. It was very enlightening to have volcanologist Dr. Georges Vougioukalaki and geologist Dr. Kevin Pogue explain the different causes and types of volcanic eruptions and their contributions to the landscapes and soils. While seemingly obvious but overlooked by most, the impact of climate on the degradation of these fertile volcanic soils is also a key to understanding. For example, Costa Rican soils are 10 times younger than the soils of Santorini. But they are clay rich and wet as a result of tropical rains, in contrast to Santorini’s dry non-decomposed soils. Of course, other elements are important to the wines’ development, such as the increase in soil temperature due to the black volcanic soils’ heat retention during the day. The heat retention impacts the temperature of the grape berries and correlates to ripeness levels. Unbeknownst to most wine drinkers, or professionals for that matter, the Consorzio of Soave won approval for a French Burgundian “cru” type of system in which there are currently 33 designated vineyards. This development was a reaction to the public’s less-than-enthusiastic embrace of Soave wines, which have not been generally perceived as being of high quality. That is a shame because the wines of Soave Classico are very different today from 20 or 30 years ago. This perception emanated from the commercial success of wines from the larger Soave Valley – a region where quantity trumped quality – rather than the original Classico hilly/mountainous volcanic site. Of the eight Soave wines I tasted, all reflected a high acid, chamomile, floral, passion fruit savoriness with a persistent minerally finish. I particularly enjoyed the Inama Vignetti di Foscarino Soave Classico 2013, the Monte Tondo Soave Superiore Foscarini Slavius 2016 and the Vincenti Soave Sueriore DOCG “Il Casale” 2016. These wines were made 100 percent from Garganega grape variety, which was brought by the Romans into this region over 2,000 years ago from Greece. They showed that they are age-worthy with the potential to evolve with complexity.

I learned some new facts and was excited to taste a wine I had never had before, in a session on volcanic Italy that primarily focused of the Aglianico grape, with panelists John Szabo, MS and Jesse Becker, MS along with Dr. Kevin Pogue, geology professor at Whitman College. We tasted the Aglianico wines of Taurasi DOCG, which has always been a favorite of mine with its dark fruit, tobacco-structured tannins and minerally finish – the Mastrobernardino Radici 2009 being exemplary. The Bisceglia Aglianico del Vulture DOC Gudarrà 2014 had great red fruit on the nose with more violet and herbal notes and greater acidity, making it a little more refreshing. The Galardi Terra di Lavoro Roccamonfina 2012 is a cult wine from a 22-acre site located north of Naples in a volcanic caldera that benefits from cooling Mediterranean breezes. From aerial photos, one can see a new volcano rising and, as Dr. Pogue pointed out, he would not choose to reside in one of the villages lying on the slopes of the rising volcano.

Another wine I had never tried was the Mastrobernardino Villa Dei Misteri Rosso Pompeiano IGT 2008. This is a site located in Pompei and is a joint project with the Italian government to replicate a vineyard that was frozen in time from the Vesuvian explosion of A.D. 79. The wine is made from the Piedirosso grape blended with 10 percent Sciascinoso, a varietal I am not familiar with. I bring this wine to the reader’s attention because I think it reflects one of the key elements that has brought new popularity to and focus on volcanic wines. There is an almost primordial attraction that we as humans have to volcanoes. They are both beautiful (from a distance) and menacingly powerful, which is rather humbling. That farming has taken place for millennia in their proximity is both a recognition of the fertility of these mineral rich soils and perhaps our admiration for man’s determination and adaptation to hostile environments.

I also attended a session on Santorini with Drs. Yiannis Paraskevopoulos and Georges Vougioukalakis. It was a fascinating session on the geological evolution of Santorini with its multiple eruptions over hundreds of thousands of years, the most notable being the one referred to as the Minoan Eruption that has been pinpointed to 1613 B.C., which was most likely the cause of the Minoan civilization’s demise. One of the more surprising aspects of all the wines tasted is the differences in the terroirs from village to village and how the wines evolve with bottle age. The extraordinary wines have both the high acidity with very low pH but achieve alcohol levels of 13.5% to almost 15%. The lemony, citrusy and savory characters of the wines still shine through, even when oak aged. The finish to the wines is very persistent and leaves that minerally, almost saline character on one’s palate, leading one to want another sip. Perhaps it is the proximity of the sea air to the vineyards that has an impact on the vines and contributes to the wines’ saltiness – certainly a topic that could be explored further. Some of the top producers present included Estate Argyros, Artemis Karamolegos Winery, Boutari Wineries, Canava Roussos, Gaia Wines, Gavalas Winery, Hatzidakis Winery, Koutsoyannopoulos Winery, Santo Wines, Domaine Sigalas and Venetsanos Winery.

At the grand tasting of the conference, I was pleased to taste three very good Hungarian producers from the basalt region of Badacsony PDO in the Balaton Highlands as well as from the Tokaj region, best known for its luscious, balanced sweet botrytized wines. The three producers included Rieslings and Furmint from the Gilvesy winery, the Köveskàl 2016 and Rezeda 2016 from the Káli Kövek winery made from Olaszrizling grape variety, known as Welschriesling or Italian Riesling elsewhere but confusingly having no direct relation to Riesling. Whether these wines with their racy acidity or the wines from the famed Disznókö winery with a delicious Tokaji Aszú 6 Puttonyos Kapi Vineyard 2011, it is the wines’ finishes that link them all together. 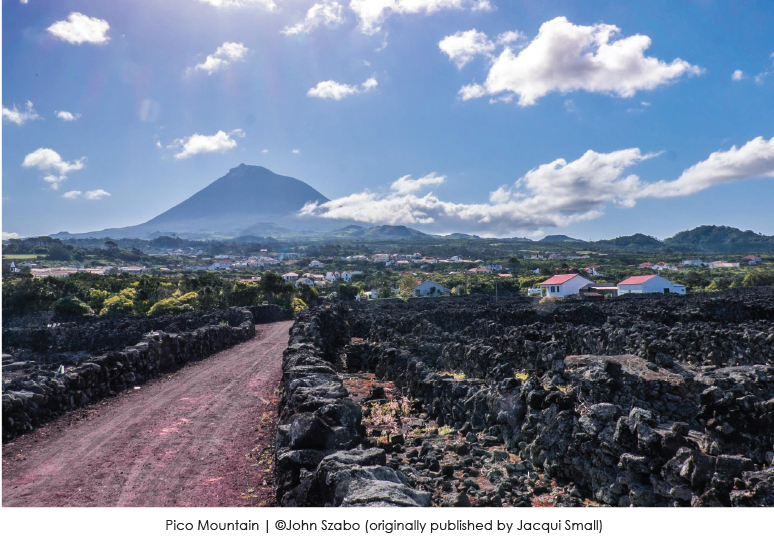 Other regions represented included the DOC Colli Euganei of northeast Italy with its Moscato giallo (yellow Muscat) and Merlot-based wines, as were the wines of the Tuscan Maremma. The wines of the DOC Etna region of Sicily of increasing fame and popularity were also showcased. The Nerello Mascalese blended very often with the Nerello Cappuccio providing Sicily with an almost Burgundian-style alternative to Barolo or Barbaresco. The whites made primarily from the Carricante variety are also delicious. Producers represented included Benanti, Pietradolce, Tenuta Tascante and Torre Mora.

I have already written about the wonderful minerally wines of Pico and the Azores, which were represented by the Azores Wine Company, Czar and Pico Wines. Thankfully, the region is undergoing a renaissance so more wines will be available in our markets in the future. The last region that was a focus of the conference was northern California and the Northwest, which was covered by 200,000 cubic kilometers of fluid basalt. There were no wines represented by Oregon with its famous Jory soils, a degraded iron rich volcanic soil, or from Washington state. However, there were wines from California and its northern mountainous Red Hills AVA in Lake County, as well as from Mt. Veeder in Napa Valley and the Alexander Valley in Sonoma County. The wines of Red Hills are less well known but are stunning. While there is more fruit clarity present in these wines, whether it’s the Sauvignon Blanc, Chardonnay or Viognier, there is also a zestier acidity and, again, that discernable finish that links them to the other volcanic regions already discussed. The Cabernet Sauvignon and Merlot-based wines were more perfumey with great intensity and density, yet they had a finesse about them with defined acidity. This is definitely a region that is making its mark with quality wines. Wineries represented included Brassfield Estate, Hawk and Horse Vineyards, Obsidian Ridge, Six Sigma Ranch and Winery, and Steele Wines. Those wines from Mt. Veeder and the Alexander Valley were represented by Mt. Brave Wines and Stonestreet Estate Winery, respectively.

Lastly, the wines of Chile were also represented and present a huge opportunity for that country to exploit its volcanic soils along the Cordillera of the Andes. Currently, most vineyards are planted in the Central Valley’s mixed alluvial soils. But, watch out for what we will increasingly enjoy from the volcanic soils of Cachapoal and Colchagua Valleys or from Bio-Bio or Malleco Valleys in the south.

To conclude, in this age of a seemingly infinite number of wine choices, where consumers are not only intimidated but also overwhelmed, perhaps it is a good idea to list these wines from volcanic regions in a separate category. It also gives one’s servers or salespersons the ability to provide a context full of wonderful imagery and stories that give these wines more meaning and connectivity to the guests’ experience. Isn’t that what we should be doing – giving our consumers a more meaningful experience? 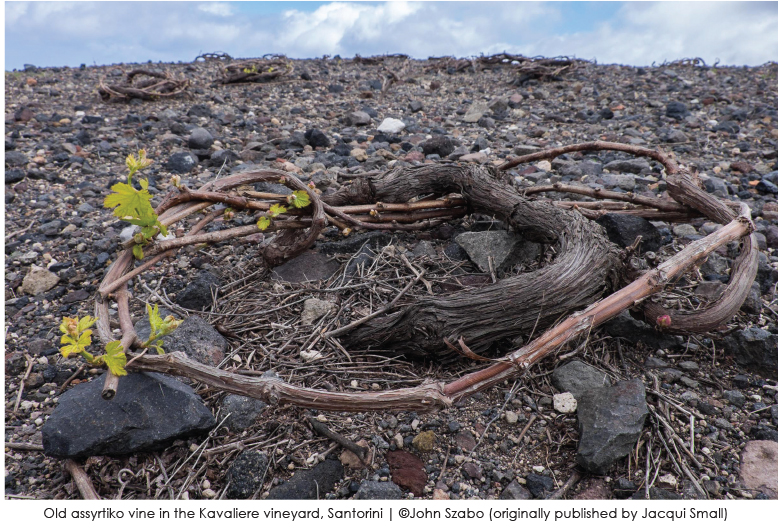