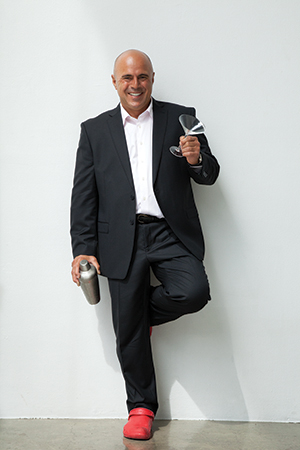 George, back in Las Vegas for some much needed R&R, checked into Mandalay Bay with plans to play some craps, get a massage, spend some time at the pool and have dinner at Libertine Social. During his last visit, he had a wonderful experience at this newly opened Gastro Pub – great food and drink but even better hospitality – and was anxious to return. He was happy to find an empty stool at the otherwise busy bar and was greeted by that now familiar smile and warm welcome he remembered from his last visit.

“Hello, welcome back. It’s George, correct?” the attentive bartender asked, while handing him a menu and a glass of purified water.

“Yes, very good. I apologize – my memory is not as good as yours,” he replied.

“No worries at all. I’m Chiara. What can I get you to start with?”

“Well, I would normally have a Negroni but what would you recommend?” George inquired.

Chiara just smiled at George and left him to review the Happy Hour menu while she began crafting his libation. She returned moments later and, on a coaster in front of him, she placed a lovely pale green cocktail served in a chilled Nick & Nora glass, with a single black cherry upon a pick.

“Most bartenders keep a couple of drinks that are off-menu in their back pocket. The ‘Last Word’ is one of my favorites,” she shared. “Tony, one of the partners here, knows Murray Stenson from Seattle. Apparently Murray discovered the drink in an old cocktail book around 2004. At the time, he worked at the Zig Zag Café and that’s where Tony first had it. We had it on our menu for a while and I fell in love with it.”

George found it to be the perfect balance of sweet, sour, herbal and citrus. It’s sharp and tangy, complex and alluring, with a seductive green hue. “It’s wonderful!” George exclaimed. “What’s in it?”

“It’s a very simple, if not a tad unusual, combination of Gin, green Chartreuse, Luxardo Maraschino Liqueur and freshly squeezed lime juice,” she answered. “I used Junipero Gin. At 98.6 proof, it stands up nicely to the two liqueurs and the bold juniper, orange and lemon zest provide the perfect foundation.”

Just as George was finishing his Last Word, Chiara appeared with another cocktail and placed it in front of him. This drink had a purplish tint to it but, once again, a single black cherry adorned the drink, just like in the Last Word. “I made this one with Empress Gin from Canada. The indigo blue color comes from the addition of butterfly pea blossoms,” she explained. “I think the folks at the Detroit Athletic Club would approve!” 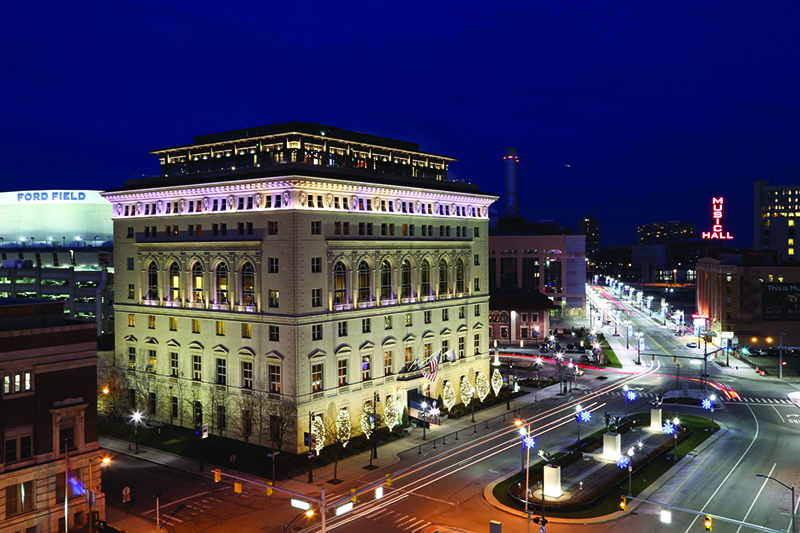 “It’s delicious! It’s amazing how changing out the Gin made such a big difference. They are both fantastic,” he proclaimed. “So why the reference to the Detroit Athletic Club?”

“Well, that’s where the drink was apparently invented. It’s a members-only club so I’m pretty sure I’ll never get to check it out,” she responded, smiling. “Can I get you anything else?”

“Got to run but you’ve been great – thank you. I’ll just take my check, please.” 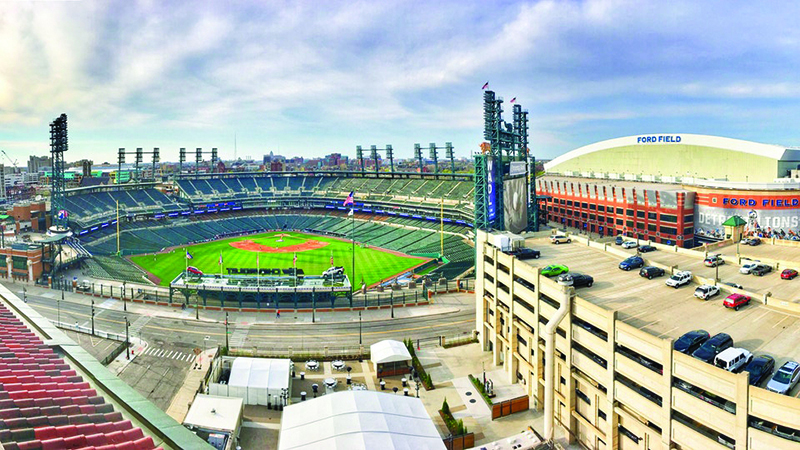 After checking in with the athletic club’s reception, George was given a sport coat to borrow and was directed to the Tap Room Bar, where he found a spot at the long, 20-seat wooden bar. As his eyes adjusted from the bright sunlight outside, he noticed that the Tap Room, with its deep leather chairs and stools, dark wood, custom moldings and expansive art collection, made him feel like he was sitting in an old, fox hunting club. Just then the barman appeared, dressed in a sharp pressed black shirt, black tie and maroon vest, which matched the room perfectly, and presented George with a menu.

“Welcome to the Tap Room. You must be a new member. I’m Majid,” he greeted him.

“My name is George and I’m a member of the Olympic Club in San Francisco, and I’m here for a Last Word, please,” George replied.

“Great! It’s a wonderful cocktail that was invented here. In 1916, it sold for 35 cents and was the most expensive drink on the menu,” Majid explained. “It was featured in Ted Saucier’s Bottoms Up in 1951, but it soon faded into obscurity until Murray Stenson discovered it and put it on the menu at the Zig Zag in Seattle. But it has always remained popular here with our members.” Majid prepared the cocktail while George, famished from his trip, looked over the menu, where his attention was grabbed by the sight of the pan-fried fresh Great Lakes perch. His mouth was already watering when Majid returned with his libation.

“This is fantastic. How do you think it will pair with the lake perch?”

“That’s a wonderful choice and one of the specialties here at the Club; get it with the brown butter. And I would recommend starting with the Café Salad,” he advised.

“Perfect, and I’ll have another Last Word, please. And can you tell me about the beautiful mural behind the bar?” George inquired.

“The name of the painting is ‘Treaty of Lancaster’ by artist Dean Cornwell, and the painting depicts the settling of boundaries, in 1744, for six Indian tribes and England, for all the land west of the Appalachian Mountains.”

While enjoying the painting, George found that his Last Word, which is sharp and pungent, proved not only to be delicious on its own but also to be the perfect palate cleanser to complement the rich lake perch in brown butter sauce.

“Save room for dessert?” Majid inquired, after clearing George’s empty plate. “Maybe a Hummer, another great drink created in Michigan, made from Kahlua, Rum and homemade vanilla ice cream? We sell a ton of them!”

“Sounds yummy, but I think I’m ready for the check and one more Last Word!” 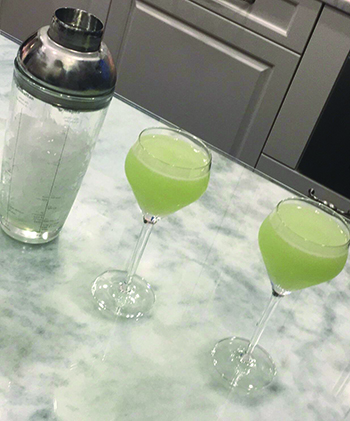 Shake with ice and strain into a chilled cocktail glass (Nick & Nora).