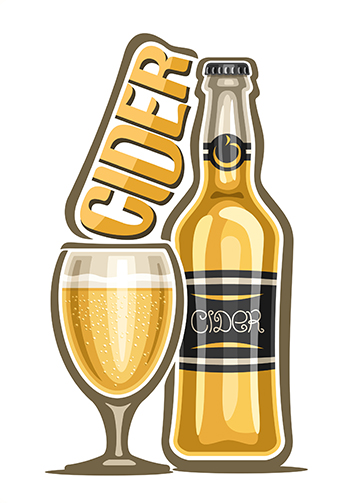 A novice drinker discovering the world of cider for the first time might be intrigued by just how dry this beverage might seem. Depending on how sweet you want your apple-based concoction, you’ll end up having to choose among ciders that are “bone-dry,” “off-dry,” “semi-dry” or just plain “dry.” Don’t let this vocabulary fool you, though – the cider world is anything but dry. Cider, a complex and tradition-rich beverage, is made by fermenting pressed apple juice and has a history stretching back to early Colonial times. During the Prohibition era, many orchards were destroyed and before they were able to fully recover, alcoholic beverages such as beer and wine took off, leaving cider in the shadows. Now with the boom of American apple production and momentum from the craft beer movement, cider is experiencing a modern renaissance as cidermakers combine heritage techniques and innovation to breathe new life into the industry. In the past four years, cider has grown by 11 percent on alcoholic beverage menus (according to MenuTrends, Datassential’s menu tracking tool), and continues to boom in European countries with ingrained cider cultures (such as England, France and Spain). This makes it all the more important for stateside beverage operators to dig deeper into the cider opportunity.

Demystifying Cider with an Educational Experience

“Cider is a culture,” says Ambrosia Borowski, General Manager at Chicago’s The Northman. “It’s a lifestyle, and it’s alive and well.”

Even though The Northman stocks over 100 varieties of ciders including 18 on tap, Borowski shares that their staff are still discovering new tastes and flavors. There’s even more of a learning curve for novice cider drinkers as the drink is often associated with one or two well-known brands, she says. There is also an array of preconceived notions (like cider being too sweet or a too-limited beverage category) that experts like Borowski and Brian Rutzen, The Northman’s Cider Director, are working to dispel, one sip at a time. While the cider landscape has evolved significantly, Jennie Dorsey, General Manager at the Portland, Oregon location of Schilling Cider House, believes that there’s still a long way to go for cider. 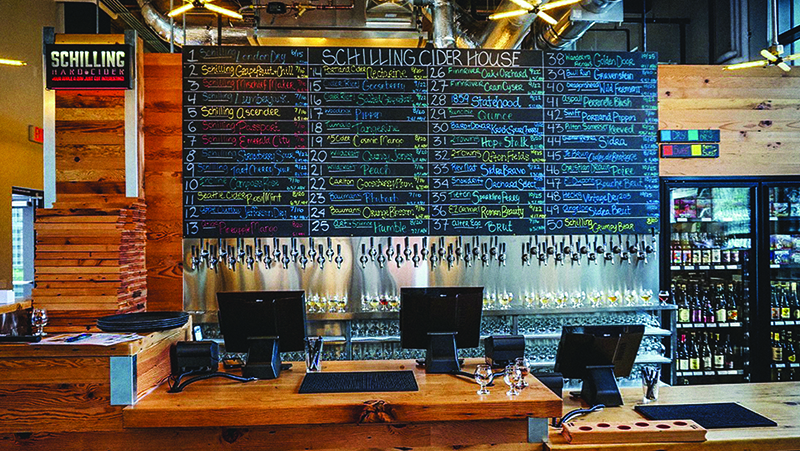 Because of this, cider houses like The Northman and Schilling are more than just niche drinking establishments – they have also taken on an education role to become places where cider could be more than just a novelty and be taken seriously on its own merits, Rutzen says. Not only that, they also embody the gateway between the consumer and producer simply by displaying the breadth and diversity of cider varieties. At Schilling, customers are often overwhelmed by the sheer quantity of what’s available, and the staff eases that fear of the new by relating ciders to beverages that customers may be more accustomed to.

The Northman takes the approach of greeting guests with a complimentary tasting upon entry, to gauge the guests’ palates and for the staff to better guide guests on a “journey” to uncover their preferences. Their strategy and educational efforts have proved to be fruitful: Every month since they opened, new brands of cider have come into Chicago from all over the world. The Northman is also expanding with a new cider house and beer garden location in Chicago’s Riverwalk. Meanwhile, Dorsey says, the industry has been changing rapidly to develop a common language that connects the cider novice to the professional. There’s even a CiderCon that takes place to connect members of the industry. 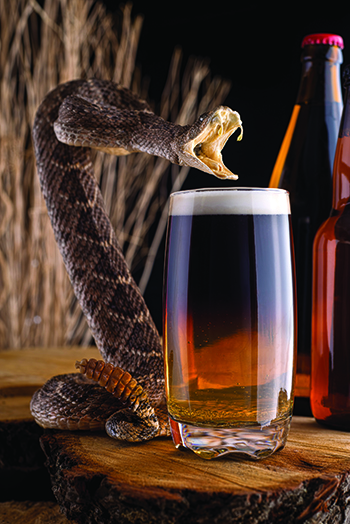 In-cide(r) Scoop: Try it in Cocktails

With their vast offerings, cider houses like The Northman and Schilling are true testaments to the versatility and depth of cider as a stand-alone beverage. At the same time, craft cocktails can also be a great vehicle for introducing consumers to cider. After all, according to Datassential MenuTrends, there are over 1,500 cider-based cocktails menued across the country. In an article by the Tales of the Cocktail Foundation, Mattie Beason from Durham, North Carolina-based Black Twig Cider House emphasizes the value of leveraging the nuances about different ciders in cocktails. Beason suggests using cider as an aromatic substitute for club soda, or as a low-alcohol alternative to spirits (think of a Negroni with a cider base instead of Gin).

The Northman’s Borowski suggests the Stone Fence, a Revolutionary War cocktail she makes with 2 ounces of spirit mixed with 12-14 ounces of cider, as a good starter cocktail since it applies a cider format to the familiar profile of the base spirit. The Northman even has the Stone Fence as a menu category with rotating cider and spirit combinations – its current menu offers the Rusty Pineapple, a tropical mix of Plantation Pineapple Rum and Golden Russet cider (a variety that is dry, fruit-forward and boasts rich honey aromas) from Salem, Oregon-based Wandering Aengus Ciderworks. For another classic alternative, combine equal parts lager and cider to create the Snakebite – simplicity, after all, can be impressive. Leveraging familiar flavors and recognizable cocktails can introduce cider to the novice palate.

Cocktails can also be used as a canvas to display lesser-known cider varieties and trend-forward flavor combinations. The Cowabunga, a cocktail on the menu of Boston, Massachusetts-based Toro, showcases the tartness of Spanish cider by combining it with Karger blue Gin, lemon and a sage-peppercorn syrup. Quality Meats in New York City leverages the low-ABV cocktail trend by blending Bourbon and mulled cider with Averna Amaro, a low-proof herbal liqueur. On the opposite end of the ABV spectrum, there are also several cocktails that combine ciders with on-trend liquors packing high alcohol content, like Mexican Mezcal or Scandinavian Aquavit.

In the end, the biggest challenge operators face may be bridging that gap for consumers to give cider a try. Once guests have that experience, it might not be difficult to keep them coming back. According to Datassential FLAVOR, a tool that tracks consumer interest in over 3,000 foods and flavors, 64 percent of consumers who have tried cider say they love it or like it. In Chicago, Borowski is even noticing that consumers seeking the new and unexplored are turning to the wild, funky side of cider. Meanwhile, Schilling Cider House’s Jennie Dorsey perceives heritage ciders focused on terroir and fermentation will be more in line with up-and-coming cider trends. To further accelerate consumer knowledge of the alcoholic beverage, operators can take inspiration in creating unique, educational drinking experiences that combine the familiar with the adventurous.

This article has been provided by Huy Do, Publications Intern at Datassential, a leading consulting firm and supplier of trends analysis and concept testing for the food industry.