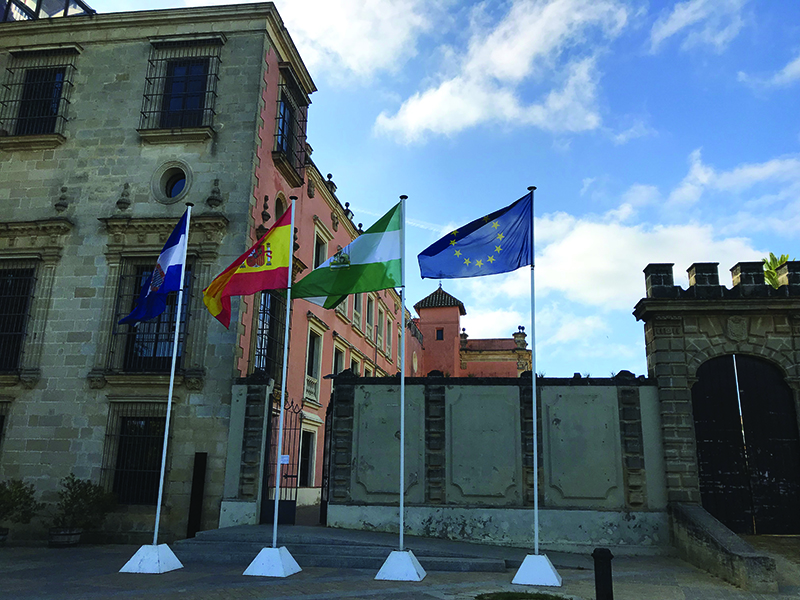 Those of you who have read my articles will know that I strongly believe in the value of sweet and fortified wines in enhancing customers’ dining and tasting experiences.

Set in beautiful Jerez, with streets lined and shaded by Jacaranda trees in full blue floral bloom and with unseasonably cool weather (low to mid 70s) from Atlantic breezes, 2018 Vinoble conference took place in the 11th century Moorish Alcázar castle. The conference is sponsored by the regional government and the Consejo Regulador of Jerez, so it wasn’t surprising that a majority of wines represented were from this appellation, but there were many wines from regions such as Málaga, Alicante, Valencia, Montilla-Moriles, Gran Canaria, Port, Sauternes, Tokaj and even from the Quady winery in California.

Although I am a Certified Sherry Wine Educator through the Consejo, I still learned a great deal. Sherry wines have the greatest breadth of styles of any wine appellation, from pale delicate Manzanilla de Sanlúcar de Barrameda and Fino, to intensely opaque, rich, sweet Pedro Ximénez, and everything in between.

There are more producers who are making dry, non-fortified wines but must use the regional appellation of Vino de la Tierra de Cadiz, a reflection of overall sales decline. But, I did get a sense of optimism, as there are more bars and restaurants worldwide offering Sherry and Sherry cocktails. Other trends I discerned included a greater distinctiveness of Sherry styles among producers. There is a focus on wines with little filtration or no clarification, especially of Fino, Manzanilla and Amontillado styles that are labeled “en Rama.”

There are more vintage designated wines, more focus on single vineyards such as from the famous Macharnudo Pago vineyard, and more emphasis on organic and ecologically friendly practices. Leaders, such as Paula Moreno of Williams & Humbert and Antonio Flores of Gonzalez-Byass, are exploring what made the region so notable before the prevalence of fortification, including the varieties other than Palomino and resuscitating Vermuts, which were prevalent in the world market in the late 19th century to the 1960s. There is a proposal to have a new appellation created for Sherry-wine-based Vermuts de Jerez. I tasted a few and there were some standouts including Gonzalez Byass and Lustau. These can be found in the U.S. market. 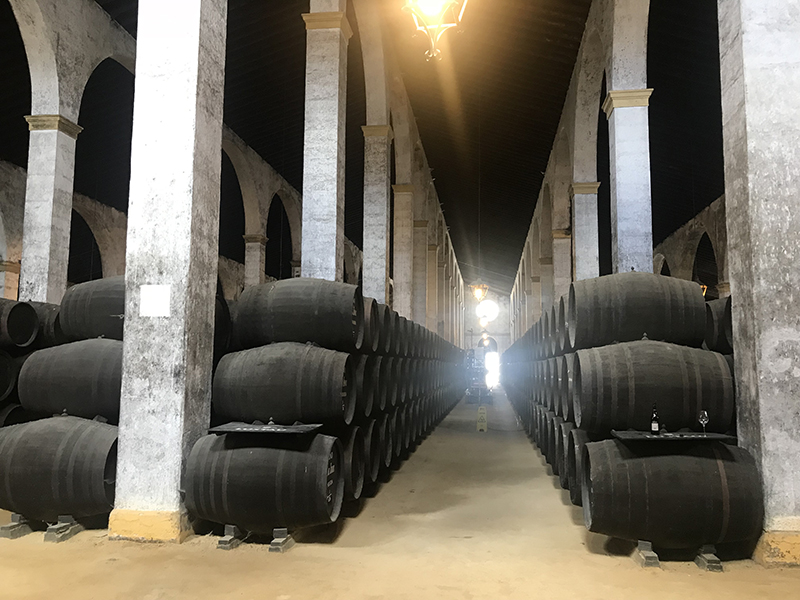 “En Rama” unclarified wines, particularly Manzanillas and Finos, which are widely available in U.S. markets, tend to have aged longer (eight+ years) under the yeast flor veil, resulting in greater depth of flavor. These wines pair so well with hors d’oeuvres, tapas and seafood. Many writers and critics speak of the saline quality of wines and these wines certainly express that quality, making them very food friendly.

Amontillados have undergone both the biological process of flor and oxidative aging, leading to greater overall intensity. Many consumers find them more challenging to appreciate, but given their level of umami, they pair beautifully with difficult foods such as asparagus and artichoke dishes, as well as rich raw or rare tuna. “Olorosos,” “aromatic” in Spanish, are fully oxidative wines that are very dry and measure up to intense dishes such as strong cheeses, steaks or stews. Those who prefer softer wines with intensity should opt for the many cream Sherries, which are oloroso wines mellowed by a small addition of sweet Pedro Ximenéz (PX). These pair well with desserts such as fruit-based tarts, cheeses or foie gras. Many dismiss this style but there are some very high quality complex creams. Lastly, and this list of categories is not all encompassing, we have the Pedro Ximenéz PX. These are among the sweetest wines in the world but what is so surprising about these dark, viscous, complex wines is the high level of acidity, which is needed to balance their sweetness. They are superb with blue cheeses, vanilla ice cream dishes and perhaps the best wines of all for pairing with dark chocolate.

Outside tasting booths at Alcázar castle. 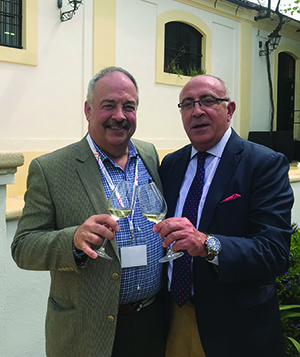 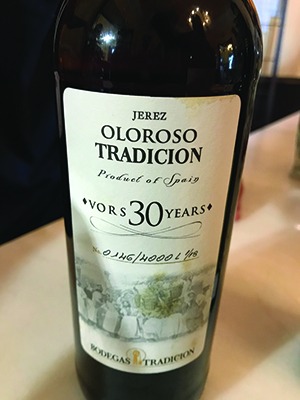 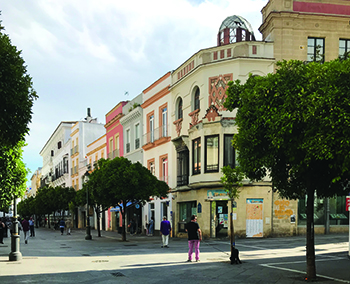 Finally, as it relates to Sherry, there are the “historic” designated Sherries labeled VOS (minimum 20 years old) or VORS (30 years old), otherwise known as Very Old Sherry or Very Old Rare Sherry. It is no exaggeration that I tasted over 50 extraordinary examples of these wines at Vinoble. These wines are what Italians refer to as “wine for contemplation” and are best unaccompanied by food.

One of the ancillary events I was invited to attend was the inauguration of Gonzalez-Byass’ historic bottle cellar. The treasure trove of their 5,000-bottle wine library, now offered for sale, has acted as a guidepost for maintaining, improving or creating new wine styles over the past century. We tasted four iconic wines. The first was a vintage Añada 1963 Palo Cortado; the second was a single vineyard Añada 1911 Oloroso de la Finca Amorosa, which was amazingly fresh after all these years. The third was Metusalém de la Década de los Años 30 Medium from a Solera started in 1860. And the fourth was an unfortified Moscatel (Muscat of Alexandria), which was produced for the 1903 inauguration of Pope Pius X and already had 10 years of aging from pre-phylloxera vines. I would be doing all these wines a disservice to describe them and other wines I tasted over the three days in such limited space. Suffice it to say that tasting them was an amazing experience that reveals not only the potential quality of Sherry wines but also their uniqueness. So, while wines such as these latter few may not be easily accessible, there is a plethora of high quality wines, whether fresh styles or within the aged categories, that are readily available.

I will speak to the other Spanish appellations in another article.

What does this all mean? It means there are huge opportunities for restaurateurs to offer their customers incredible, affordable wines that have eminent food pairability and provide an authentic, impressionable experience. Additionally, the wines are ridiculously priced to allow for profitability. The only requirement is further education of servers on presenting these treasures so customers will better appreciate the offerings.