A 35-year veteran of the hospitality industry, Brian Yost recently wrapped up a nearly nine-year tenure in the live music industry and started Meliora Consulting, LLC, a full service consultancy focused on enhancing the guest experience and revenues and profits at entertainment venues, restaurants and bars. 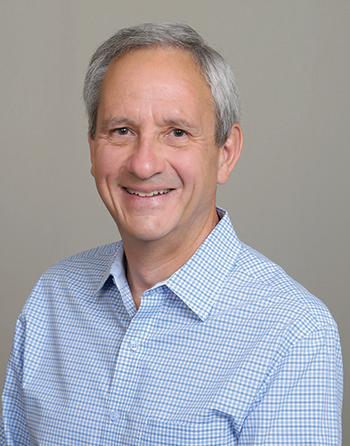 Brian’s list of extraordinary experiences includes stints at industry-leading hospitality and entertainment organizations such as Live Nation Entertainment, where he was President, On-Site Products, North American Concerts, and was responsible for ancillary revenue streams at Live Nation’s amphitheaters. At Marriott Hotels and Resorts, he rose to Vice President, Restaurants and Beverage for Marriott’s global portfolio of hotels and resorts. While working at Euro Disney Resort, he was part of the opening crew in corporate beverage operations and then a leader in hotel operations. During that time, he was running operations at Walt Disney World’s Pleasure Island and creating the pre-opening operating plan for the Universal CityWalk Orlando complex. While with Harrah’s Entertainment, he oversaw F&B for the company’s casinos as Vice President, F&B Operations.

in the Mix magazine caught up with Brian recently between client meetings for a quick, interesting conversation.

ITM – Brian, it’s good to see you again. It’s been a long time since you were last in our magazine.

BY – Great to see you again, as well. And yes, it’s been quite awhile, since my Marriott days I think, and I have the gray hairs to prove it!

ITM – That’s just the sign of a long career in the food and beverage business. Speaking of which, this is quite a career change. Why now, and why consulting?

BY – After a nice, almost 9-year run at Live Nation, which is a great company full of incredibly talented people, I decided that it was time to listen to the many, many colleagues and industry contacts over the years who have told me I have a lot to offer the food and beverage business, and should be my own boss.

ITM – That makes sense, but why consulting?

BY – Over the last few years of my career at Live Nation, I had a number of people approach me asking if I could take a look at some project they were working on, or asking if I could weigh in on some aspect of their business that they were struggling with. Consulting affords me the opportunity to work with some very talented people who have tremendous operations, or products, or brands, and to help them achieve the same levels of success that I have enjoyed in my career.

ITM – So you started this new chapter in February. Who are some of those talented people that you’ve worked with so far?

BY – Very shortly after starting the company, an ex-colleague at Legends Hospitality asked if I could help them with an F&B review that they had been engaged on at Santiago Bernabéu Stadium, the home of Réal Madrid Football Club. Since then, there have been a few diverse but exciting clients that have surfaced. I’ve been working with a visionary in the sustainability and greening space on a very unique rentable cup program aimed at removing the estimated five billion single-use plastic cups that enter the waste streams at sports and entertainment venues.

I’ve also gotten to wear my restaurant hat and am working for some investors in a tremendous organic restaurant chain who are looking to take the restaurants to the next level. And I’ve had the pleasure of partnering with another consulting group, Food Service Matters, who are industry leaders in sports and entertainment food and beverage consulting, on a few of their exciting projects.

ITM – It sounds like you’ve been busy! Have you had any time for anything else?

BY – Children of Restaurant Employees (CORE) is still near and dear to me, and I’m still on their Board of Directors because giving back is very important to me. We also really appreciate all of the support that in the Mix has given us over the years.

ITM – It’s been our pleasure to support the work of such an important organization that has done so much for the children of the industry. I know that you’ve got to run, but I have to ask how you came up with the name “Meliora.”

BY – “Meliora” is Latin for “ever better,” or very roughly translated, “always improving.” There’s a great quote that says “don’t worry about getting perfect, just keep getting better,” and my goal with Meliora is to help clients continue to improve their guest experience, their sales, their profits and their organizations, by using my many years of experience across a lot of great organizations.

ITM – Thank you, Brian, and best of luck with Meliora!

BY – Thank you very much.