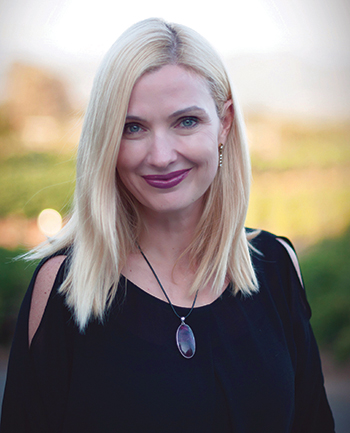 1. Tell us about how Wild Turkey’s Longbranch Bourbon came to fruition.

When Matthew McConaughey decided to come on board as our Creative Director for Wild Turkey, he made it abundantly clear he had a vision for what he wanted this partnership to look like. After his initial meeting with Jimmy and Eddie several years ago, he had a story he wanted to bring to life. That story started with our two television spots that Matthew helped write, which he also directed and starred in, “It’ll Find You” and “Sang our Song.” The natural progression of this relationship was to put his stamp on a Bourbon — a Bourbon that he’s created in collaboration with Master Distiller Eddie Russell. Matthew and Eddie spent many a night discussing their vision for a new Bourbon consumer that we can help bring into the category. The name itself is inspired by the friends who form the longest branches of our family trees.

The connections that McConaughey and the Russells have to both the great states of Kentucky and Texas were a major inspiration for this collaboration. McConaughey’s parents met at the University of Kentucky, a mere 15 miles from the Wild Turkey Distillery, while Eddie Russell’s youngest son, Bruce, now lives in McConaughey’s hometown of Austin, Texas. When creating the liquid, the Russells and McConaughey talked at length about how to make a product that represents elements of both Texas and Kentucky. This small batch Bourbon pays homage to Eddie and Mathew’s Kentucky and Texas ties by using a proprietary Texas mesquite and white oak refinement method on a fine eight-year-old Bourbon. The result? A Bourbon that can be enjoyed neat and should be shared with friends and loved ones. 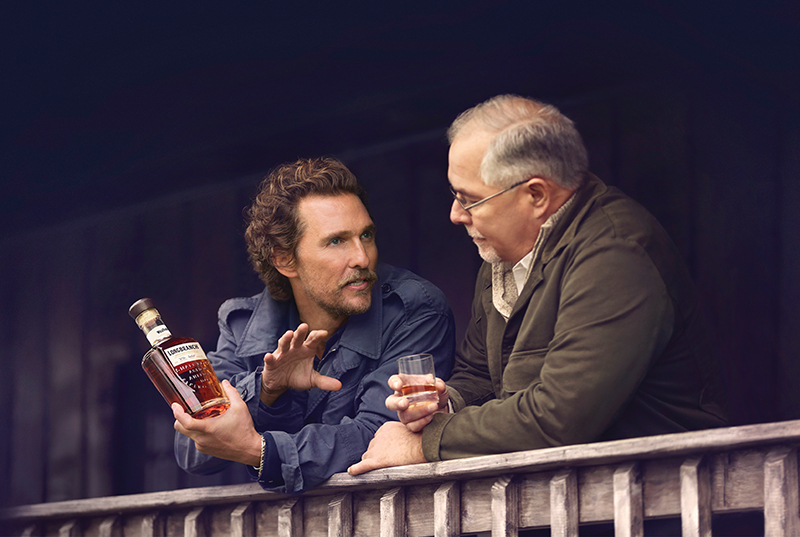 2. Aperol is seeing enormous growth. Is it all due to the iconic Aperol Spritz?

The Aperol Spritz, Italy’s #1 cocktail, is taking the U.S. by storm. This summer, Aperol is putting even more energy into building buzz for what is very likely the most photographed cocktail on Instagram. A network of influencers, bloggers and advocates in New York City, Los Angeles and across the country, have helped solidify the Aperol Spritz’s reputation as the essential daytime drink with a series of summer-long events and partnerships.

First, we constantly have our ears to the ground and fingers on the pulse regarding who/what/where/when drinkers are rallying around the Aperol Spritz organically, to create complementary programming efforts. We’ve seen great successes here when it comes to harnessing the organic love of influencers especially on digital channels.

• Our goal is to essentially amplify their love for the Aperol Spritz, rather than shouting marketing messages at them.

• We’ve invested in everything from experiential programming to social media efforts to keep the Aperol Spritz top-of-mind and in the most relevant places/times with the drinkers looking for a refreshing, low alcohol alternative to wine or beer. Low-alcohol cocktailing is a very big trend in the U.S. today with the Millennial audience.

• Over the past two years, the brand has increased its presence at a range of consumer events that all share similar characteristics — chic but not intimating, high energy but welcoming, and mostly outdoors where the brand’s sunny lifestyle approach comes to life. The brand is keen to reflect its Italian heritage but does so with a modern and approachable twist.

Recently we were at Full Moon Music Festival and the Jazz Age Lawn Party in New York with our “Ape,” an iconic Italian, three-wheeled vehicle we’ve outfitted and brought stateside. We served Spritzes to festival attendees who Instagrammed up a storm all weekend long. Later in the summer, we’ll be taking the Ape to the West Coast for experiences like KAABOO Del Mar.

• Most importantly, we have a wonderful team of specialists who are on the ground educating bartenders and even consumers, about the drink’s attributes and how easy it is to weave into everyday drinking occasions. 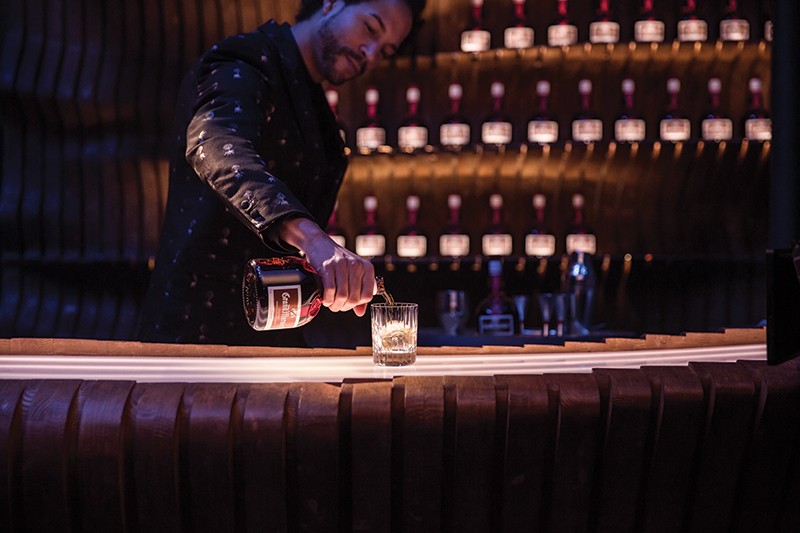 3. “Live Grand” is the new campaign for Grand Marnier. Is it meant to re-introduce the brand to a younger audience? It has always been a staple in my book.

Grand Marnier was purchased by Campari Group back in July 2016. Back then, the only time consumers most likely experienced this Cognac-based brand was in a Cadillac Margarita. To draw drinkers back to this classic spirit and experience it in new ways, we launched Grand Marnier’s first large scale marketing campaign under Campari Group. Dubbed “Live Grand,” the new campaign focuses squarely on elevating experiences from good to GRAND. The centerpiece of our campaign is a television spot created by famed director Joseph Kahn, the man behind some of the most influential music videos of all time. He’s a creative visionary who has worked with musical luminaries like Britney Spears and Taylor Swift, so we felt like we were in tremendous company. Moving forward, the notion of “Live Grand” will be the guiding principle behind all of our marketing, from PR and experiential to social media and beyond.

We are also finding ways to extend beyond our familiar, flagship Cordon Rouge expression by introducing our ultra-premium Cuvees collection, including Centenaire, 1880 and Quintessence. Early next year, we will introduce our latest entry in the Cuvees collection, Louis Alexandre.

4. Can you give us some insight into Skyy Vodka’s “Proudly American” campaign and its diversity?

We recently launched our “Proudly American” marketing campaign, celebrating the spirit of today’s bold, optimistic Americans while paying homage to our roots as a progressive Vodka born in San Francisco. We are recognizing the evolution of American values and championing a generation whose voice has helped reshape our country today.

Proudly American explores the values — and expressions of those values — on which America was founded, and what those mean to today’s optimistic citizens. The campaign juxtaposes famous phrases from American history, such as “Home of the Brave,” with powerful, vivid imagery featuring people who shine brightly in the face of adversity, celebrate diversity, and are proud to inspire today’s articulation of being American.

The campaign captures SKYY’s progressive and innovative origins, and has debuted in a series of phased programs featuring influencers from all walks of life. It kicked off during Pride Month with out-and-proud Olympian Gus Kenworthy and “RuPaul’s Drag Race” favorites Trixie Mattel and Dusty Ray Bottoms. As we move through the summer, we will be featuring a diverse cross section of optimistic Americans, highlighting what makes them proudly American. This fall, we will announce a very big name who will be coming on board to demonstrate why he is a proud, optimistic American. 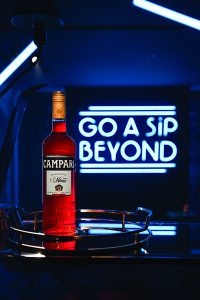 5. Campari, like a lot of your brands, is experiencing large growth. The brand has a history of unique marketing, from the original posters to the new “Go a Sip Beyond” campaign. What is it you want us to sip beyond?

With Americans’ current obsession with bitter flavors in the form of coffee, IPA beers, Brussels sprouts and Negroni cocktails, it’s the perfect time to raise awareness for Campari and immerse drinkers in our world. Campari has always had a strong, bitter flavor that might not be for everyone, but that’s what makes it so intriguing. Even native Italians say you need to try Campari three times before you acquire a taste for it. Though, if you are enticed to go beyond the first (or even second) sip, you’ll be handsomely rewarded. Its aroma is intense, the bittersweet flavor captivating, and the overall experience transcends the glass. Go A Sip Beyond perfectly captures that essence, taking viewers on a journey into our world, sip by sip.

Go A Sip Beyond answers the call of all adventure seekers who are looking for something new, different and interesting. From Campari’s nearly 160-year history to its secret recipe that has been passed down for decades, Go A Sip Beyond encompasses a delightful element of surprise, stimulation and pleasure. It literally goes beyond expectations and takes a risk that only Campari can rightfully own. To Go A Sip Beyond is to inspire passion, pleasure and open-mindedness in a contemporary way.