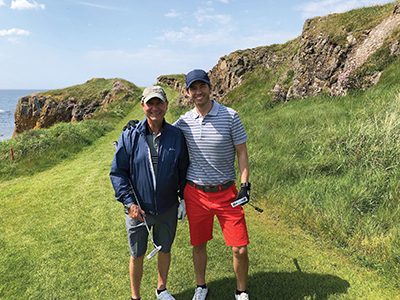 For several years, I had it in the back of my mind to do a father-and-son trip to Scotland. This was on my bucket list, but each year slipped away for one reason or another and the dream remained on the back burner, left to simmer. But this year, in a fury of activity, Adam and I just decided to do it. So, with an invitation from William Grant & Sons to visit the famed Glenfiddich distillery and their smaller sister, the Balvenie distillery, the wheels were set in motion.

William Grant & Sons was honored as “Distiller of the Year” and “Scotch Producer of the Year” by the prestigious International Wine & Spirit Competition in 2016.

So off we fly from Atlanta to London, then on to Aberdeen. We rented a car, and with Adam behind the wheel, we headed for the Malt Whisky Trail and the small village of Dufftown, to explore the magic of the malts in this undisputed “Malt Whisky Capital of the World.” Part of the appeal of Scotland’s legendary drink is that the process of making Whisky hasn’t changed over the centuries, and Glenfiddich and Balvenie are perfect examples of this tradition.

“The light music of Whisky falling into a glass – an agreeable interlude.” – James Joyce

Barley, pure spring water, some yeast and plenty of time are all that’s needed to make great Whisky, and Glenfiddich and Balvenie have some of the purest spring water.

The shape and height of the still affects the final flavor of the spirit. Smaller stills produce heavy, oily spirit compared to the light, fresh spirit produced from tall stills.

Legally in Scotland, new spirit has to be matured in an oak cask for a minimum of three years before it can be called Scotch Whisky. Most malts lie for at least 10 years.

Whisky casks are recycled and have already been used for American Bourbon or Spanish Sherry. Over time, the spirit reacts to the natural compounds in the wooden casks to develop a rich flavor and color. The longer it’s stored, the more complex the flavors. Every cask of Whisky tastes different, which is why the blender’s art is so revered. 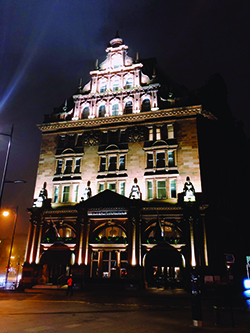 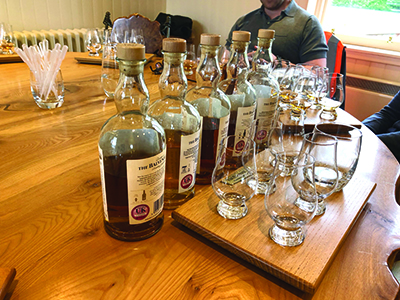 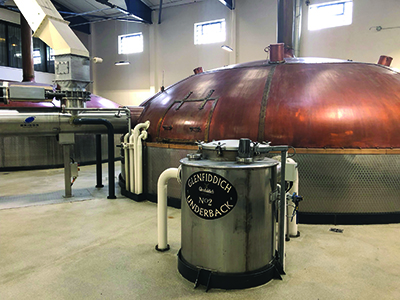 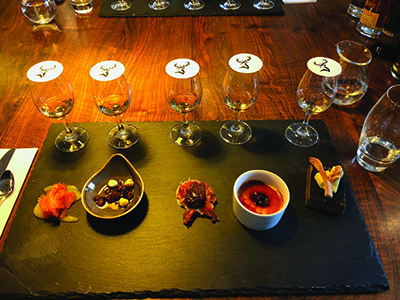 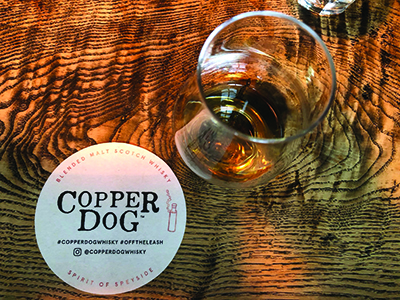 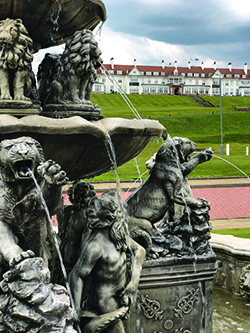 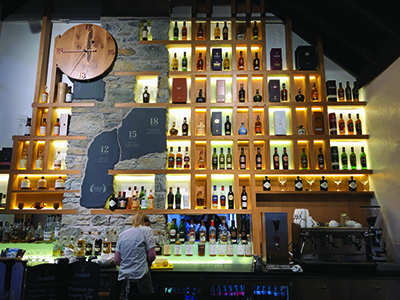 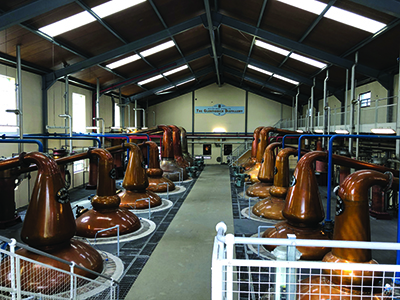 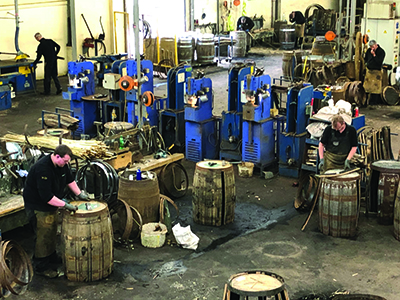 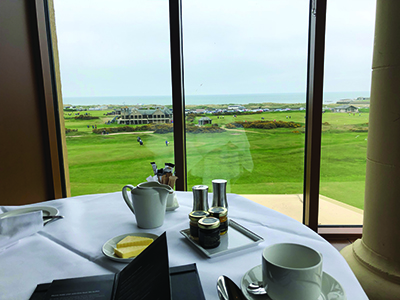 Dining at The Old Course Hotel 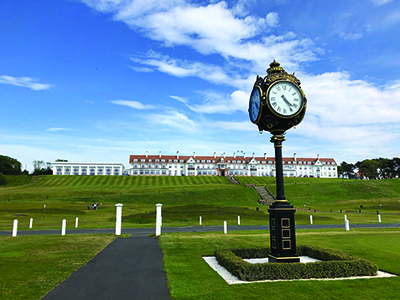 Wood breathes and every year, a filled cask loses two percent of volume through evaporation. This is known as the “angels’ share.” Around 20 million casks of Scotch are currently maturing in Scotland – so take a deep breath!

Unlike wine, once in the bottle, Whisky will no longer age. Its taste is timeless.

The highlights of our tours were the Masterclass Tastings we experienced at each of the distilleries. Scotland is also most famous for the origin of golf – my favorite sport, although to be honest, I am a fair golfer at best. To many golfers, the Old Course at St. Andrews, an ancient links course dating to before 1574, is considered to be a site of pilgrimage. So, from the heart of the Whisky trail, we drove south on A90 to the Old Course Hotel in St. Andrews.

One of the first golf links we played was not the expected Old or New Course but, instead, just a few kilometers away at KingsBarns, a traditional Scottish seaside links course. With beautiful scenic views from almost every hole looking out to the North Sea coastline, it is recognized to be in the top 100 golf courses in the world.

Back in the car, we were off to visit Edinburgh and of course, to have a “wee dram” or two of “uisge-beatha”, Scottish Gaelic for “the water of life.” We stopped in a few pubs within walking distance of the iconic Waldorf Astoria’s The Caledonian hotel (or The Caley, as it is fondly known locally), which is very close to Edinburgh Castle. There are approximately 126 registered Malt Whisky distilleries in Scotland – so many to try and so little time to imbibe!

From the capital of Scotland, we continued our journey to Turnberry to play the famed Ailsa golf links. Turnberry boasts an incredibly rich history, not only of the game of golf but also of the history of Scotland itself. The legendary Ailsa course is set along the rugged coastline, a spectacular setting creating one of the most beautiful golfing destinations anywhere in the world. After two days at Turnberry, it was time to say farewell and head home through Glasgow, in the afterglow of a fine father-and-son holiday.

The famous Mark Twain once claimed, “Too much of anything is bad, but too much good Whisky is barely enough” and so do many think similarly of golf. In fact, it has been said, and often attempted to be confirmed, that it takes 18 shots to finish off a fifth of Scotch, thus the reason the Scottish invented the game to cover 18 holes.