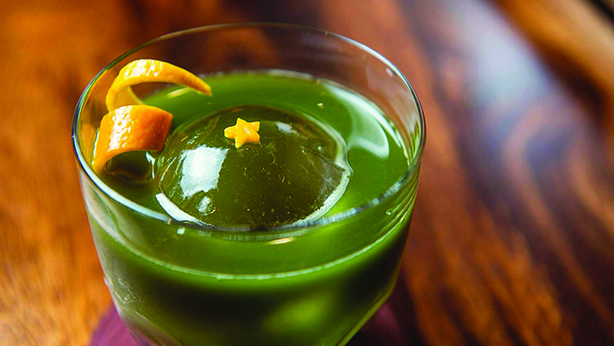 Back in August, a rare bottle of Whisky sold in Hong Kong for $343,000 USD, and while the sale made headlines, it wasn’t for the price tag. Though $343,000 is nothing to sneeze at, other Whiskies have sold for more in the past, such as the record-shattering $1.1 million USD winning bid for a 1926 Macallan in October. So what’s the reason for all the hubbub behind this $343,000 Whisky? The answer lies in its origin: the spirit doesn’t come from Scotland, the U.S., Ireland, or Canada (though these countries are generally known as the top producers of Whisky globally). Rather, this particular Whisky, a 50-year-old first-edition single malt, was produced in Japan, and now holds the world record of being the most expensive Japanese single malt ever sold.

This is the third time that record has been broken this year, indicating not only that consumer awareness of Asian Whiskies is growing, but also that the quality of the spirits from the region is gaining recognition – the term “Japanese Whisky” has grown over 400 percent on U.S. menus in the past four years, according to Datassential’s menu tracking tool MenuTrends. As many major Asian spirit brands trickle into the Western retail market and start appearing on U.S. menus, it’s critical for operators to understand the burgeoning category and avoid missing out on the growing trend.

The Who’s Who of the Asian Spirits World

Japan is arguably the most well known producer of Whiskies among Asian countries, and it has two powerhouse brands: Suntory and Nikka. Established in 1899, Suntory is one of the oldest alcoholic beverage distributors in Japan and owns a number of distilleries. One subsidiary is 95-year-old Yamazaki, Japan’s first commercial Whisky distillery that also produced the aforementioned 1926 Macallan. Nikka Whisky Distilling is a relatively newer Whisky producer, founded in 1934 by a former employee of Suntory. The company’s best-selling Nikka Coffey Malt was named both Japanese Whisky of the Year and Japanese Single Malt of the Year for 2018 in Jim Murray’s Whisky Bible. While most Japanese Whiskies are Scotch-style, they are notable for having a more refined, delicate flavor and are lighter on the smokiness that’s pervasive in traditional Scottish Whiskies.

While Japanese Whisky is having its moment in the global spotlight, Shochu has long stood at the top as one of Japan’s most popular spirits and is now also quietly gaining traction in the U.S. It has grown 37 percent on menus in the past four years, according to Datassential MenuTrends. Shochu shares a similar ingredient list (and similar-sounding name) to Korean Soju, which is also extremely common in its home country. Both can be made with anything from rice to barley to sweet potato. In Korea, Jinro and Chum Churum are two of the most popular brands of Soju, with Jinro Soju being the most-sold spirit worldwide for 16 years, according to Drinks International. Chinese Baijiu, a formidably potent spirit (it can be anywhere from 80 to 120 proof) has been called “the new darling of the New York cocktail scene” by The Wall Street Journal. It is also showing up on U.S. menus – Seattle-based Plenty of Clouds leverages it as an ingredient in its Ernest Goes East cocktail, which mixes Baijiu, maraschino, grapefruit and lime. 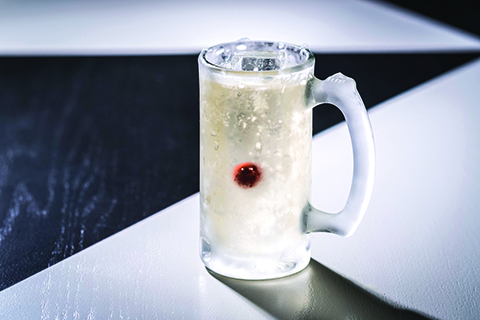 Not to be outdone by Japan’s Whisky offerings, other countries in the Eastern hemisphere are also throwing their hats in the ring. Taiwanese brand Kavalan is a fairly young company established in 2005, but its Whisky offerings have taken the world by storm since it beat out three Scotches and one English brand in a blind tasting in Scotland in 2010, and the brand has since gone on to earn over 200 accolades. Indian Whiskies, too, deserve a mention, particularly as the country is known for having the highest consumption of Whisky in the world (though it’s important to note that many Indian distilled spirits are derived from molasses, which EU legislation holds are technically Rums, not Whiskies). Amrut is known for being the first single malt Whisky made in India, and its Amrut Naarangi was named Best Indian Single Malt in the 2018 World Whiskies Awards.

Asian-Inspired Cocktail Bars Are on the Rise

Next-level cocktail bars are trending among U.S. consumers, with nearly 40 percent loving the idea and over 60 percent saying they would visit one if they had the opportunity, according to Datassential’s Creative Concepts: Next-Level Cocktail Bars. As consumer awareness of Japanese Whiskies and other Asian spirits grows, operators are finding ways to showcase Asian spirits and flavors in next-level cocktail bars. Wolf and Crane Bar in downtown Los Angeles, for example, focuses on Japanese Whiskies (there are over 15 types on their menu), using them in drinks like the Tokyo to Manhattan, made with Iwai Japanese Whisky, Sweet Vermouth, orange flower water and bitters. Fine China in Dallas, Texas serves up a range of Asian-inspired drinks like the Sino-French Connection made with Takara Soju, lime, hibiscus, orange, grapefruit and sage.

Highballs, a type of cocktail that first became popularized in Japan, are now starring on U.S. menus, thanks to a relatively low alcohol content (which allows them to pair well with food) and ability to be customized with a variety of spirits and flavors (though Whisky is the predominant alcoholic component in Japan). The cocktails feature a Japanese practice called “mizuwari,” literally meaning “mixed with water,” where typically two parts cold water or other mixer are combined with one-part spirit and some ice. Highballs are showing up in places like New York’s newly opened Katana Kitten, a Japanese-American cocktail bar situated in West Village that showcases a playful “East meets West” theme both in its décor and its beverages. Designed to resemble the bar-filled Golden Gai district in Tokyo, Katana Kitten offers a restrained menu of five Sake options, five highballs, five signature cocktails and five boilermakers, many of which feature Japanese elements in ways that are either straightforward (like a highball made with Toki Whisky) or creative (such as a Fancy Ramune boilermaker with Other Half IPA and Lemon-Daiginjo, a flavored Sake). 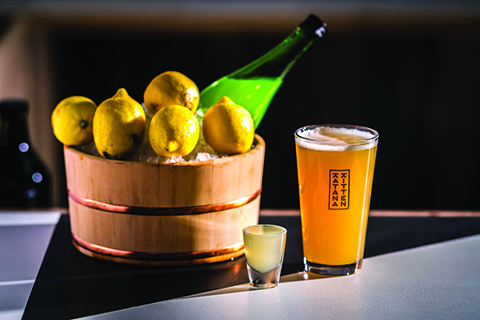 Looking for Something New? Try a Little Asian Flavor Innovation

The beauty of Asian spirits is that they can be swapped in place of Western spirits in traditional cocktails for a unique spin on old classics. Bar Kumiko, owned by 2016 Eater “Young Gun” Julia Momose, is slated to open in Chicago by the end of the year and promises an omakase cocktail experience for patrons seated at the bar. It will offer a twist on the classic Vesper that stars Japanese Gin, single-malt Vodka from Ireland and Pommeau from Chicago. Even operators who aren’t strictly focused on Asian spirits are getting in on the Asian-inspired trend, as many mixologists are experimenting with global flavors like guava and lychee. Trendy matcha, a type of Japanese green tea powder, stars in the Matcha Old Fashioned with 2016 Russell’s Reserve Single Barrel, wasanbon sugar and orange, at Bar Leather Apron in Honolulu, Hawaii. In San Francisco, Pearl 6101 is also flavoring an Oakland Spirits Gin with lemongrass and foraged nori, combined with local Californian Aquavit and Manzanilla Sherry for its Pearl Martini.

In today’s era of rapid globalization, the introduction of Asian spirits and flavors into the alcoholic beverage landscape will only continue to accelerate. Yuzu, a Japanese citrus that’s been showing up in cocktails, has increased 41 percent on menus over the past four years. On top of that, Datassential’s trend prediction tool Haiku, which uses machine learning to analyze the future growth trajectory of ingredients, estimates that yuzu will continue growing by nearly 25 percent over the next four years. Haiku also predicts that the term “Japanese Whisky” will increase by another 100 percent on menus within the same period. As consumers become increasingly adventurous and look to explore more global alcoholic beverages and flavors, operators can stay on top of the game by looking for opportunities to combine Asian inspiration with familiar elements, for a fresh and exciting beverage.