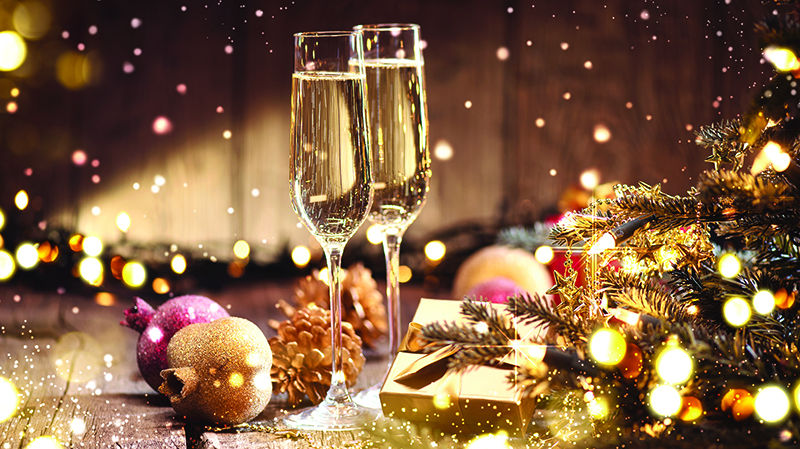 Too often we limit ourselves to what we know or feel comfortable with, and nothing is more applicable to that than a discussion of sparkling wines. This article covers all kinds of bubblies other than Champagne or prosecco, that one can seek out and enjoy this coming festive season.

There are three primary ways of capturing bubbles in wine. The first is a pétillant naturel, or “pét-nat,” which is a single fermentation in the bottle and the oldest known method. The second, referred to as the classic or traditional method, is by inducing a second fermentation to wine in the bottle and aging it on the lees (the expired yeast cells) to derive complex autolytic flavors. The third method is called the “cuve close,” tank or Charmat method. The goal of this latter method is to maintain the fresh character of the variety without disguising it with the flavors associated with yeast.

This first method, which has gained recent popularity because of the trend for all things “natural,” is called the pét-nat, short for pétillant naturel. It is a pre-classic (Champagne) method also referred to as the “méthode ancestrale” or “rurale.” This method may owe its 16th-century origin to monks producing AOC Limoux Méthode Ancestrale, made from the Mauzac grape in southwest France. This is still widely available, a very good value and to be recommended. There are many different styles of pét-nat, from white to deep rosé, dry to sweet, low to higher alcohol, disgorged to unfiltered, fresh fruit to autolytic and, unfortunately, very often with off-flavors as the wine producer needs a level of considerable expertise. I have been fortunate to taste a gamut of these wines and most recently was impressed by New York State’s Seneca Lake AVA Red Tail Ridge Pét-Nat Riesling 2016. The Loire Valley has seen a plethora of this style being produced since the mid-1990s and there are many very good producers including Les Capriades, Le Petit Saint Vincent and Domaine Lise et Betrand Jousset.

Some of my favorite méthode ancestrale wines come from the Savoie region of France from the Buguey-Cerdon Appellation, where one finds delightful sparkling pink wines made from the Gamay and the local Poulsard grapes. This delicate, refreshing, medium sweet and affordable wine is a lovely treat to accompany many desserts this holiday season.

There are wonderful wines representing wine regions in California, Oregon and New York, among others. I will also focus on wines from Spain, Italy and France. Some are fairly straight forward and represent good value, while others have Champagne-like complexity. One key factor to the wine’s gaining complexity is the length of aging on the lees. Examples include Schramsberg vintage Rosé, Scharffenberger Brut Excellence, Chandon Blanc de Noirs, J Cuvée Brut, Domaine Carneros Vintage Blanc de Blancs and Roederer Estate’s vintage L’Ermitage, which rises to Champagne’s level of complexity and charm. Argyle’s Blanc de Blancs and Soter’s Brut Rosé represent Oregon’s sparkling wines very well, while a Chateau Frank sparkler from New York’s Finger Lakes AVA will catch a wine snob off guard and believing it has French provenance. 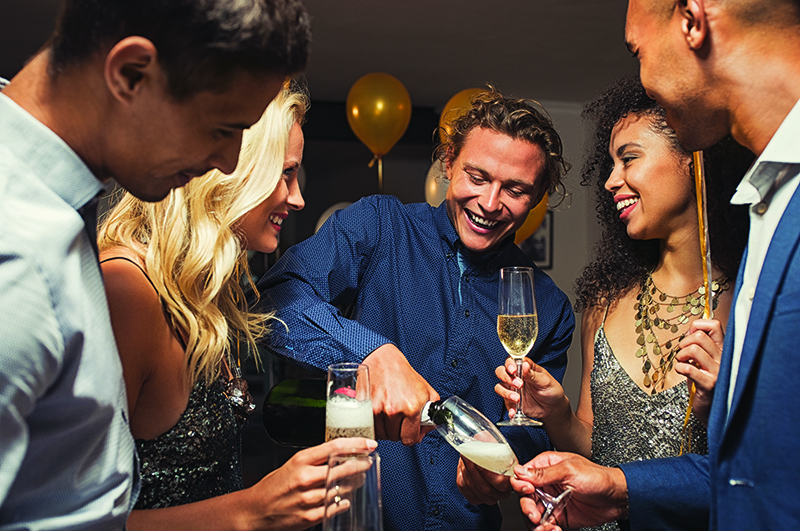 Spain is famous for its cava wines. The appellation transcends geographic boundaries though most cava wines are made from the indigenous varieties Macabeo, Xarel-lo and Parellada, in the Penedès region. Chardonnay and Pinot Noir may also be used. Recent revisions governing this region’s winemaking laws, in the hopes of boosting its reputation, may ensure that top producers are better recognized. Due to the revolt led by Raventos I Blanc winery that left the appellation unhappy with its lack of limits to promote top quality, and which formed its own unofficial appellation of Conca del Rui Anoia, new rules were passed for cava including the designation of Cava del Paraje Calificado as a single vineyard or estate wine. For price value classic winemaking, Ana de Codorniu Brut Rosé is a great example. While Freixenet is perceived as only a value-driven wine, the Freixenet Casa Sala Brut Nature is a sophisticated, complex sparkling wine. Some of my favorite producers include the incomparable Gramona, Recaredo and Mata, and don’t forget the Raventos I Blanc wines, which are a great value.

Piedmont has a relatively unknown sparkling appellation named Alta Langa, which was created as a DOCG in 2011. It uses only the classic Champagne grapes of Chardonnay and Pinot Noir and early results suggest top quality wines. Banfi’s Cuvee Aurora Rosé is a great example. While Lombardy’s Franciacorta is not very well known, it likewise produces excellent classic wines also made primarily from Chardonnay and Pinot Noir. The minimum time the wines must age on the lees is longer than that of Champagne. While Giulo Ferrari is the oldest and best-known estate, the large co-ops of Mezzacorona and Cavit are producing quality wines. In the Franciacorta wine region, the Ca’ del Bosco and the Saten wineries are both premium producers, exceeding the minimum requirements at every level. The other superlative producing region is the mountainous Trentodoc in Trentino, northeastern Italy. The blend of grapes includes the classic Champagne varieties with the addition of Pinot Blanc.

Many “experts” tend to decry this high volume method but the proof is in the glass. Almost all prosecco wines are made this way. True, most often the bubbles are not as delicate nor are the wines complex, but the reason for using this method is that it best preserves the grapes’ aromas. There are good value Deutscher Sekt wines from Germany made from many allowed varieties, but Riesling is usually the best and can be dry to medium sweet. There are new regulations providing greater quality control, namely Sekt QbA, which is what I suggest you seek out. There are exciting developments in the category of Winzersekt, which is made in the classic method and similar to Champagne but with emphasis on Riesling. Austria Sekt is also very good and can be made from any of 36 different varieties; but now there is emphasis on Austria’s Sekt Klassik, which reflects similar rules as Champagne and falls under the previous category of methods.

In Italy one will find delightful frizzante wines including the Lambrusco wines of Emilia-Romagna, which suffered from maligned opinions of many writers. Consider the dry sparkling red of Lambrusco di Sorbara DOCG or the more tannic and less fizzy wines of Lambrusco di Grasparossa Castelvetro. If seeking a sweeter style, try the aromatic Brachetto d’Acqui from Piedmont, especially with a chocolate dessert!

In closing, I will say that there is no better time to differentiate your wine program from others, given all the sparkling wine styles available, and many present not only good values for your customers but also favorable margins.