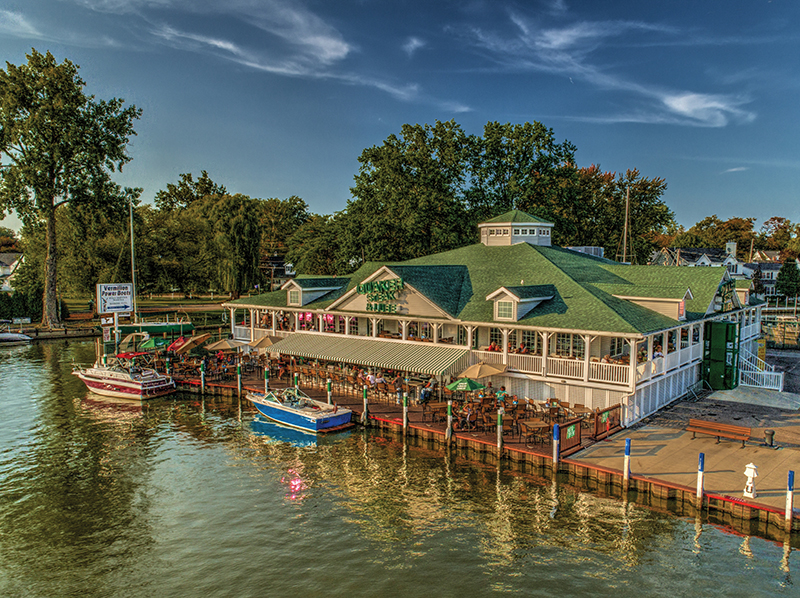 Quaker Steak & Lube’s unique Vermilion store epitomizes the group’s creativity. The restaurant’s dock generates extra sales by offering local fishermen the opportunity to load up on supplies while enticing all types of boaters to stop in for waterfront margarita. © image by: www.droneohio.com 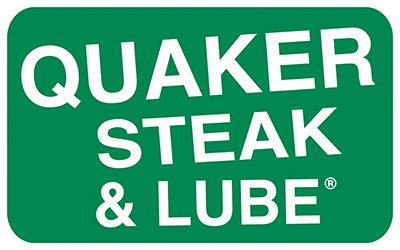 In an industry full of cost-cutting and an “if it ain’t broke, don’t fix it” mentality, Quaker Steak & Lube (QSL), a casual dining chain that started in an abandoned gas station, is breaking the mold by investing in new initiatives that will give them competitive advantages now and in the long-run.

Instead of completing the minimum upgrades, Ponczoch and new Corporate Beverage Director, Shannon Salupo, decided to do the opposite of typical operators: Invest more money in new technologies and initiatives focused on increasing profits and employee happiness.

One initiative being considered was Partender, an inventory and accounting tool that promised to deliver accurate, consistent inventory in minutes.

Salupo discovered Partender at the Hospitality Executive Exchange event where beverage executives were asked to use the 10-point scale to do inventory and calculate cost of goods (COGS or gross profit). The old school method took almost 45 minutes with the execs either not finishing the task or coming up with inconsistent and incorrect numbers. Afterwards, the same inventory process on Partender took only 1.5 minutes and the system instantly generated COGS for everyone—correctly.

After realizing how wildly different and inaccurate industry veterans’ counts were—and how these inaccurate numbers alone compounded into misleading P&Ls that corporate beverage directors and CFOs constantly need to rely on as truth—Salupo decided she wanted to pilot Partender’s patented technology that made it possible for everyone in the group to do inventory accurately, consistently, and within minutes.

“Our goal was to test a system that would help cut costs by (1) creating accuracy, and (2) saving on time spent doing inventory — not just labor costs but also giving time back to our managers,” says Salupo. “We weren’t concerned about integration with our back office or POS, but first about getting accurate and consistent counts.” 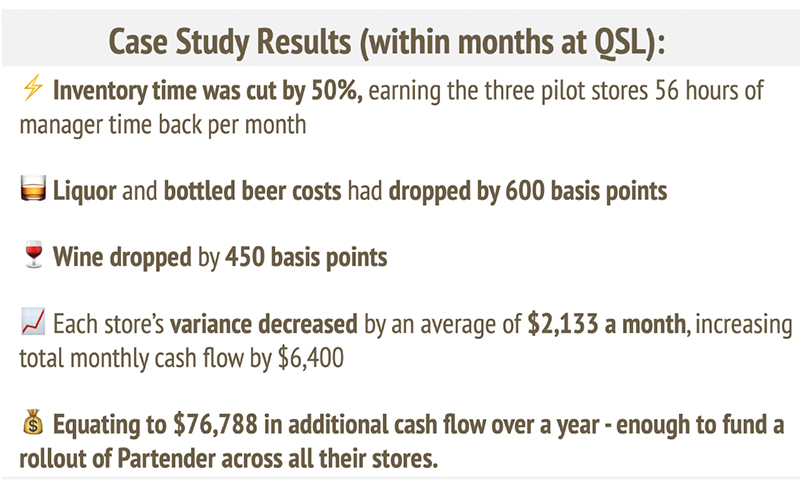 Luis Mendez, Bar Manager at the Valley View location recaps his experience with Partender: “When I started at The Lube, inventory on pen and paper would take two of us of us 6 hours each week. On top of that, we were never consistent and always rushing to submit a report, which increased the chances to taking the path of least resistance and being incorrect.”

Mendez recalls his store’s first week using Partender, “We cut inventory time by half. Partender is so easy to use; anyone can pick it up and figure it out. Since it’s so fast to do inventory now, while we have BeerSaver, I still like to inventory my kegs on Partender for a true, actual count. I don’t have to rush. I don’t have to rely only on theoretical numbers. I’m actually able to audit, fix problems, and send corporate the most accurate reporting. Now, no more garbage counts in – just to get garbage reports out.” 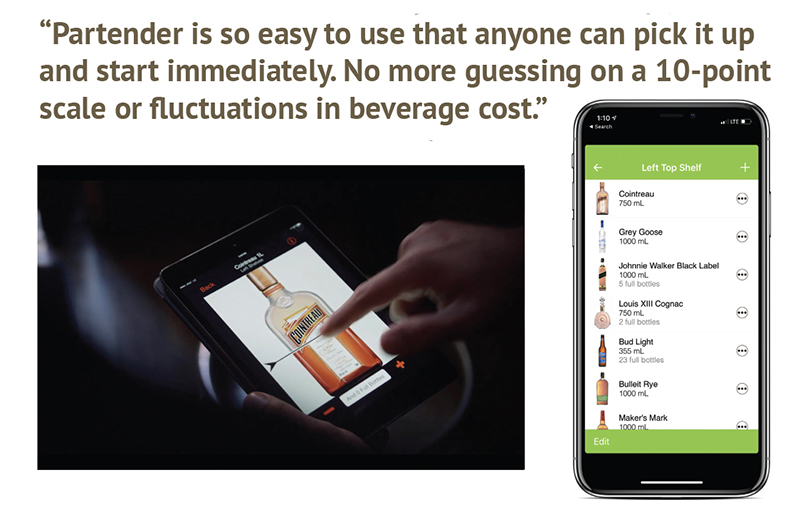 Bar manager Mendez touts Partender as being so easy to use that “anyone can pick it up and start immediately. No more guessing on an 10-point scale or dealing with fluctuations in beverage cost.”

Mendez continues, “I now spend this new time back on training, reviewing trend data to test out new products, and brainstorming bartender incentives that energize morale and drive sales. In a recent incentive, our servers and bartenders decreased their average number of comps from 6 per person to 1, all while sales grew 8%. My team was so excited and so engaged. I was only able to come up with this incentive because of the time and data back from Partender.”

Even while working on these projects, Mendez says “We’ve decreased beverage cost by 5% and it now stays consistent. Before we’d always have fluctuations because of the 10-point system,” he pointed out. While he and his team have accomplished a lot, Mendez feels like he now has a healthier work-life balance and the ability to do more. “I’ve also gotten time back with my family. That is truly immeasurable.”

With the Partender pilot stores generating thousands of dollars in additional monthly cash flow, increased employee happiness and productivity, and the opportunity to improve revenue and costs across all stores, the test proved to be successful, and corporate decided to roll out Partender nationwide. 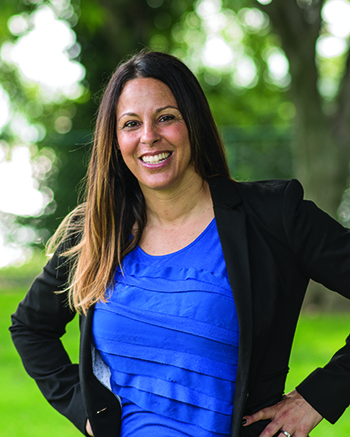 So how does this all come back to winning in casual dining?

In an industry that continues to accept low margins as the status quo, which prohibits most companies from investing in their employees, Quaker Steak & Lube is questioning what their organization can do better – for their people, and thus their profits.

With a unique innovation like Partender, QSL is generating tens of thousands in extra monthly cash flow, all while increasing employee loyalty, using Partender to seamlessly educate their employees on how to become even better bar managers, and creating motivated beverage leaders who are eager (and incentivized!) to increase the bottom line, delight guests, and—see their company succeed in the long-run. 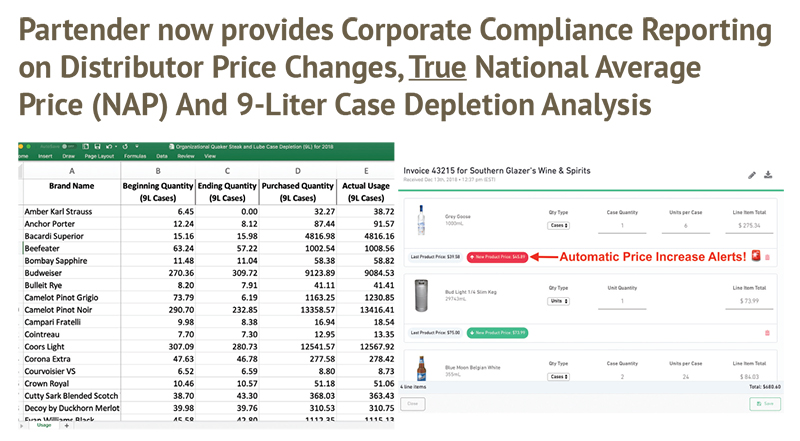 As part of the nationwide roll-out, Salupo and her team will start using Partender’s purchasing portal for a 360° view on stores’ ordering, as well as Partender’s new Compliance Reporting, which includes distributor price change alerts at the local level, and true National Average Price (NAP) and 9-Liter Case Depletion analysis for corporate.