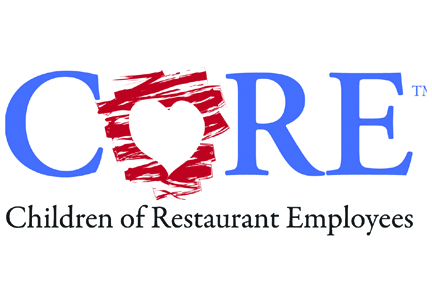 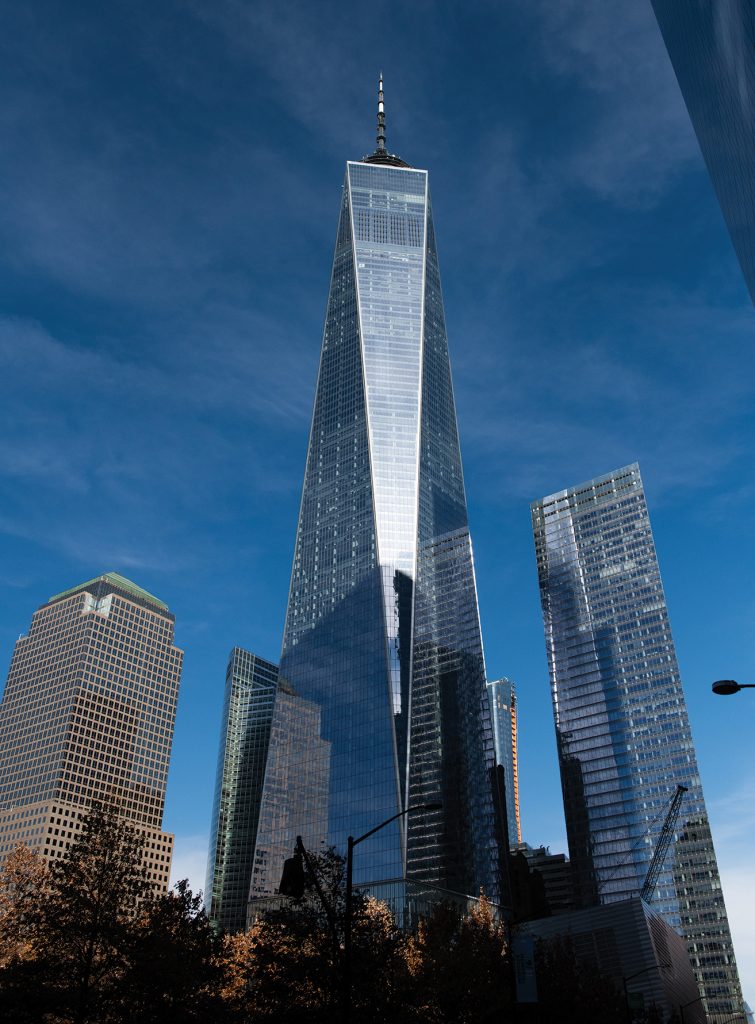 In an event honoring three of their greatest supporters, CORE (Children of Restaurant Employees, Ltd.) celebrated their fourth annual Founders’ Dinner on November 12, 2018. With more than 150 attendees from across the food and beverage service industry – including CORE staff, Board, Advisory Council, Ambassadors and donors – the night truly was one to remember.

The Founders’ Dinner was hosted at One World Observatory, the exquisite event space at the top of One World Trade Center in New York City, New York. The Observatory sits 104 floors above New York, boasting views of the city that fully live up to the promise of “An Experience Above.” COREporate member Legends Hospitality assisted with the cost of the space at One World Observatory, continuing their gracious tradition for the Founders’ Dinner for the third year in a year. The night’s other sponsors were Boston Beer Company, Edrington, IMI Agency, Monin Gourmet Flavorings, Red Bull, Smithfield Foods and Ste Michelle Wine Estates. Attendees took in breathtaking views of the city while mingling with each other and one very special CORE family, the Clarkes, who were sponsored to attend that evening by COREporate sponsor American Beverage Marketers, owner of Finest Call Premium Cocktail Mixes and Real Cocktail Ingredients.

The Clarke family – Jack, Laura and their daughters, Taylor and Samantha – traveled into the city from their home on Long Island, to be guests at the Founders’ Dinner and share their CORE story in person. CORE was honored to meet in person someone who has inspired us from afar for so long: Taylor Clarke, a heart transplant recipient and CORE grant recipient from 2016. Taylor was just 19 years old and in her sophomore year of college when she was diagnosed with heart failure and told she needed a heart transplant as soon as possible. Taylor’s father, Jack, was working as Executive Chef at the Village Club of Sands Point when Taylor’s heart failure began, and the family was quickly overwhelmed by the medical care needed to keep Taylor alive. After returning home and taking a leave from her studies, Taylor spent months on the transplant list before she was matched with a donor and soon after, she received her heart transplant in an intense, hours-long surgery. CORE had gotten an application for the Clarke family between Taylor’s diagnosis and transplant, and CORE was overjoyed when Taylor’s transplant was a success. About six months later, CORE sent the Clarkes to Disney World over the holidays to celebrate Taylor’s new heart. Now 22 years old and in her junior year of college, Taylor is fully recovered from her transplant. CORE was honored to meet Jack, Laura, Taylor and Samantha at the Founders’ Dinner and everyone was moved by Taylor’s speech recounting her transplant experience. Taylor and her family are a reminder of the lasting relationships CORE builds with food and beverage service families in need, and the vital nature of the work CORE does in the industry. 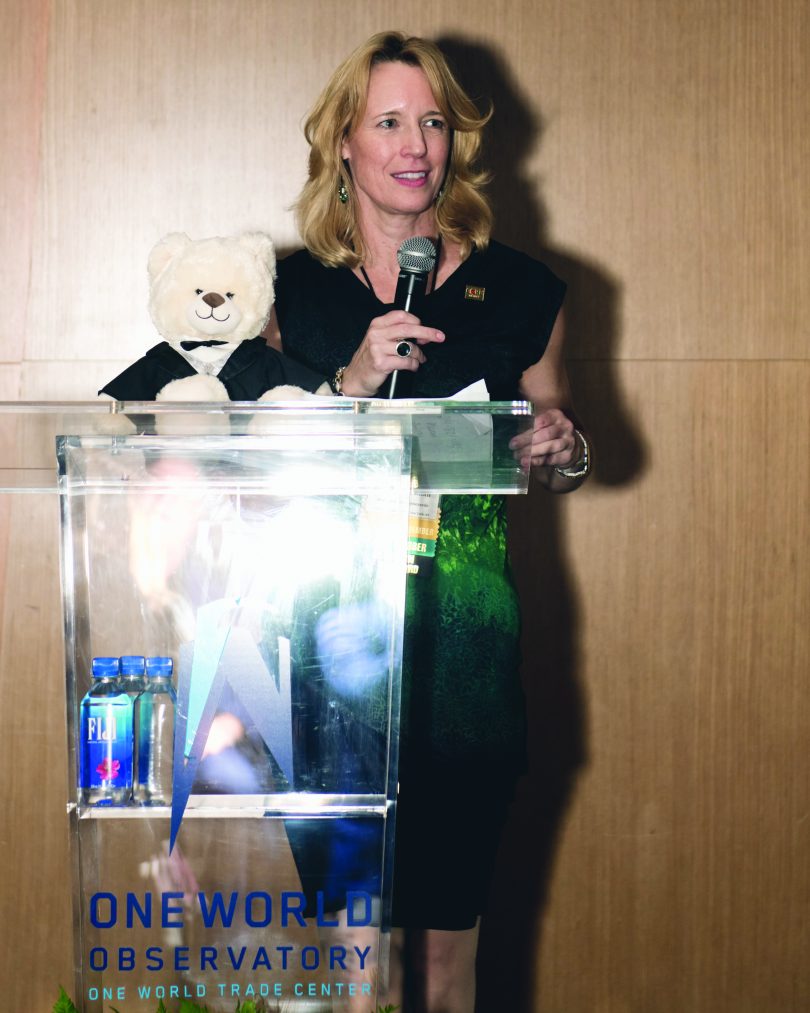 Colleen Brennan of Rodney Strong Vineyards, who officially took on the title of Chairperson of the Board at the start of 2019. 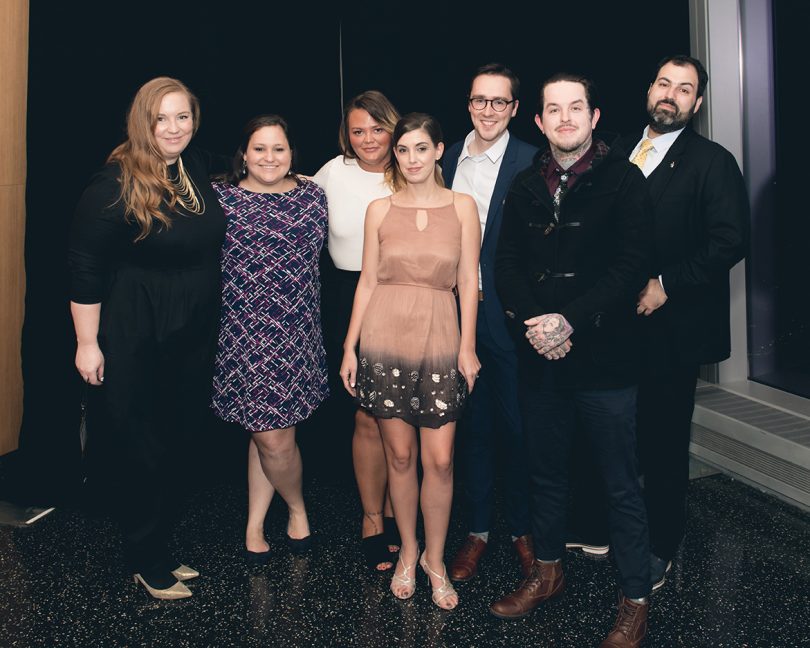 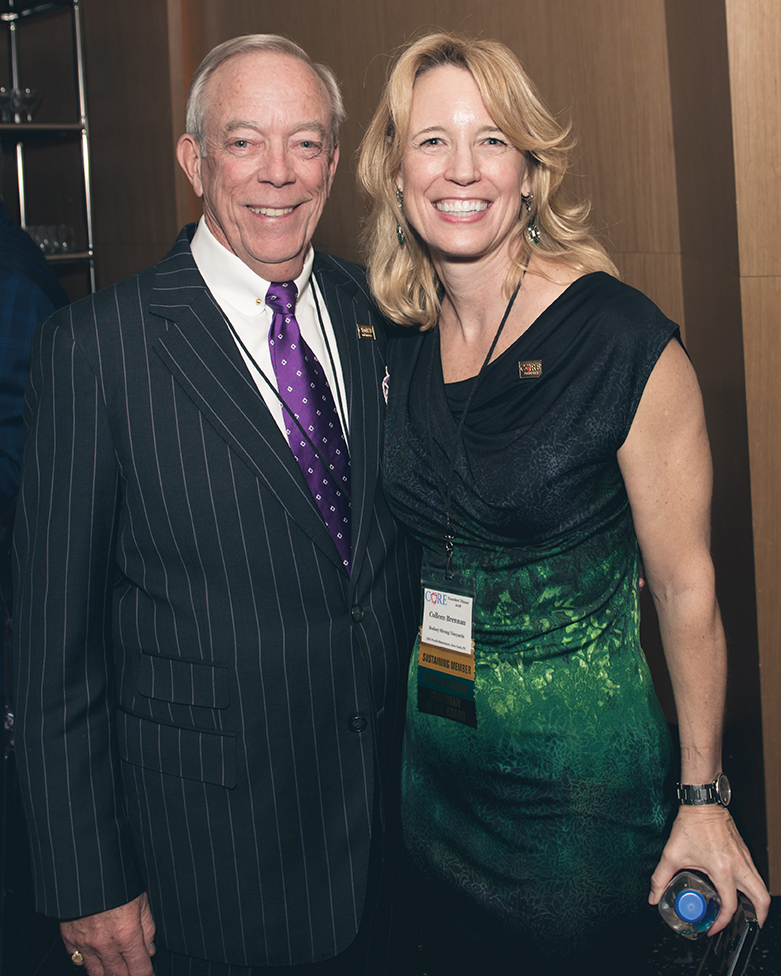 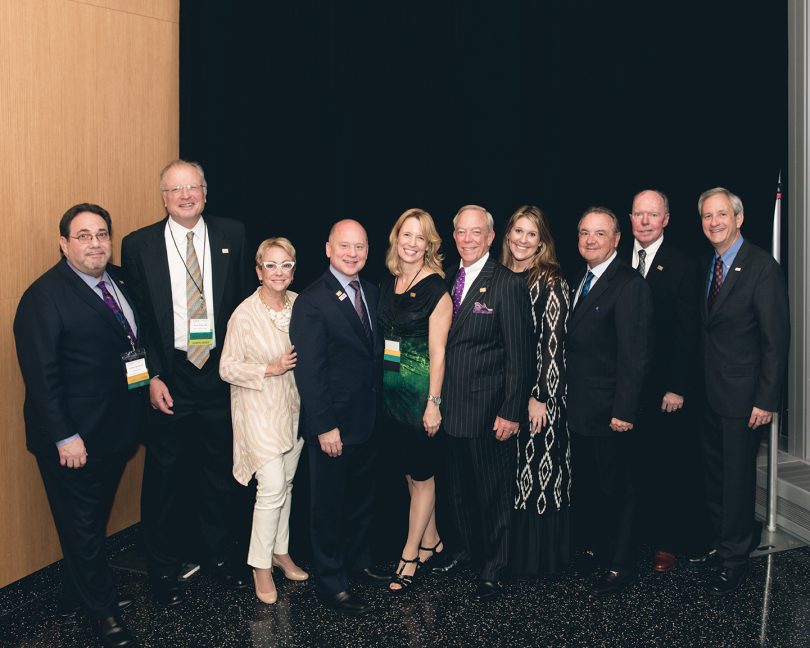 CORE Board members in attendance 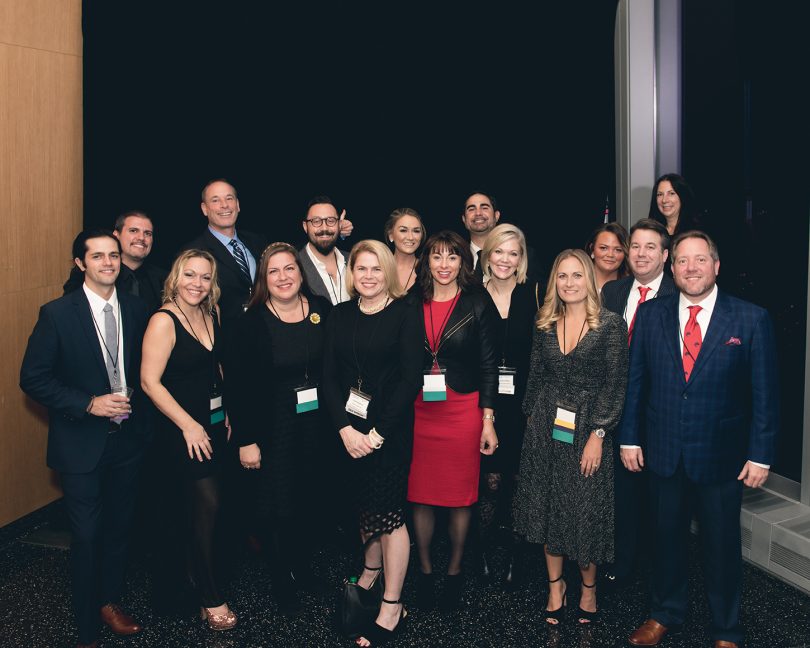 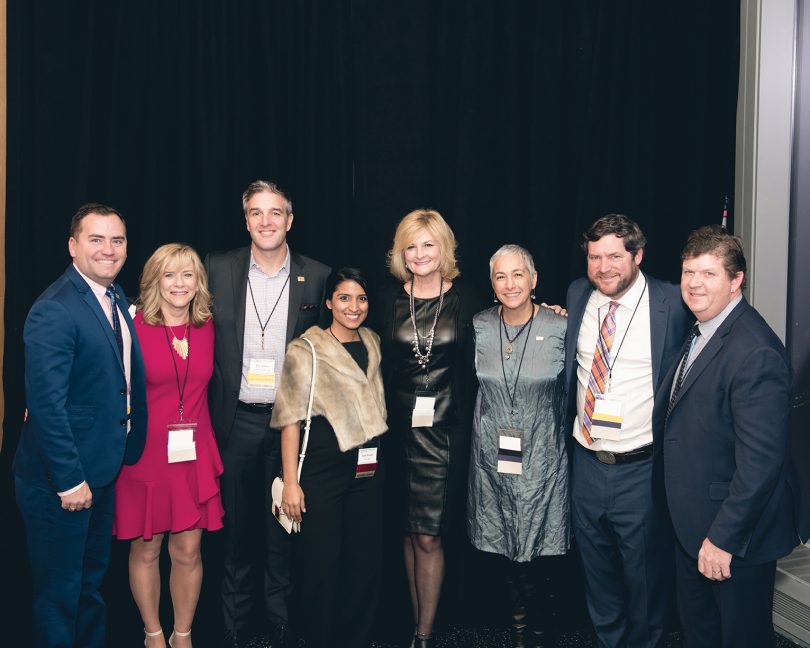 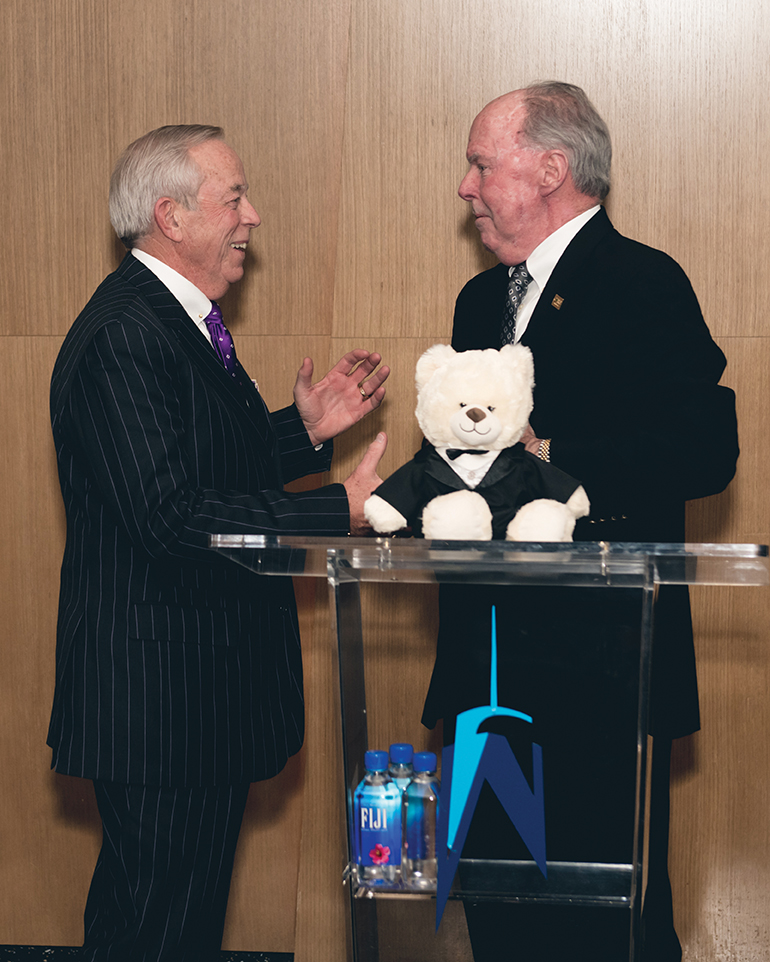 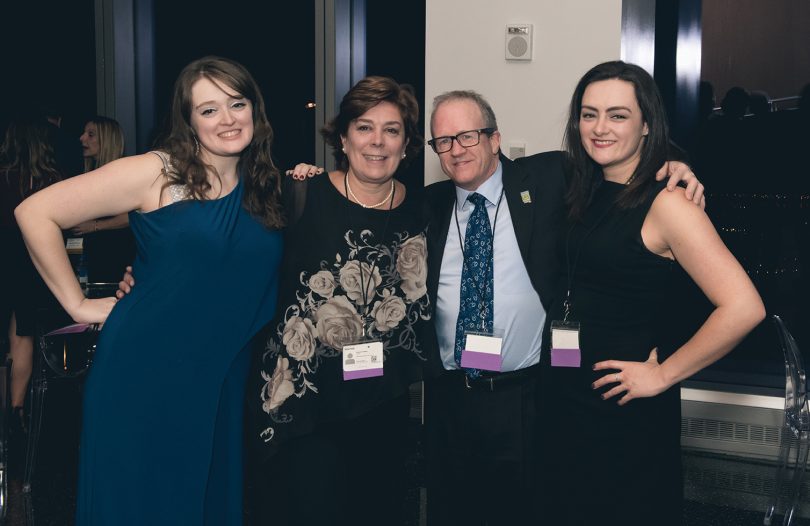 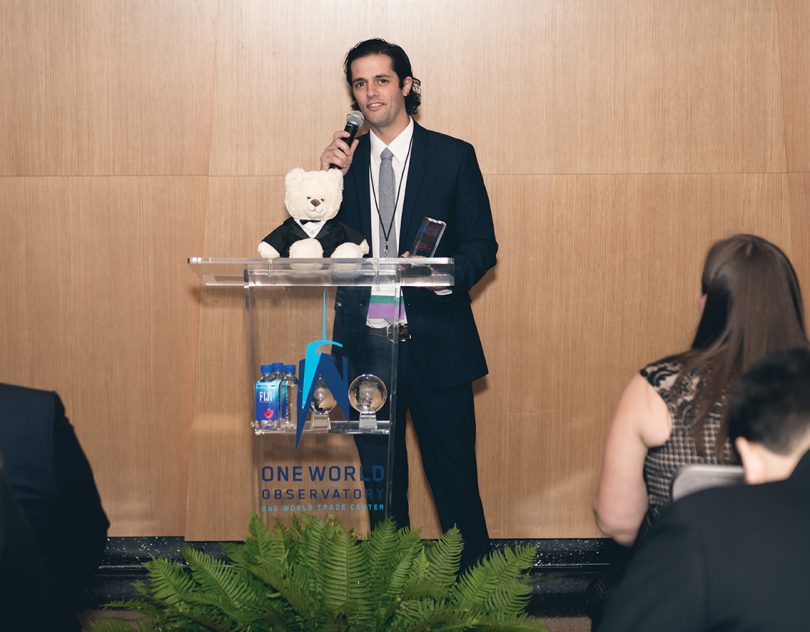 Kyle McElfresh receiving his CORE Ambassador of the Year 2018 award. 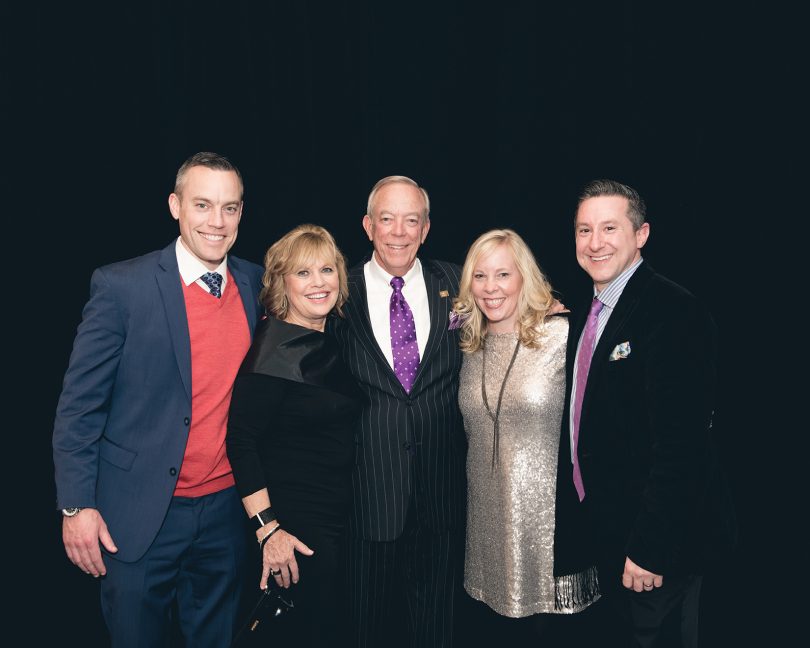 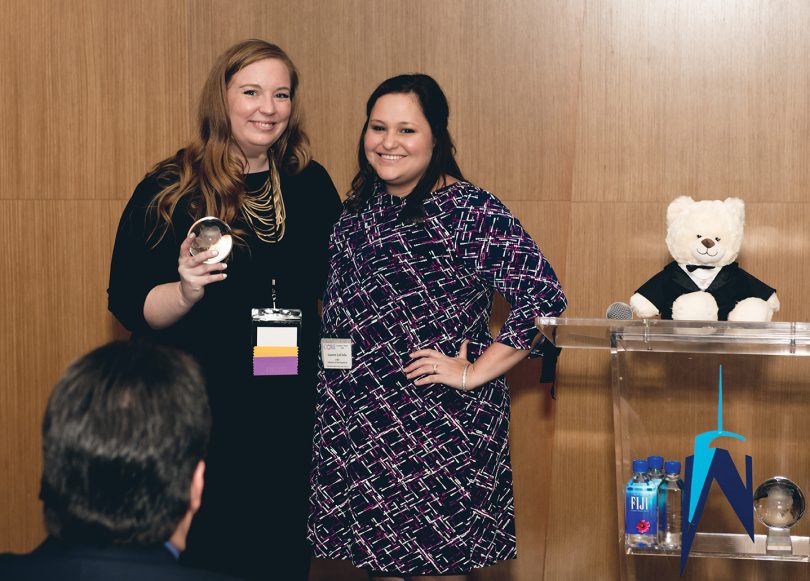 After the Clarkes had the opportunity to tell their CORE story to Founders’ Dinner attendees, CORE continued one of their favorite traditions by naming both a Lifetime Commitment Honoree and Annual Commitment Honoree for 2018. New this year was the naming of CORE Ambassador of the Year, an award created to honor one outstanding CORE Ambassador for going above and beyond in support of CORE’s mission. While the CORE Ambassador Program is still just a few years old, CORE has over 70 Ambassadors around the country working in support of food and beverage service families. CORE was honored to name Kyle McElfresh as Ambassador of the Year for 2018. Serving as an Ambassador since Spring 2018, Kyle jumped right into organizing several successful fundraising opportunities and creative initiatives that elevated CORE’s mission and the role of the CORE Ambassador. Kyle even enlisted his Los Angeles restaurant employer, Sawyer, as a CORE supporter and has remained passionate about CORE’s work with the food and beverage industry throughout. CORE is honored to have such a passionate, creative, ambitious supporter and is incredibly grateful for Kyle’s support.

CORE also had the bittersweet honor of presenting Joe Smith with this year’s Lifetime Commitment Award as he stepped down from his long-term service as Chairperson of the Board. Joe, Senior Vice President of Sales for Monin Gourmet Flavorings, served as CORE’s Chairperson from 2013-2018. He joined CORE’s Board in 2006, just two years after its creation, and as Chairperson of the Board he guided CORE’s leadership through several pivotal years of transition. Well-known for his impeccable style and Boston accent, Joe remains on the Board of Directors, continuing his over 12 years of service to those in the food and beverage service industry as a part of the organization. CORE is in great hands with Joe’s successor, Colleen Brennan of Rodney Strong Vineyards, who officially took on the title of Chairperson of the Board at the start of 2019.

The final award of the night went to Lush Life Productions, a staunch CORE supporter that has raised over $45,000 for the organization since 2017. Over the past two years, Lush Life Productions has connected CORE to four recipient families and eight CORE Ambassadors, proving time and again their commitment to those in food and beverage service. This comes as no surprise as the heart of Lush Life Productions is ensuring bartenders have the tools they need to progress and develop. When Lush Life isn’t hosting bartender-driven events, they are working with spirits suppliers to identify trends, develop programming and more. CORE is grateful to all at Lush Life Productions for the energy and ambition they’ve brought to CORE’s mission and looks forward to working with Lush Life in 2019 and beyond. Lush Life Founder and CEO Lindsey Johnson accepted the award on behalf of her team and we were humbled to have their team and their families join us for the evening.

Since 2014 the Founders’ Dinner has served as an opportunity for CORE leadership, staff, and supporters of the organization to have the chance to share stories of employees helped and families served. This year’s event was no exception, reminding CORE once again how committed the food and beverage service industry is to continuing to give back to our own.