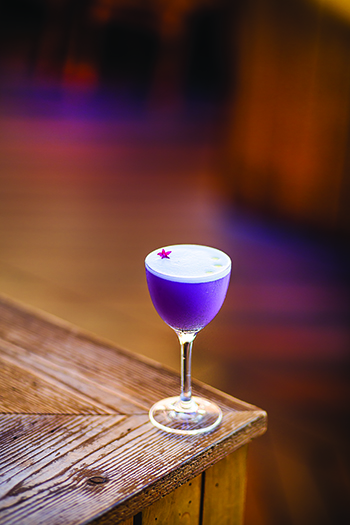 Summer has seemingly snuck up on us – are you ready for beach weather? As we move into the hottest time of year for many parts of the country, consumers are also moving towards consuming healthier food and beverages, not only to get their beach bods in shape but as part of an overall push to improve their health in general. Operators have picked up on that focus and are extending it beyond the food menu into the cocktail menu as well, and many are now touting alcoholic beverages with a variety of functional benefits. While these health-forward cocktails can sport a range of functional ingredients that provide different benefits, all of them have one thing in common: they’re meant to help customers feel good about what they’re drinking.

Offer a Different Kind of Buzz With CBD and THC Cocktails

Cannabis and its derivative compounds, CBD (cannabidiol) and THC (tetrahydrocannabinol), are seemingly everywhere in the news these days. With the public becoming increasingly more accepting of marijuana and more states moving to legalize its consumption, CBD- and THC-based products are popping up all over, including in alcoholic beverages. In fact, according to Datassential’s Creative Concepts: Retail Alcoholic Beverages, over a third of consumers said they would be interested in trying THC-infused alcoholic products like beer, wine or spirits. With the majority of Americans now in support of marijuana legalization (62 percent, according to a survey by Pew Research Center conducted last year), the inclusion of CBD and THC in alcoholic beverages will likely only become more widespread in the near future, so bartenders and mixologists should start brainstorming how they can take tweak their alcoholic beverage offerings to take advantage of the trend. Adriaen Block is New York’s first CBD restaurant and bar, and around half of its cocktail menu is dedicated to cocktails made with a CBD tincture. There is some concern around potential negative effects of mixing CBD and alcohol (some say alcohol may amplify CBD’s relaxing effects, though Tonic notes that there are conflicting studies on the interaction between CBD and alcohol, and “experts can’t even seem to agree”), so Adriaen Block’s CBD offerings are either low- or zero-proof. Drinks that customers might find on the menu include the cheekily named Rolled Fashioned, featuring Aperol, Pineau des Charentes and Angostura bitters. 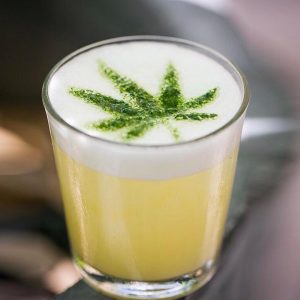 Tinctures aren’t the only way to introduce CBD into a cocktail either, as Plant Miami demonstrates with its aptly-named Plant Medicine cocktail, made with dark Rum, fresh pineapple, coconut milk, lemongrass, clove and CBD oil. Similarly, Madison on Park in San Diego has menued a Purple Rain cocktail (in tribute to the late singer Prince) made with Aquavit, peach liqueur, lemon, egg white, butterfly pea flower tea and CBD oil. Some manufacturers are beginning to introduce CBD-/THC-infused syrups as well. Seattle-based Craft Elixirs produces THC syrups in flavors like Bagley Ave. Brew with chicory and coffee, which can be incorporated into a number of foods or cocktails. And Chicago’s Fort Willow offers customers the option to add CBD to any drink for an additional charge, an effective way to introduce the ingredient to menus without necessarily investing time and resources into developing brand new items.

Make Your Drink Work for You

Functional foods have seemingly taken over the health and wellness trend lately, with operators and manufacturers touting how their food and beverage offerings contain ingredients that do anything from boosting your immune system and improving mood and cognition, to reducing blood pressure and acting as a sleep aid. According to Datassential’s Functional Foods Keynote Report, awareness and understanding of the term “functional food” is fairly high – around 68 percent – but actual interest in functional ingredients is even higher. When given a definition of functional foods (“foods that have a potentially positive effect on health beyond basic nutrition”), 90 percent of consumers said they were interested in trying them. While several non-alcoholic beverage operators have long been incorporating functional ingredients on their menus (think superfood smoothies or pressed juices), now mixologists are also beginning to experiment with functional flavors. Take, for example, trendy turmeric, which has not only made its way into mainstream beverages (golden lattes, for instance), but is now being featured in cocktails, too. Please, a craft cocktail bar in Cincinnati that draws inspiration from the health and juice bar culture of the West Coast, has leveraged turmeric as an ingredient in its seasonal Alisha Budkie cocktail, which mixes Gin, turmeric, elderflower, lime and egg white. Turmeric has grown nearly 85 percent on alcoholic beverage menus within just the past year according to Datassential MenuTrends (and a whopping 1,145 percent over the past four years). As the functional ingredient continues to become more mainstream, operators can expect its use in alcoholic beverages to increase as well.

While turmeric is one of the more well known functional ingredients, there are others making their way into cocktails, too. Beatrix in Chicago offers a menu of cocktails that play off the fresh juice trend, offering beverages like the Green Machine, which incorporates vitamin- and nutrient-packed leafy greens into a cocktail with Vodka, Chareau, lemon and pineapple. Buffalo and Bergen in New York menus a Deeply Rooted cocktail made with Avuá Cachaça Amburano, Luxardo Maraschino liqueur, lime and gentian root soda (gentian root is a medicinal plant often used to treat indigestion). Then there’s activated charcoal, the Instagrammable pitch-black powder that’s thought to have detoxifying properties, showing up in the Sucker’s Luck cocktail at Pink Rabbit in Portland, Oregon; the drink is made with Sherry, Vermouth, Batavia Arrack and Gin. And have you ever heard of ashwagandha? Named one of Datassential’s Flavors to Watch for 2019, the herb is touted as a treatment for anything from anxiety to backaches and asthma. Ashwagandha has long been used in Ayurvedic medicine and can be found in the Down the Rabbit Hole cocktail (Mezcal, Gin, carrot-turmeric shrub) at Oakland, California’s Copper Spoon.

Add a Healthy Twist to Your Tipple

When brainstorming ways to add functional ingredients to your beverage lineup, it may help to consider ingredients that are already common, but might not normally be considered as functional foods despite having healthy benefits. For example, coffee and tea are very familiar beverages for most consumers, and are high in antioxidants and can promote alertness – both functional benefits. Trendy matcha, a powdered green tea from Japan, is one type of tea that’s practically exploding in cocktails. According to Datassential MenuTrends, it increased over 530 percent on alcoholic beverage menus within the past four years. When menuing functional cocktails, the most important aspect to consider is how the drink is presented to customers – if you’re introducing an ingredient that’s relatively unknown, consider adding a brief description of what it is and its functional benefits. On the flip side, operators can also think about whether or not any of the ingredients they’re already using have any functional benefits, and highlight those. For example, while many customers are familiar with tea or beets, they might not know of the specific health-forward aspects of those ingredients, so calling them out can help lend a health halo to drinks on the menu. As noted in the Functional Foods Keynote Report, there’s currently a gap between consumer interest in functional foods and beverages, and the number of operators who are actually offering them. Given that mixologists often have a reputation for utilizing cutting edge ingredients that later proliferate through the mainstream, alcoholic beverage operators are well-positioned to take advantage of growing health trends that have consumers yearning for functional foods and beverages.