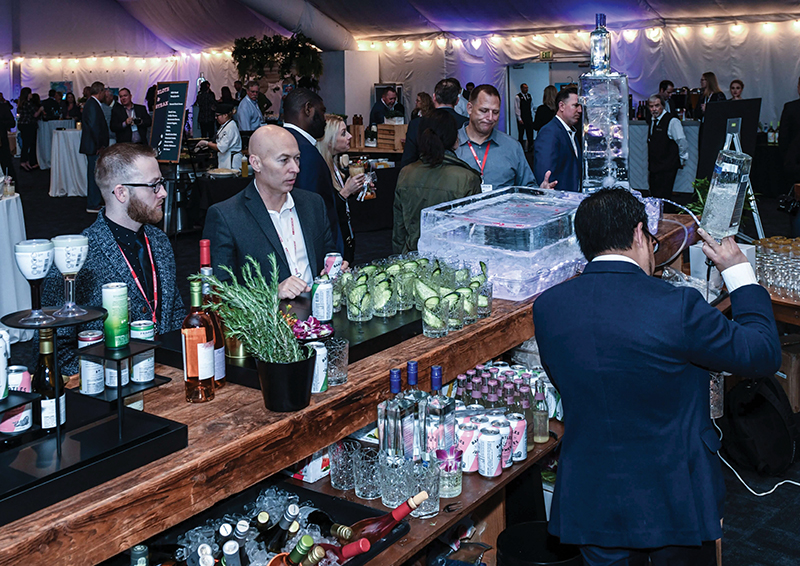 About 400 sponsor attendees representing 110 companies also attended in support of the conference, with 100 more attendees coming from distributors, agencies, consultants, speakers and industry notables, taking total attendance to the 700 mark. Before the start of the conference, the official charity of VIBE, Children of Restaurant Employees (CORE) invited operators to its annual “Giving Back to Our Own” party on Monday, Feb. 25. Through the event and its partnership with VIBE, CORE raised $86,000 for families in the food and beverage industry facing terminal illnesses or sudden losses. 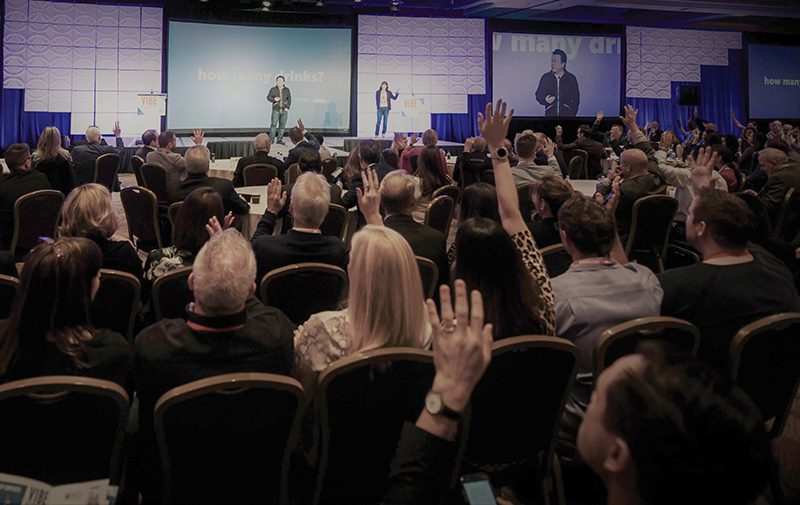 On Tuesday, Feb. 26, well-known wine consultant Evan Goldstein and Questex CEO Paul Miller kicked off the two-day event by welcoming operators to the VIBE Conference inside the San Diego Sheraton Marina. Following the opening remarks, attendees were treated to an innovative keynote session by award-winning professional speaker Scott Steinberg, hailed as “The Master of Innovation” by Fortune magazine. During his session, Steinberg spoke about what it takes to thrive in the new operating reality, to create competitive advantage and adapt to changing trends.

Steinberg was followed by one of the top-rated presentations annually, from Jack Li and Colleen McClellan of Datassential, on the current trends that influence consumer behavior in the on-premise environment, and how they decide what and how much to drink when away from home. 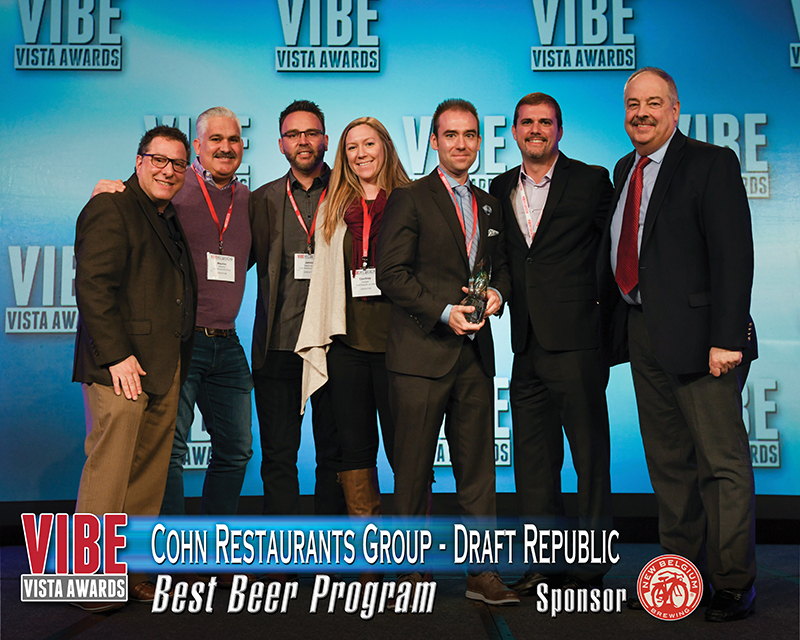 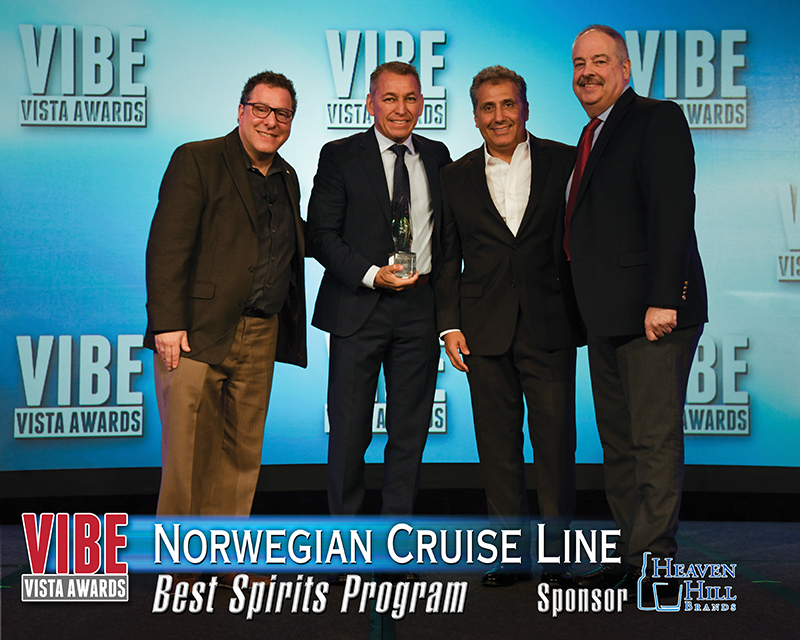 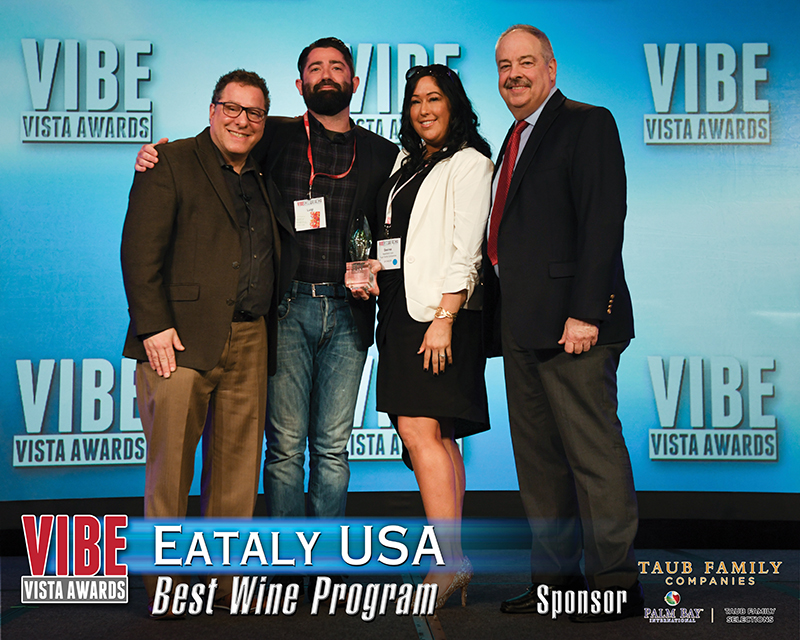 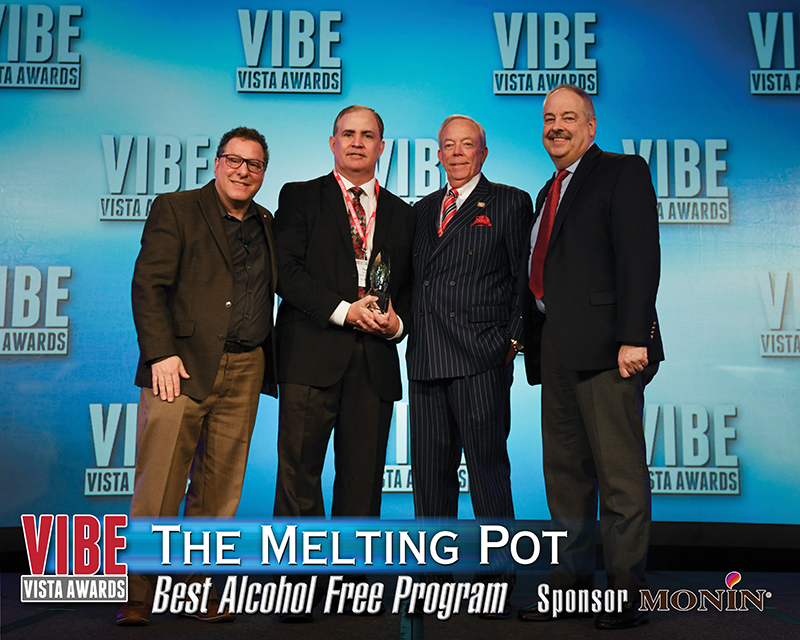 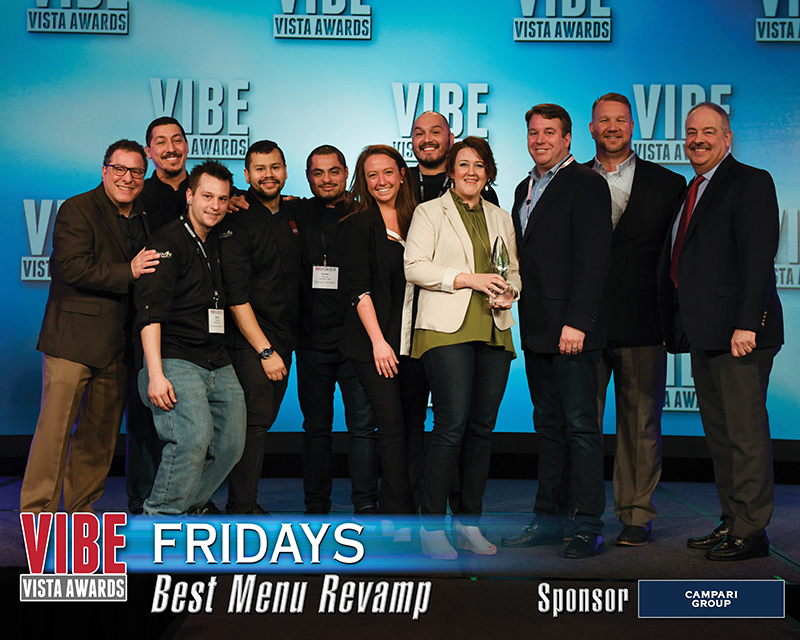 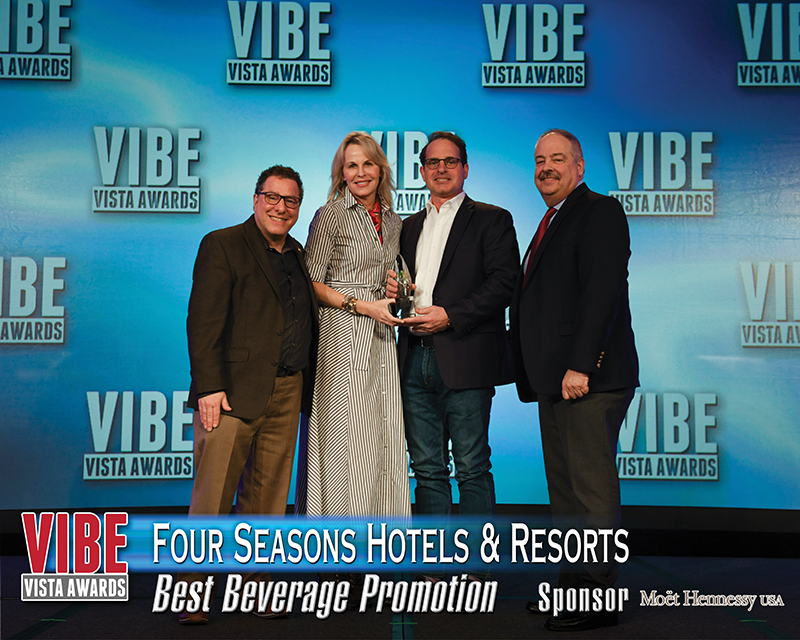 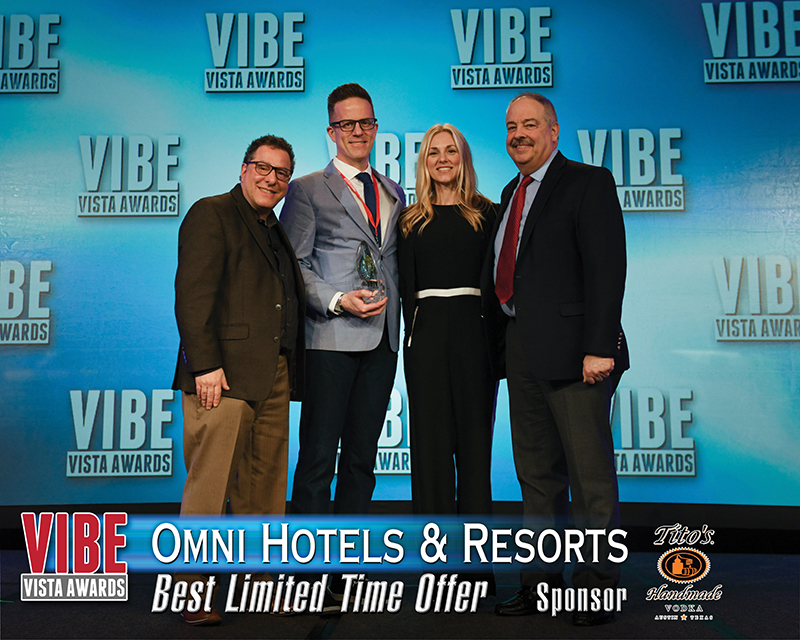 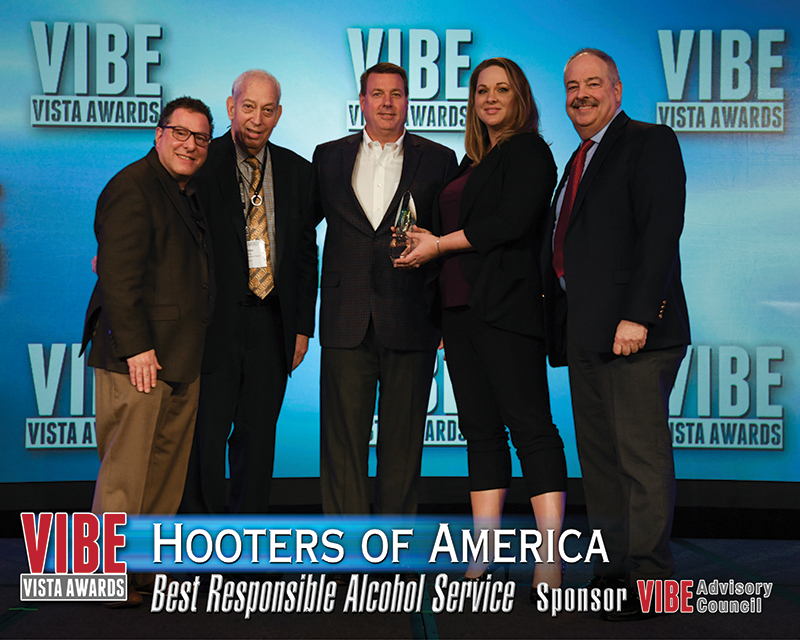 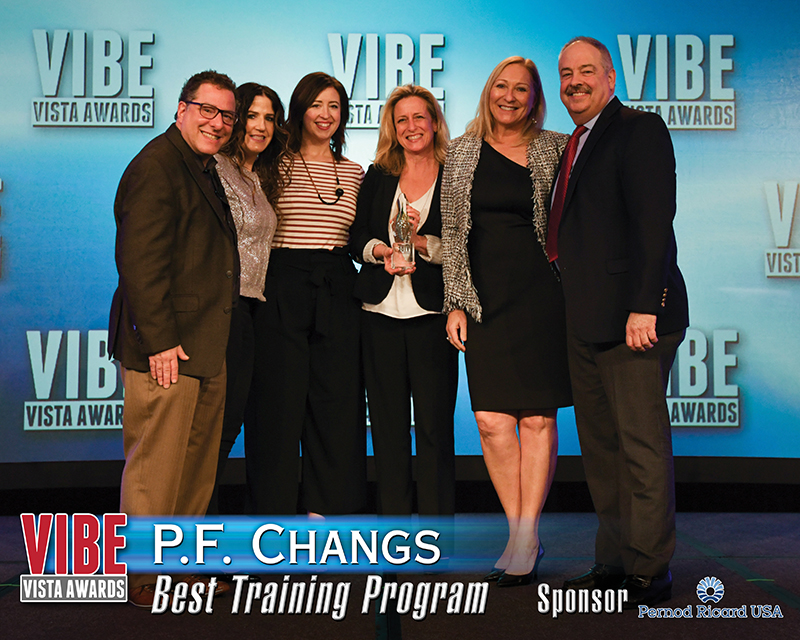 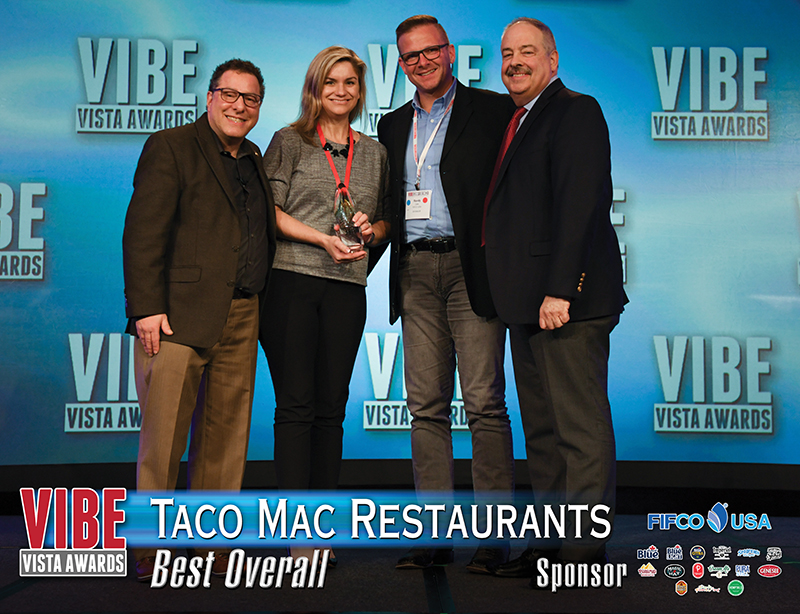 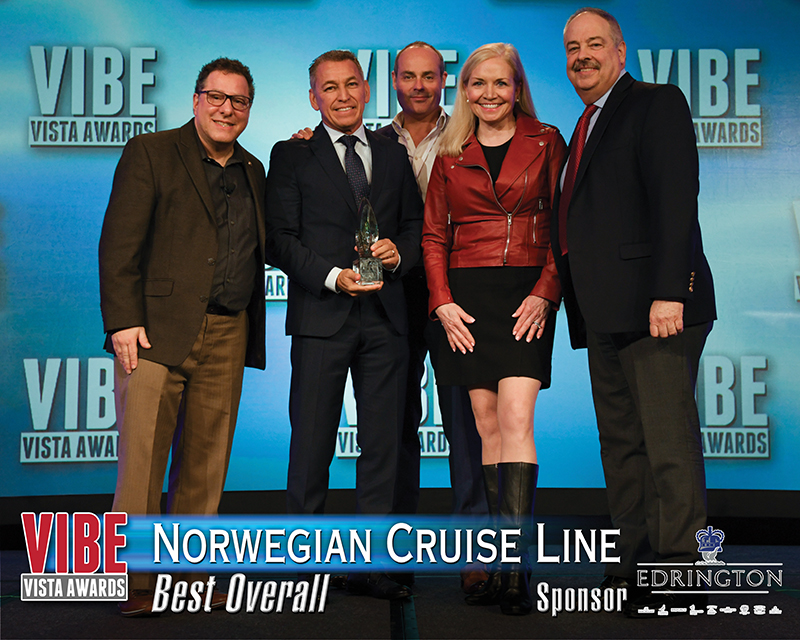 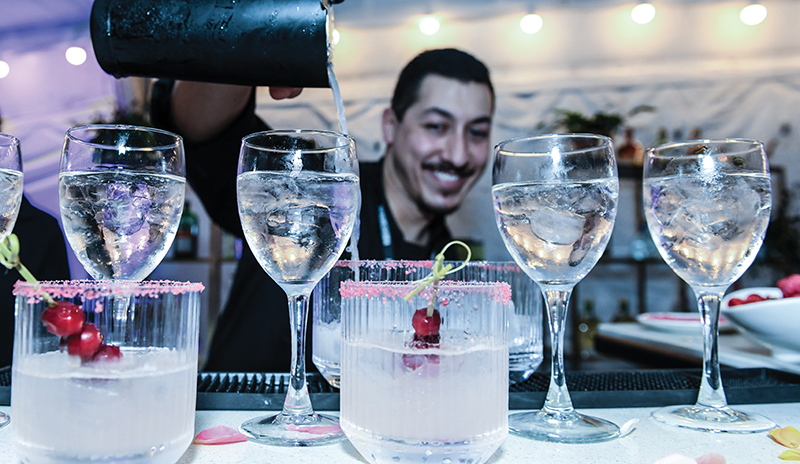 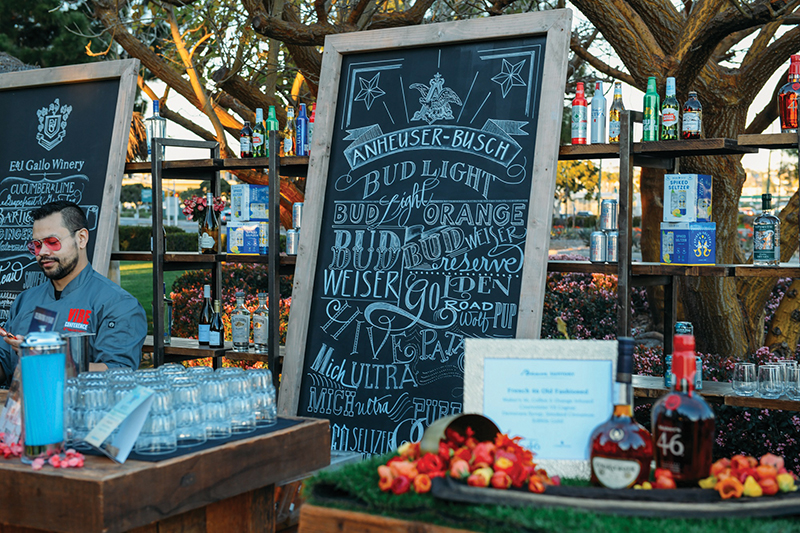 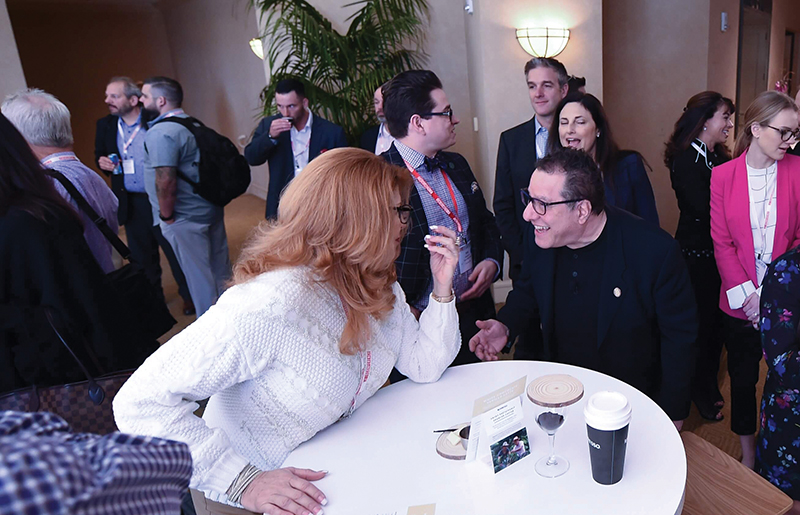 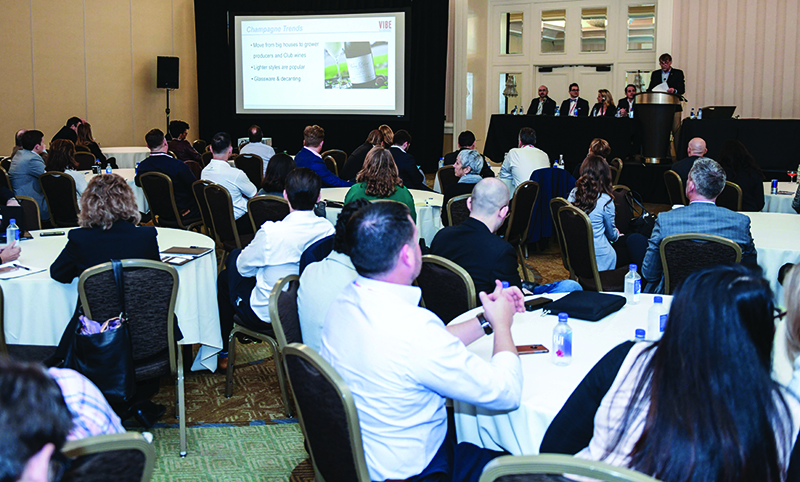 During the afternoon sessions, operators had access to two workshop series featuring a variety of tastings, research sessions and discussion panels. Workshops included:

After the sessions, attendees networked at the welcoming cocktail party while sipping on delicious craft cocktails prepared by celebrity mixologists, as well as beer and wine at the sponsored themed bars.

On Wednesday, the conference opened with David Henkes and Lizzy Freier of Technomic for a look at the impact of consumer hyper-choice on the on-premise environment and how choices will only continue to grow. Then David Portalatin, Vice President, Food Industry Advisor, The NPD Group, Inc., addressed another facet of the changing consumer — those looking for the memorable and the experiential in their drinking and dining.

Later that morning, Tom Fox, managing partner of CM Profit Group presented the VIBE Supplier Awards to 13 companies. For the past eight years, the VIBE Supplier Awards has invited beverage operators to rate their respective supplier companies, using an online survey, on key attributes including business-building support as well as service and support performance. To ensure efficient, fair and unbiased balloting and analysis, survey results were analyzed by food and beverage industry research and consulting firm CM Profit Group. Winners were then identified in the four categories of beer, wine, spirits and non-alcohol beverages, categorized by total annual case volume.

Two other prestigious awards were given out. 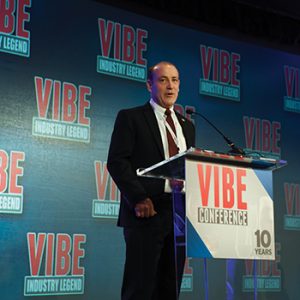 VIBE recognizes a food and beverage industry legend every year and this year’s winner was Ken Ruff, Vice President, National Accounts, Beam Suntory. Ken was recognized for his contributions to new ways to continue to serve American consumers with cutting-edge methods.

Ruff’s career has been marked by his contribution to the on-premise market through his long association with Beam Suntory as it evolved from the James B. Beam Distilling Company, to Jim Beam Brands, Future Brands and Beam Global. For the last three years, including this year’s conference, and for seven of the last 10 years, under Ken’s on-premise guidance, Beam Suntory has been rated as the number one large spirits supplier as determined by the 50 top chain restaurants and hotels polled.

“I have been at Beam Suntory for more than 30 years. It is a great honor to be recognized with the Industry Legend Award at the VIBE Conference. I feel like my award is a nice statement about all the supplier representatives at the conference, and the great work they do to help our customers,” Ruff said upon accepting the award. 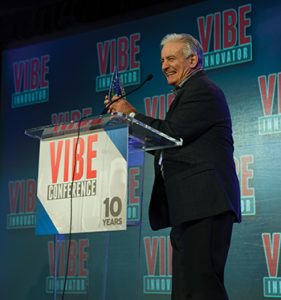 This year, King Cocktail himself, Dale DeGroff was recognized as the Innovator of the Year. Dale has been at the forefront of the modern cocktail renaissance and has mentored many and taught thousands of aspiring bartenders, especially through his work with Beverage Alcohol Resources training program.

Master Mixologist DeGroff developed his extraordinary techniques and talent tending bar at the legendary Rainbow Room, where in the 1980s, he pioneered a gourmet approach to recreating the classic cocktails. DeGroff has since been credited with reviving the profession of bartending and setting off a cocktail explosion that continues to transform the industry.

“I am accepting the Industry Innovator award on behalf of my mentor Joe Baum, and as a member of the team that shared his vision of American culinary excellence, wine on every table and a return to the ‘golden age’ of the cocktail! And what a team it was,” said DeGroff, mentioning Baum’s partner Michael Whiteman and others who were part of the original team at the Rainbow Room and Windows on the World, where DeGroff also created the cocktail program.

Three sessions ended the day: The annual VIBE On-Premise Beverage Consumer Trend Study, commissioned for the conference and presented annually by industry veteran Mike Ginley of First Choice Brands; an update on the growth of cannabis usage and its potential impact on the food and beverage industry by expert Ricardo Baca; and an overview of the state of technology and how it will continue to change the way on-premise operators do business, by Ben Salisbury of Salisbury Creative Group.

About VIBE Conference: VIBE Conference, a division of Boston, Massachusetts-based Questex LLC, is the premier event for chain and hotel adult beverage executives and suppliers. Produced for Questex LLC by Weiss Foodservice Visions, Inc., the top on-premise conference is held annually and involves high-level content, tastings and networking opportunities. The 2020 conference will be held Feb. 24–26 at the Omni La Costa Resort and Spa in Carlsbad, Calif.