As Mark Twain has been quoted as once saying, “Too much of anything is bad, but too much good Whiskey is barely enough.”

I recently had the opportunity to visit the Maker’s Mark distillery in Loretto, Kentucky and meet with Scott Mooney, Maker’s Mark Private Select Program Manager, to talk about this wildly successful program that was first launched back in 2015. Working alongside eighth-generation Whiskey maker and Maker’s Mark Chief Distillery Officer, Rob Samuels, and Distillery Maturation Specialist, Jane Bowie, Scott has become a champion of the first-of-its-kind barrel program, Maker’s Mark Private Select. In his present role, Scott manages the operations side of the Private Select Experience — from wood and barrel education, to sharing the flavor nuances that each stave will have upon final selection, and spreading the magic of Kentucky’s Maker’s Mark Bourbon throughout the world. 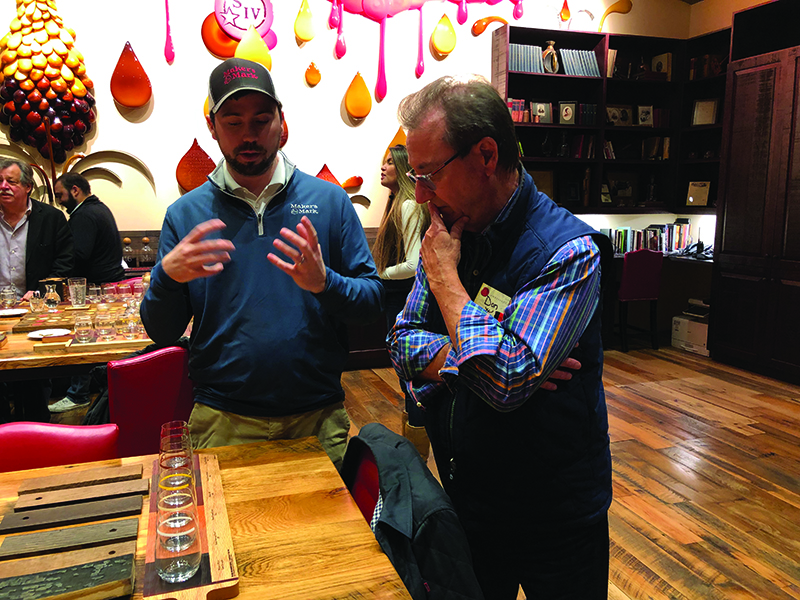 I happened to be on hand during the time a restaurateur and his beverage team were actually in the process of creating their own unique favorite expression of Maker’s Mark Private Select for their establishment. It begins with cask-strength Maker’s Mark®, which is then aged for nine additional weeks in barrels specially fitted with 10 wood-finishing staves in Maker’s Mark’s limestone cellar. Where Private Select separates itself from Maker’s 46, is barrel customization using five different stave types. This results in over 1,001 different possible combinations. As a single-barrel Bourbon, all expressions of Maker’s Mark Private Select are bottled at cask strength, which ranges from 108 to 114 proof.

The Private Select Experience is more than just choosing your own barrel of Whiskey. It’s a one-of-a-kind Bourbon experience that allows you to follow the process Bill Samuels, Jr. used when he created Maker’s 46®. After a day at the distillery, you and your guests will leave with the satisfaction that you’ve created a Bourbon combination that is truly Maker’s Mark® — and truly your own. 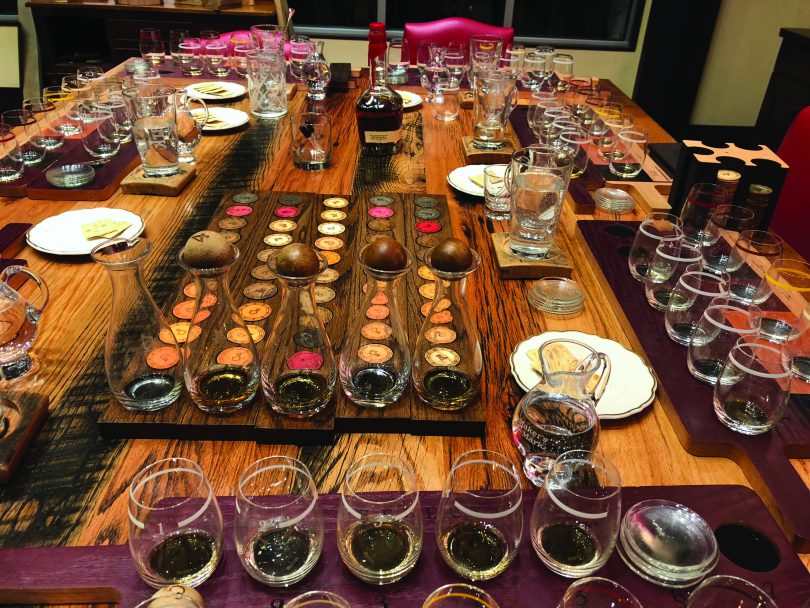 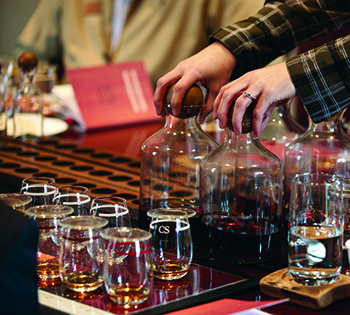 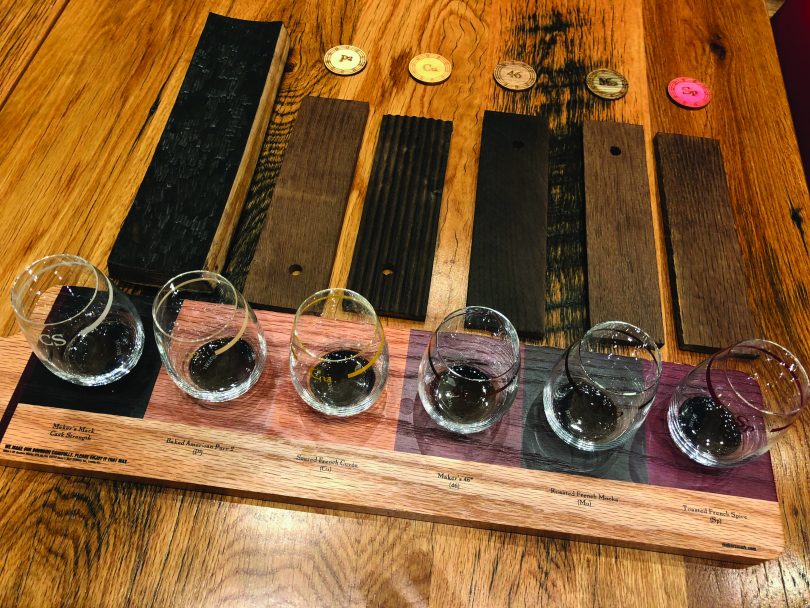 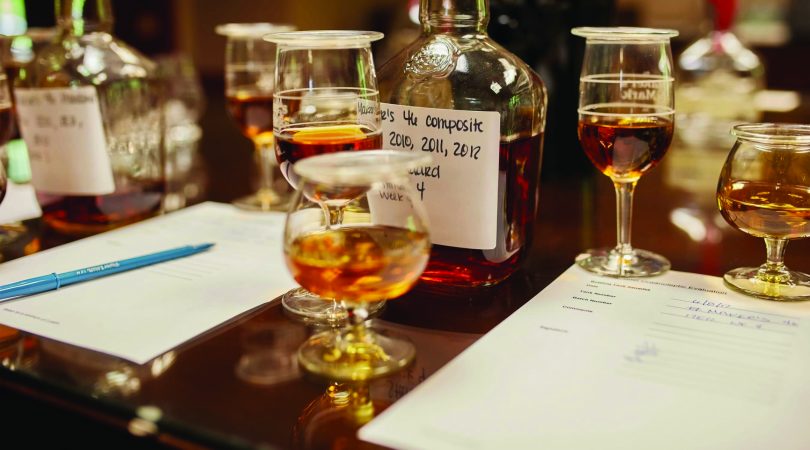 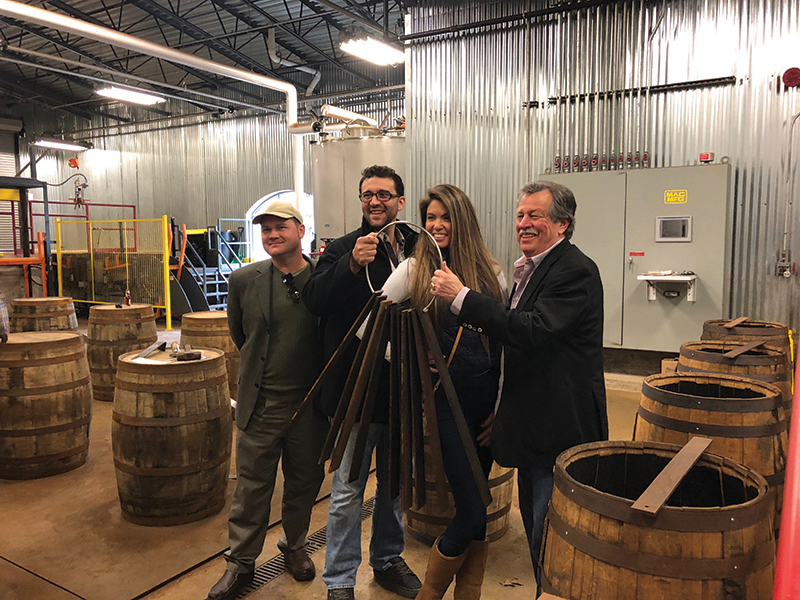 The final stave types selected by the F&B team from Antonio’s Ristorante located in Maitland, Florida. 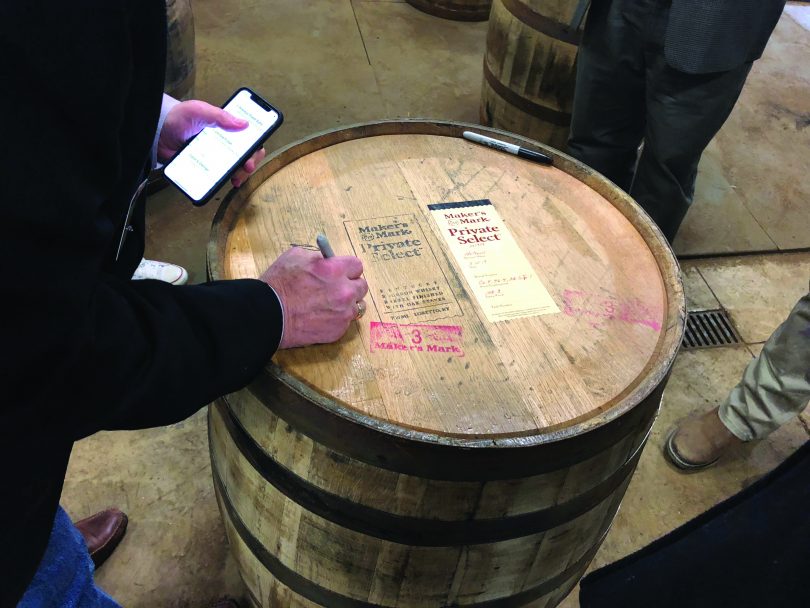 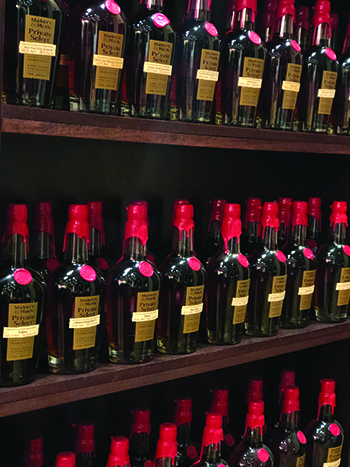 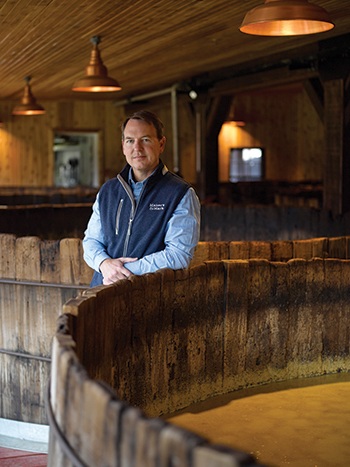 Maker’s Mark was thrilled to welcome back to the Maker’s Mark Distillery, General Manager and Master Distiller Denny Potter. Denny is an expert craftsman with an impressive breadth of experience who knows the Maker’s Mark brand very well, having served as the Assistant Master Distiller from 2007 to 2013. Denny will focus on maintaining and preserving the way Maker’s Mark handcrafts their Bourbon in Loretto, along with the quality of the liquid and ongoing commitment to best practices and sustainability. 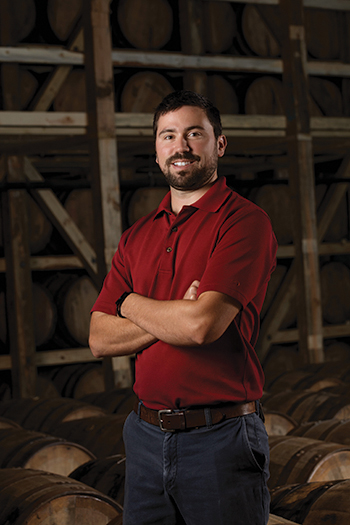 Indiana native and Bourbon expert, Scott Mooney has been a part of the Maker’s Mark family since 2013. With a background in hospitality and marketing management, his passion for Bourbon grew with a move to the heart of Bourbon country in Kentucky. As the Private Select Program Manager at Maker’s Mark, Scott focuses on one of the industry’s most innovative programs, the Maker’s Mark Private Select Experience.

So if you are interested in creating a unique private select barrel of your own, spend an educational day at the Maker’s Mark Distillery in Loretto, Kentucky. Enjoy a VIP tasting and roll up your sleeves as Scott Mooney guides you through the process of customizing and creating your own version of cask-strength Maker’s.

Where did the name “Maker’s Mark” come from? The phrase “maker’s mark” is defined as the hallmark on a piece of English gold, silver, or plate denoting the person or firm responsible for its production. Margie Samuels took that cue and is responsible for creating two of Kentucky’s most widely known symbols: the Maker’s Mark name and the bottle’s red wax seal.