in the Mix magazine has grown into a national media business solutions publication that includes print, digital, video, web, event and mobile service applications. We use a rifled approach to reach our audience of national hospitality buyers, F&B managers, unit general managers and executive chefs. Our subscribers include approximately 7,000 restaurant units, 2,200 hotels, 400 concessions and casino venues, as well as 400 corporate headquarters. This is extraordinary for a niche-market B2B publication that is exclusive to the on-premise national accounts segment of the hospitality business.

The precursor to in the Mix was a publication called IMI Drinks. “Drinks” ran for two years. In the spring of 2007, we changed the name to in the Mix and created a whole new magazine and companion website.

Back years ago, we entered many magazine award programs, including MAGS and the Eddie & Ozzie awards. Not being one to brag, but we killed it! If we didn’t win a category we were in, we were very disappointed. After a while, we just lost our mojo for award shows. We knew we had a winner and just concentrated on our product instead of spending so much energy trying to get recognition. 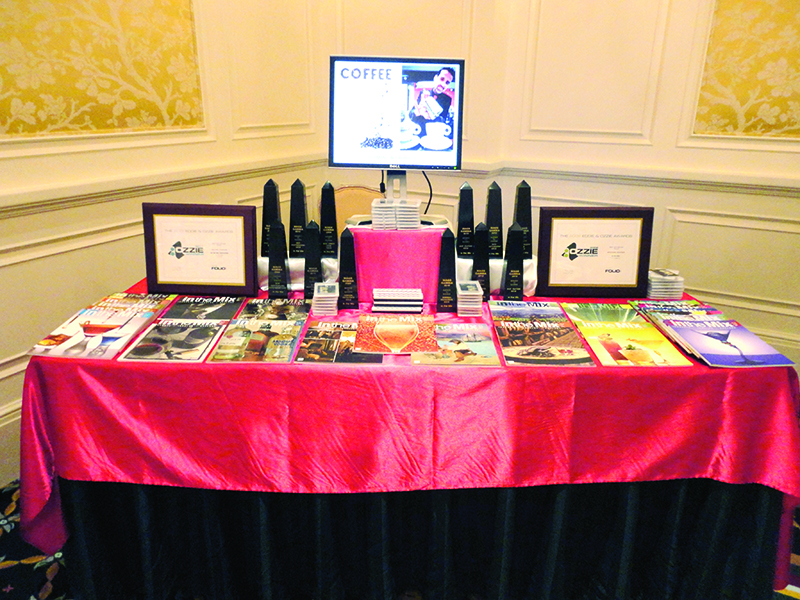 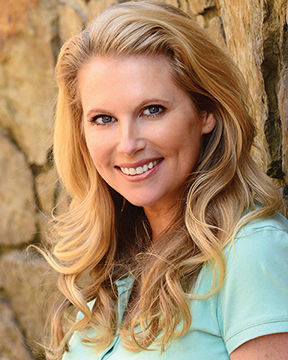 People are what make a magazine work. Behind the scenes we have had a fantastic crew throughout the years.

Our Designer, KESTER CHAU (left), has done the majority of the magazine and website designs throughout the years. She is a great friend and we are lucky to have her. 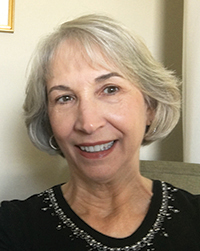 Our copy editor, CHRISTINE NEAL (right), has been an invaluable asset to the cause going on 11 years now. You may think you know the Queen’s English until you meet with her. She allows everyone in the magazine to have perfect English and grammar! 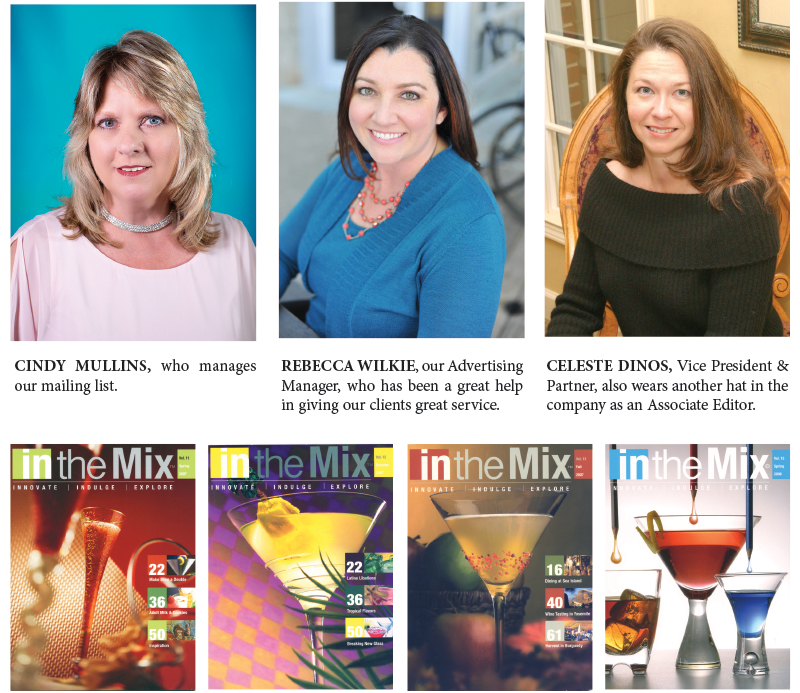 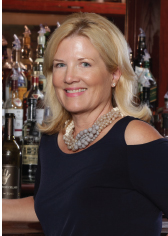 HELEN BENEFIELD-BILLINGS, is one of our Associate Editors. Helen has written countless articles for us on travel and hospitality, recently displayed in her “Making the Rounds with Helen Benefield Billings.” Helen’s love of travel and the finer things in life is shared by her husband, Don (left). Their experiences make for great articles.

And there is also the whole IMI team, who help us with everything from content to accounting. 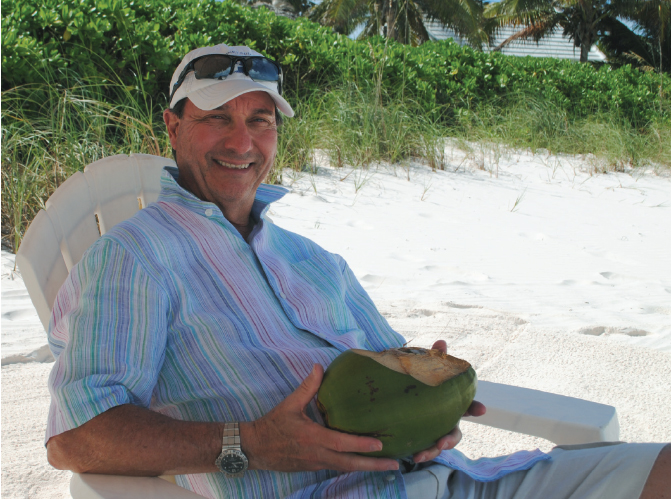 Then there is Don. DON is the driving force behind in the Mix. He has a passion for the magazine and media business and his energy is contagious. He has been a great friend and an even better publisher to work for. On behalf of everyone involved in the magazine and website, we say, “Thank you!” 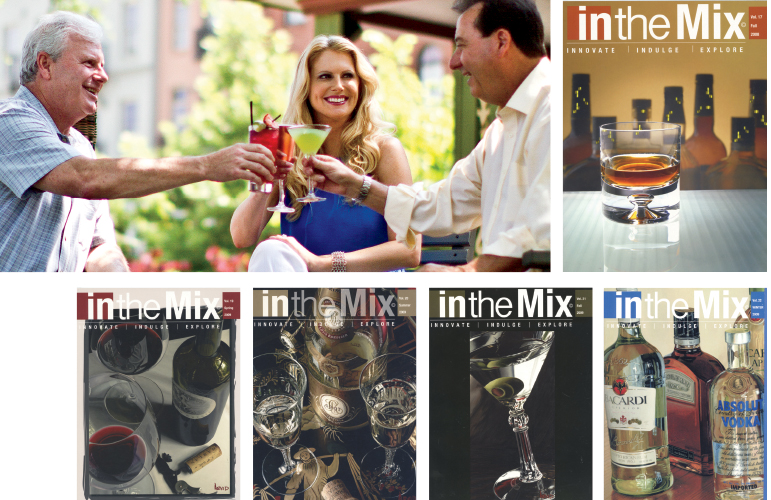 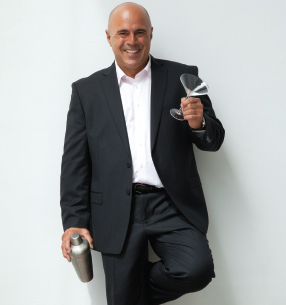 TONY ABOU-GANIM (left), The Modern Mixologist, has been in every magazine from the start. His “Adventures of George” has been our most popular series since its inception. 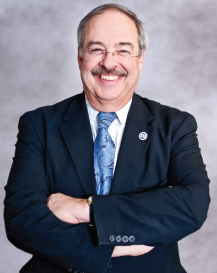 University, has been with us for many, many years. From his perch at the university, Ed has provided us with educational contributions in every magazine, many of which come from personal travel destination experiences. I’m not sure I know anyone who knows more about the subject of wine and spirits than Ed. Ed is retiring from Johnson & Wales and will continue to write for us from his new post in Winter Park, Florida. 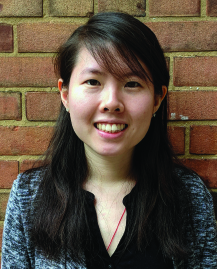 Datassential and SHERRY TSENG (left), Publications Specialist, have contributed their informative, trendy and fact-filled fun articles for years. Their interpretation of current trends backed up by research has created a series adored by many. We always look forward to hearing their topics for upcoming articles.

As in any business, we cannot predict the future. We still have a positive outlook for the print version — everyone loves to hold and read a magazine. We are also working to make our website version and ISSUU flipbook version more accessible to readers across the board.

We will continue to concentrate on the on-premise national accounts, the trends, the people and products that make up this special area of the hospitality business. 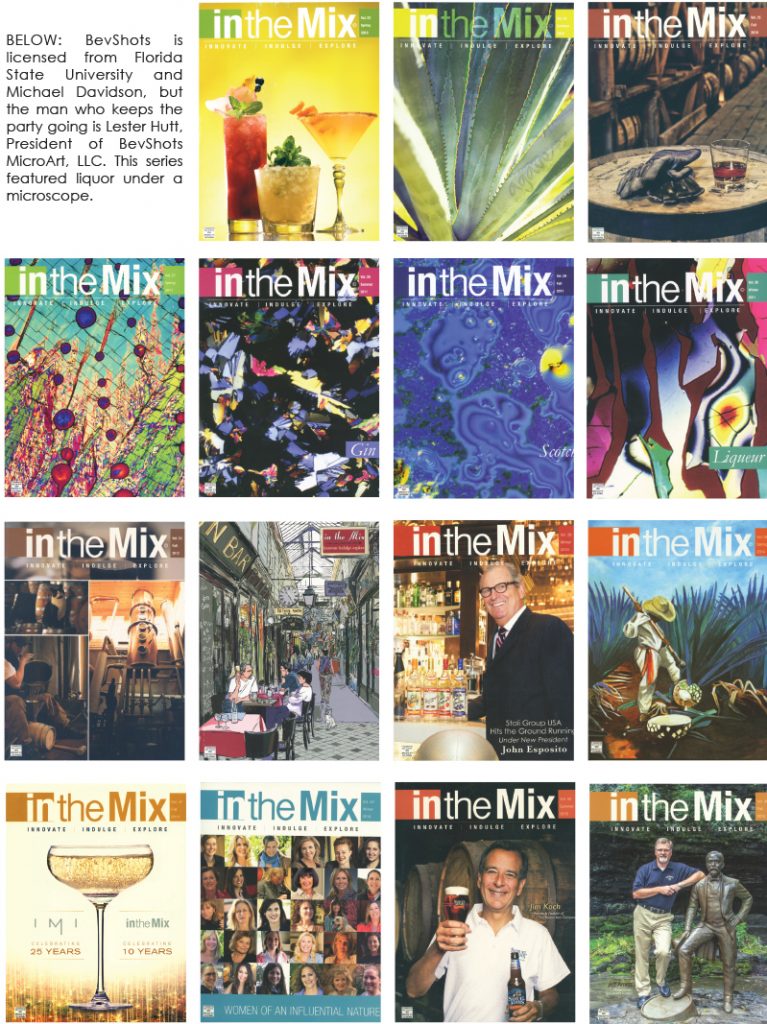 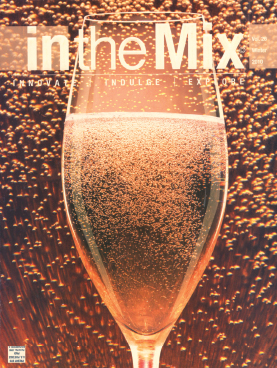 For issues through the winter of 2008, our covers focused on cocktail art, most of it shot in a studio in Atlanta. By 2009, we went into a year of art by THOMAS ARVID. In 2010, we started mixing it up pretty good, always surprising our subscribers with a new look. We did two covers featuring original paintings by JILL DEGROFF, the “Saloon Artist.” Yes, she is the wife of “King Cocktail” Dale DeGroff. We had a lot of fun in this period. Two of my favorites are from 2012. “The True Treasure

of the Caribbean” cover was a photo illustration by BRITTANY MISRA and depicted our Designer Kester Chau’s husband, SONNY, as a pirate finding the greatest treasure of the islands, Rum! In the summer cover, Kester created a Photoshop composite of South American vineyards. I even snuck in my own dog, Chief, running with the female gaucho checking the vineyards with the Andes in the background.

My favorite cover? Winter 2010 depicting a glass of Rosé Champagne (left). The glass and bubbles were die-pressed so they were raised up. The glass was smooth and the bubbles were individually raised, giving it sensory aspects of touch as well as sight. The background was a small portion of the bubbles inside the glass. The cover was actually made up of several different pieces and came out beautifully. 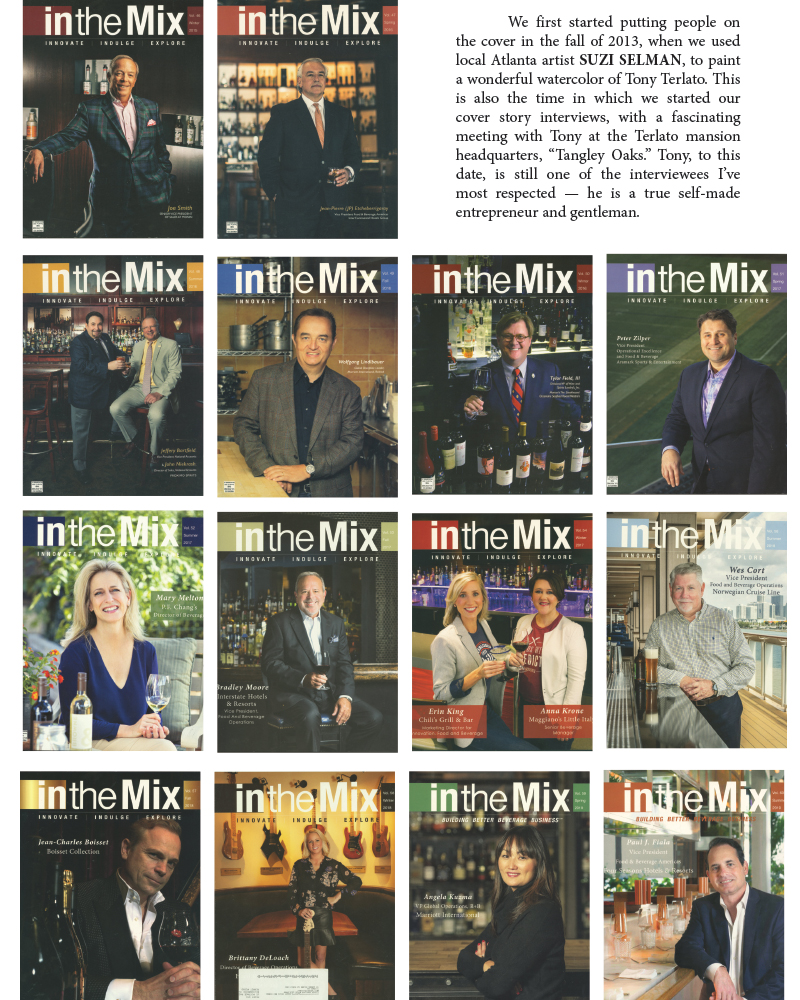 In the summer of 2014, MICHAEL GODARD, the famous artist from Las Vegas, graced our cover with one of his paintings from his “Beaches” collection (above right). Michael is a devoted philanthropist to many causes, one of which is CORE (Children Of Restaurant Employees). We met him at a CORE fundraising party in Las Vegas.

In the spring of 2015, we had Tony Abou-Ganim on the cover in front of the stunning Bellagio Hotel. I still think this is one of our best covers. Tony has written his “Adventures of George” column in every single in the Mix! Tony has always held his front spot in the magazine with real and crazy stories of his life told through the eyes of his character, George. I want to personally thank him; he has been a great friend to IMI as well as in the Mix. 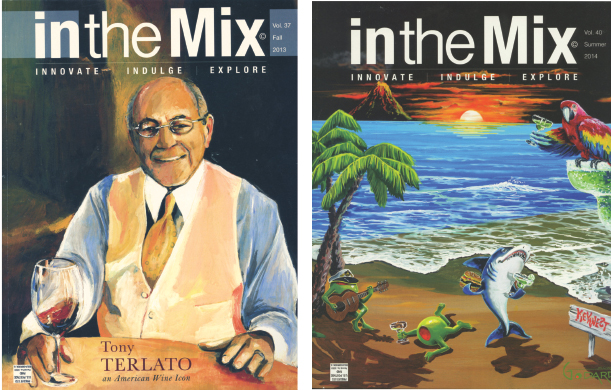 We have continued to put many more personalities on the covers, from suppliers to operators, even the country music star Zac Brown, in the spring of 2018.

I hope you enjoy looking over the 60 covers we have done. We’ve had a lot of fun making them. 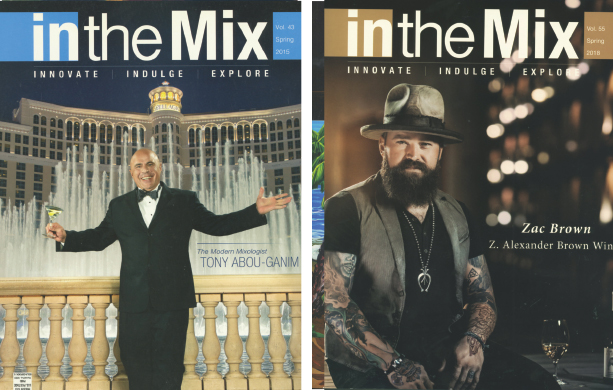