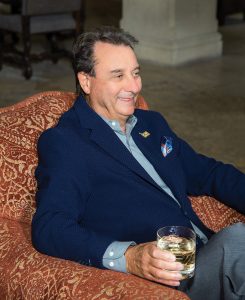 Mike: Don, it’s been 30 years — are you ready to talk about the journey?

Don: Yes, but I am encouraged to imbibe in a drink or two as I recall the good, the bad and the “I don’t want to talk about it” of my past. Because as everyone knows, no great story ever started with someone eating a salad!

Mike: What did you do in the years before starting IMI?

Don: I departed college with no real plan for the future. So, the first thing of interest that came along was to be an international auditor for Bank of America. I liked to travel so that seemed interesting. They send you to different branches and departments to learn the compliance and regulator lending practices. However, it was tedious analytical work.

Travel and hospitality continued to play into my future. I eventually moved over to the airline business. I ended up going to work at Continental Airlines for five years and had many great positions and experiences. I then switched over to a cruise ship line for the next five years and then to Maritz Motivation Company for 10 years. During that 10-year period, I traveled all over the world, which included working on some great beverage brand company accounts, specifically Anheuser-Busch and Bacardi, all between 1978 and 1988.

Mike: When did you start IMI?

Don: IMI was born in November 1989 in Irvine, California and started as Incentive Marketing, LLC with two friends, Bob Eissfeldt and Robb Capielo. Both had multimedia backgrounds and we did a lot of business theater sales conferences for companies like Southern Wine & Spirits, Canadian Club and Shell Oil.

Years later, we would go different ways and Incentive Marketing, Inc. would become the parent company to what many of you know as IMI Agency today. Our first client was Maidstone Wine & Spirits and our first account was Kahlua. My first real industry mentor was Jim Flaherty, a stand-up guy. His wisdom helped me navigate the early years for our company.

For the first few years we worked exclusively on Maidstone Wine and Spirits brands like Kahlua. But like all things, change is just a question of time. As the winds blew, Maidstone was brought under Hiram Walker’s umbrella. This required IMI to relocate from sunny Southern California to Southfield, Michigan, a suburb of Detroit, to be close to Windsor, Canada and the Hiram Walker HQ. After a couple years, they were brought under the Allied-Lyons house and they eventually merged with Domecq and became Allied Domecq. That’s the short version — it was a roller coaster ride but exciting. 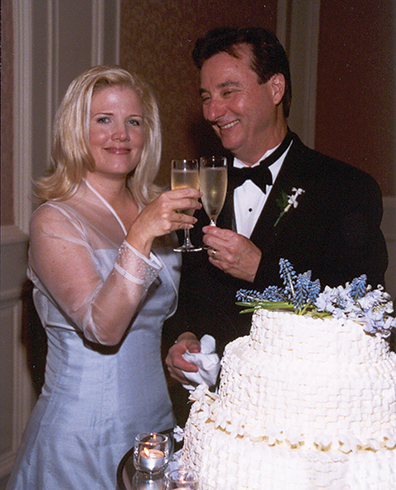 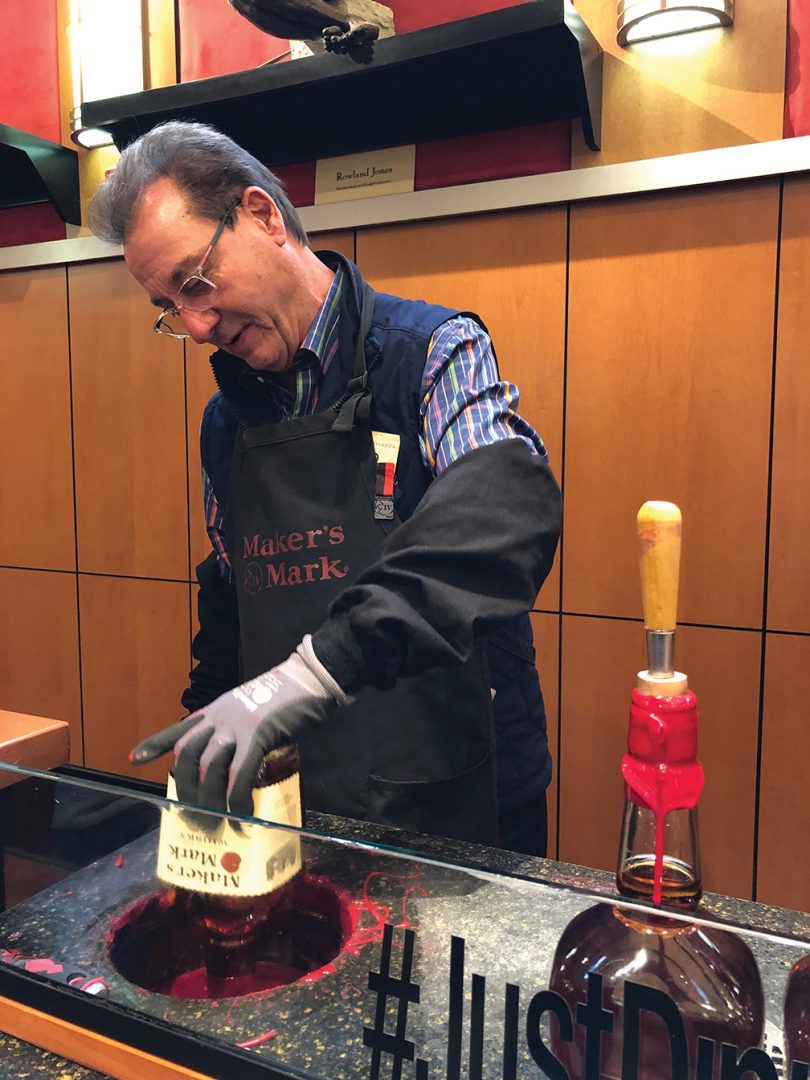 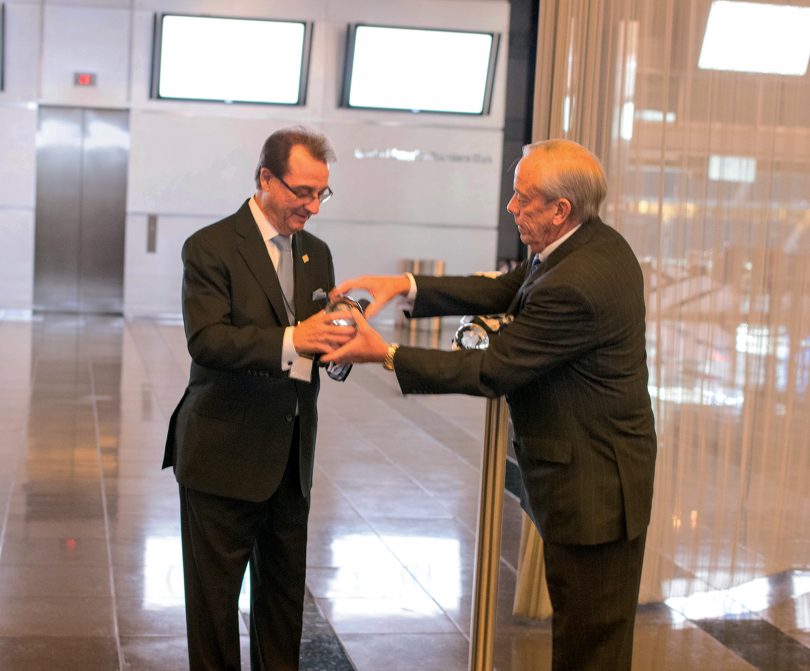 Don and Adam Billings at the Master’s Tournament. 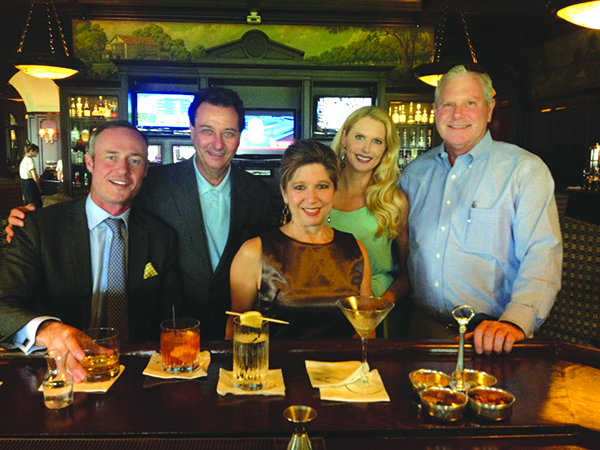 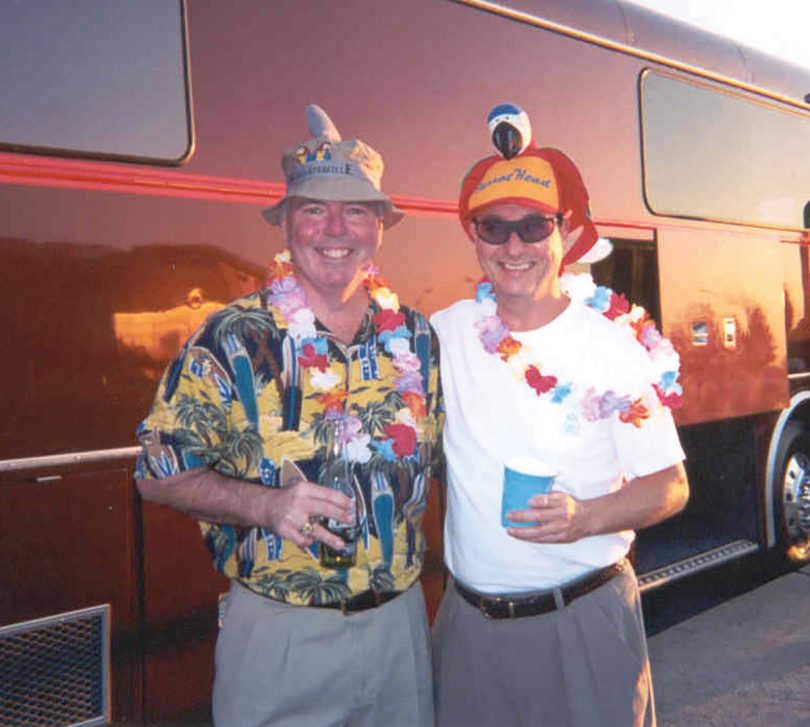 Larry and Don at a Jimmy Buffett concert where they took the whole team. 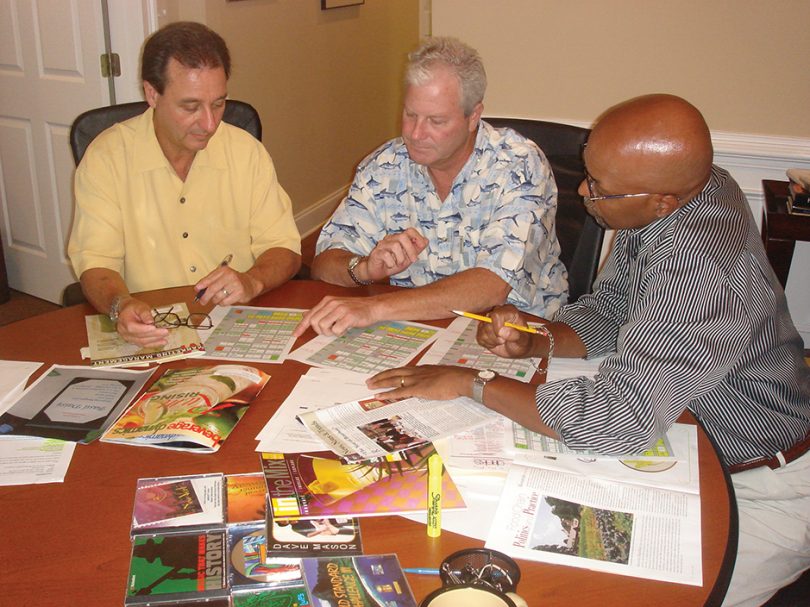 From left,Don, Mike and Carl Bradford look over the layout of an early magazine.

Mike: Where did that roller coaster end up?

Don: Around 1994, IMI entered a new era — our first big wind change. We were asked to help Marriott International develop the first corporate hotel-based beverage program to be called “The Gold Standard Brands Program.” An initial group of 12 beverage suppliers came together to support the effort.

By 1996, IMI was a free agent and was once again on the move, this time to Atlanta, Georgia to help out with the Olympics and it was a personal opportunity to get back to the Sunbelt. By now our services were expanding and programs were getting more technical.

Celeste Dinos was my first new hire in Atlanta in 1998 and I threw her to the wolves. Her first assignment was the Canadian Club Society and President’s Club for top-producing distributor salesman, and the venue was in Charleston, South Carolina. She survived but not without a few tears being shed. The best part was she decided to stay and do it all over again the next year — that turned into 21 years and counting. She is now a Vice President and business partner.

Mike: So where does Larry come into the picture?

Don: So by 2000, I was looking for help. And there on a white horse was Larry McGinn. Larry had been one of the original supplier contributors to the Gold Standard Brands Program and he was looking for a new challenge. By 2002, he had taken over sales responsibilities at IMI and we started growing our relationships with new operators and expanded supplier contacts. Larry’s background on the supplier side was invaluable as we grew the company and he became a business partner. In 2012 he took over as President to steer the ship for future growth.

Don: Also around 2000, it was apparent that we needed a full-time accountant and Sherry King, who had been doing our tax accounting, took on the task and would eventually become our CFO and business partner.

Mike: Sounds like you had a solid group started. What was your plan of attack?

Don: We were now on a very steady growth curve. Some of our new customers were demanding fresh solutions to some of their most immediate needs. Technology and data management skills had to be developed. Not only was there need for statistical information but also new software programs for the first menu management systems, online training programs and data analysis to use in future sales and marketing decisions.

2002 was a banner year — we moved into our new Atlanta office building and opened our new Chicago office. The bad news was it was right after 9/11 and the industry, along with the rest of the economy, took a time-out for a while. Although there was a lull, we were still able to continue to grow and move forward.

Mike: Your son, Adam — when did he get involved?

Don: By 2004, Adam Billings had graduated from college and I enticed him into coming out to Atlanta from California to work in the company. He started as a Program Manager, learning the trade. All of a sudden, the future direction of the company was born — this would be a family-driven business. And last year we spun off a separate LLC under Adam’s management.

Over the next five years we enjoyed a steady growth of business and our staff grew to more than 24 team members. Our services covered almost all aspects of hospitality beverage marketing. All was well with the world once again — or was it?

As the world turned and the great crash/recession/financial crisis — whatever you wanted to call it — of 2008 was on us, the hospitality industry was one of the first to feel its punch. We all held on for a wild four-year ride. During this time, IMI and our industry were able to hold the line, review our operations, and find new skills and new ways of doing things. So in many ways, it was like a renaissance period for us.

Mike: When did Patrick come aboard full time?

2008 was also the year that Patrick McGinn came onboard, after he graduated from college, and fell right into the operations as a Program Manager, just like Adam did four years earlier. Patrick is now Director of Account Management. So by 2013, we were a company that was stronger, smarter and more efficient than ever, and growing. We had a staffing complement of 24 team members.

The IMI staff has since doubled to 48 team members and we have added new service tools and products that provide the change and innovation our customers are looking for. The motto of this story is “we cannot change the wind, but we can adjust our sails to take us where we want to go,” and we are on that journey. 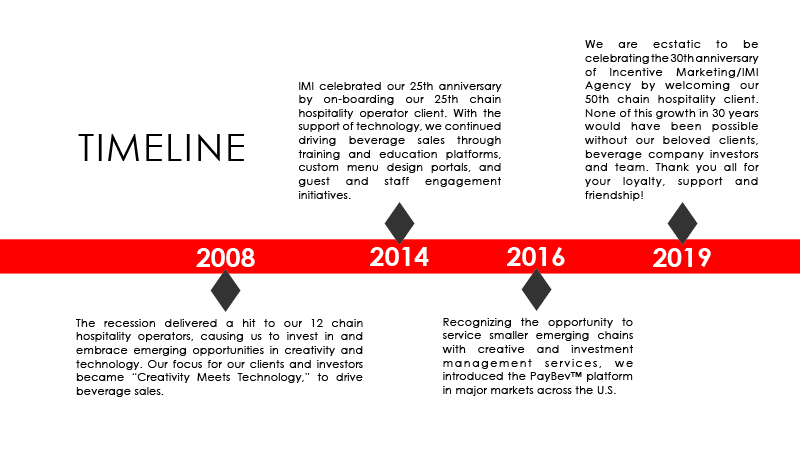