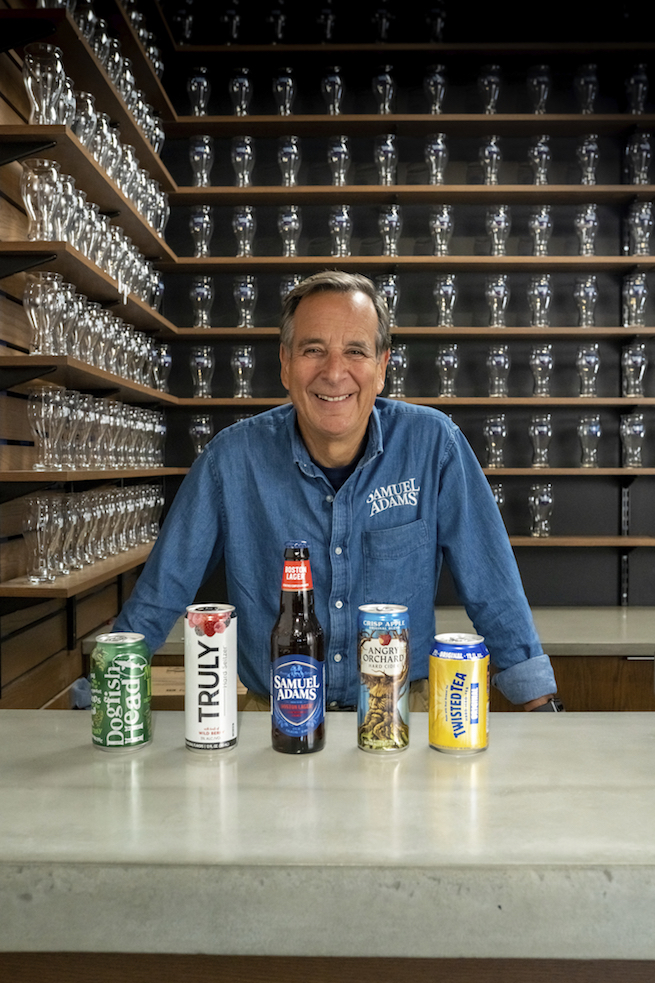 “2019 has been a wild ride for The Boston Beer Company and the beer industry as a whole. Being honored by professionals and peers as ‘Executive of the Year’ speaks to much more than my role and recognizes the efforts of many, including our newest Dogfish Head co-workers.”

Our history with Jim Koch and Boston Beer goes way back to the 1990s when IMI Agency first started working on the on-premise national account promotions. The most memorable was the SamuelAdams promotion orchestrated by Rob Gillette at Marriott, which was tied to the 1999 Ryder Cup golf competition held in Brookline and was one of the more memorable clashes between the United States and Europe. Rob challenged his food and beverage outlets on a national basis to a Sam Adams competition using the Ryder Cup theme concept. And they achieved an incredible one million beers sold.

I remember it like it was yesterday and I still have a few souvenirs from that great event: a Ryder Cup jacket, a Sam Adams blue wool vest and a signed picture of the winning United States Ryder Cup team with Ben Crenshaw, who was team captain. I also think I still have a Team Crenshaw golf shirt hidden away somewhere … I am sure Rob Gillette still has a few XLs for anyone who may be interested.

This is all pretty amazing for a guy who in 1984 left a$250,000-a-year consulting job to start brewing beer in his kitchen. “My dad told me this was about the dumbest idea he’d ever heard,” says the entrepreneur. A lot of things have happened since then, so fast forward to today — the company brews more than 60 styles of Samuel Adams in addition to brands and styles within the hard cider, hard seltzer and hard tea segments.

To Jim Koch, 2019 Executive of the Year— a toast to Jim and to all at The Boston Beer Company.