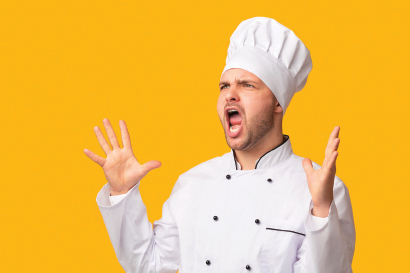 I was reading a recent edition of Popular Science magazine, and this edition was focused on sound. As I worked myself through the magazine, I came across an article about the noise level within restaurants and references to a few studies done by acoustic specialists regarding the effects of sound within a restaurant environment. This is something that I have thought about a lot over the years, especially since I have found many restaurants to be extremely noisy — to the point that you could not carry on a conversation with your dining partners.

This is not a new issue but noise has been steadily increasing in volume. So, I began to look at other articles on the subject of noise. And, surprise — there are a ton of them. This experience is by no means unique; it’s become a fixture of dining out in America. “What did you say?”, “can you repeat that?” and “it’s so loud in here” are now phrases as common as “can I take your order?”

In an article written by Julia Belluz, titled “Why Restaurants Became So Loud – and How to Fight Back,” she reports that both Zagat and Consumer Reports surveys have found that excessive noise is the top complaint diners have, ahead of service, crowds or even food issues.

So how did this all begin? Let’s go back to the acoustic specialists. A large-scale study done back in 1993 found that restaurant sound levels peaked at 68 decibels (a little louder than normal chitchat). Fast forward to a 2018 survey of New York City restaurants in which the average level was 77 decibels, and at least a quarter of the restaurants surveyed hit at least 81 decibels. Only 10 percent were at or below 70 decibels. 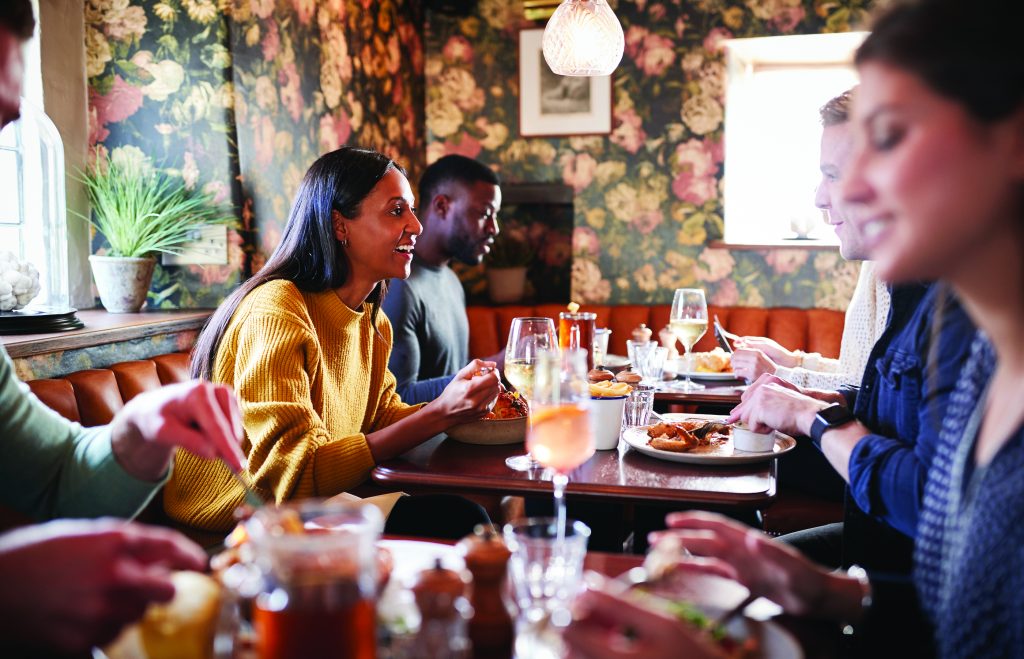 As the Popular Science article reports, some restaurants have peaks as high as 85 decibels (that’s near power-tool territory). “We can pin the din on converging trends that began in the 1990s. First, owners started favoring modernist or industrial looks. Out with the carpets, upholstery and drapes that were great sound absorbers but now deemed stuffy. In with high ceilings, bare floors and walls, and furniture made of hard, sound-reflective materials like cement, tile and plaster, and use of exposed ducts and glass, which send noise careening around the space,” explains Chris Berdik.

The noise can be so irritating but it has become a fixture of dining out. So, it’s not unique for table guests to repeat “what did you say?”, “can you repeat that?” and “it’s so loud in here.” According to Julia Belluz, there is a group of chef owners who promote it and claim that some level of noisiness in restaurants is intentional because the sound conveys a sense of vibrancy and energy. Some restaurants use loud music to achieve that same dynamism. New York Magazine called it the “Great Noise Boom.”

Loud restaurants aren’t just irksome, they’re a public health threat for people who work at or regularly patronize them. Being exposed to noise levels above 70 – 80 decibels causes hearing loss over time according to Gail Richard, past President of the American Speech-Language-Hearing Association. In a New York Times investigation, a reporter took a decibel reading at 37 venues across New York City and found levels that experts said bordered on dangerous at one-third of them.

The shift in restaurant aesthetics has had a huge impact on our ears. Articles on the subject can be found in The Wall Street Journal documenting “how the move to eating in concrete boxes coincided with a shift in decor and other design features, turning many restaurants into ‘noise traps,’” according to reporter Katy McLaughlin. Over the past decade or so, upscale restaurants have done away with low-cost techniques that can tamp down noise levels such as carpets, tablecloths, wall tapestries, drapes, plants and plush banquettes, as many restaurants introduced open-concept dining, with open kitchens or attached bar scenes that only helped to crank up the volume. 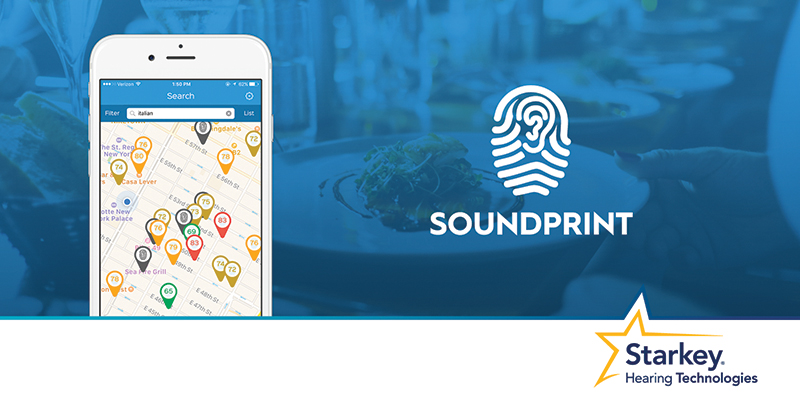 Obviously, there is a big challenge when it comes to restaurant and bar noise. There are the structural issues, which I’ve been referencing, along with cultural influences and what is trendy. You have to balance the atmosphere with the overall food and beverage experience. There are things that can be done to reduce the sound signature in a restaurant. It’s easier, of course, when you start from scratch, but there are sound-dampening techniques to retrofit an existing restaurant. New innovations can help, such as foam ceiling panels, perforated wood that allows noise to pass through to an absorbent layer, and acoustic plaster with tiny fibers that will soak up sound. There is transparent, sound-dampening film for glass and technology to fine-tune the restaurant’s sound system by adjusting the space’s overall noise level.

There are decibel-reading apps available to determine the sound level in your restaurant, like SoundPrint and NIOSH Sound Level Meter. I downloaded the NIOSH app onto my iPhone and tried it out in a hotel and restaurant venues during a recent company event. And sure enough, the sound or decibel level started peaking at 89-92. And I realized we were all shouting at each other to have a conversation, and this was not even a club or lounge setting.

So, if noise really bothers you like it does me, here are a few commonsense ways to avoid it:

3. If the music is loud, ask if they can turn it down a bit.

4. You can always politely complain.

Note: Extended or repeated exposure to sounds at or above 85 decibels can cause hearing loss. So, this can be a real concern for waitstaff, bartenders, kitchen staff and others who work in this environment.

For those who wish to delve deeper into this issue, here are a few references that I found:

4. Dixon, L. (2016), “Speak Easy: Hearing the Views of Your Customers” at Action on Hearing Loss https://www.actiononhearingloss.org.uk/-/media/ahl/documents/research-and-policy/reports/speakeasy-report.pdf