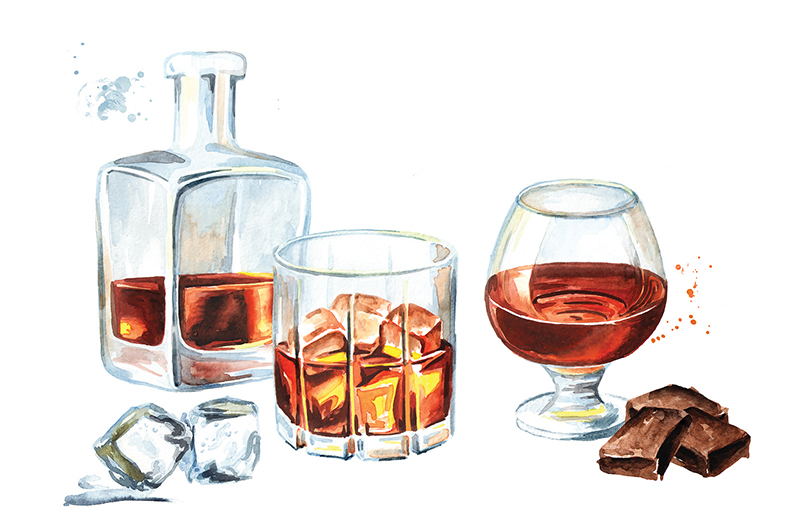 By the time this article is published, the U.S. Trade Representative (USTR) will have reached a decision by February 17th either to impose the threatened 100 percent import tariff on EU wine, spirits and other products, or delay the decision, which would place it under an economic impact review for six months, as required by World Trade Organization (WTO) rules. The U.S. is in the middle of several trade disputes but none has the potential impact on the food and beverage industry that may be felt from the threat posed by the imposition of the 100 percent U.S. tariff proposal on EU goods. This tariff proposal is quite distinct from the 25 percent tariff imposed last October on wine “other than Tokay (not carbonated), not over 14 percent alcohol, in containers not over two liters,” whiskies, liqueurs, cheeses, olive oil, hams, pastas, clothing and other products from France, Germany, Spain and Britain, in response to the WTO’s ruling on unfair subsidies of Airbus.

The cost of the 25 percent October tariff was somewhat absorbed by import companies, who worked with their European partners to split costs in many cases and increased prices somewhat marginally to reduce sales impact. Collectively, however, the imports of the impacted EU countries’ wines were down 10 percent in volume and 30 percent in value in November 2019, as compared to November 2018. Statistics provided by France’s trade office demonstrated a negative impact of $300 million of wine exports to the U.S. It resulted in reduced or loss of profitability for U.S. wine import companies, distributors and retailers but did not immediately threaten their survival. However, that was a short-term strategy and not sustainable. Costs are already being passed on to the retail and on-premise industry, averaging a 15 to 20 percent increase. The impact on U.S. exports will also be affected as the EU will most likely retaliate, because the WTO also found Boeing guilty of subsidies.

There was another tariff, threatened by the Trump administration, that would be strictly on French wines, particularly Champagne, in retaliation for the added 3 percent digital tax proposal on Amazon, Facebook and Google, among others. After a disclosed phone call between Presidents Macron and Trump, this threat was placed on hold while negotiations continue through 2020. Unfortunately, the widely reported phone agreement led many to believe that the looming 100 percent tariff threat against EU products had been waived. Not at all.

The USTR threat of 100 percent tariff proposal is a result of a WTO’s ruling that Airbus had been unfairly subsidized and the U.S. could institute $7.5 billion in tariffs to make up for subsidy advantages. Why wine, spirits and other agricultural products instead of aviation products? One can only conclude that wine, spirits, olive oil, cheeses and mainly other consumer products are seen as more symbolic and a reflection of the lack of the wine and spirits industry’s influence on this current administration. The lack of coordinated pushback by the three-tier system, including the food and beverage industry, might also explain the predicament. The current tariff proposal includes all wines and has expanded the list to a wide array of agricultural and industrial goods, from all EU countries. It has been noted by all involved in the wine industry that the impact would be felt primarily by not only the U.S. wine industry but also the three-tier system, including the on-premise sector.

According to the U.S. Labor Statistics Bureau, the wine-related industry alone represents over 350,000 U.S. jobs, not including those jobs tangentially associated such as logistical support, shipping, etc. The impact of these tariffs would be devastating to this industry — an estimated 6,500 small and medium-sized importers and distributors of European wine would be forced out of business, as they do not have the cash reserves to pay for this kind of up-front cost increase. Many of these smaller distributors also represent small to medium-sized U.S. domestic wine portfolios. The loss of this segment would contribute to further consolidation of the distribution system, placing both EU and domestic small and medium-sized wine and spirits producers at a terrible disadvantage. The economic impact is estimated to be a loss of more than 17,000 jobs directly at the wholesale level, and could ripple out to more than 150,000 in the three-tier system, including the on-premise sector. Some estimates are even more apocalyptic.

The impact will also be felt in terms of lost federal, state and municipal sales tax revenues of over $2 billion. The irony is that 85 cents of every dollar spent on EU wines in this country, from importation to retail sales, is generated and kept within the U.S. economy. The loss to the EU is estimated at $4.5 billion while the total loss to the U.S. economy is estimated at over $28 billion. And, what about the impact on the on-premise trade?

Those restaurants with Euro-centric cuisines and naturally have European-focused wine lists will be most impacted. It will, at a minimum, double the cost of wines on lists, although given the three-tier system, the amount of increase is likely to be much higher. Some fortunate few restaurants may have the ability to frontload wine and spirits inventories as they did upon their openings but that’s not a long-term sustainable strategy. There might be EU wine producers at the lower price tier who will export their wines in bulk and bottle their wines in the U.S., thus avoiding the tariff. But that is a complicated process and would require time. As exports of EU wines to the U.S. represent less than 5 percent of its total, it is more likely that EU wine producers will focus on expanding their readily available Chinese market. This will result also in long-term and irrevocable damage to EU producer/ U.S. importer relationships. 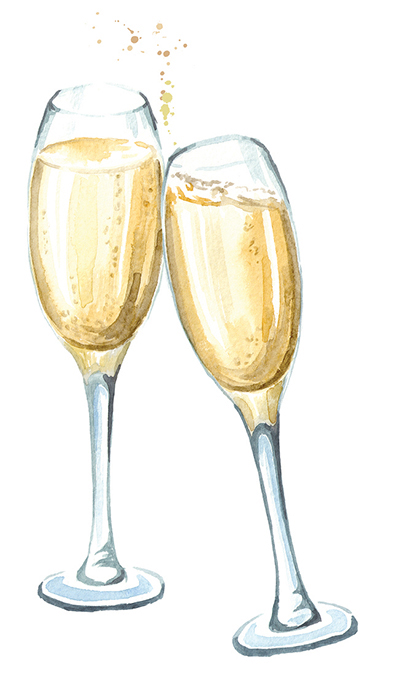 Could domestic or other sources of wine make up the slack and how long would it take for such a transition? Would they be willing to expand their portfolios and produce wines that had less overt fruit characteristics and higher acidity with lower alcohol, to accommodate a more Euro-centric “minerally” palate? What would, for example, Italian cuisine-focused restaurants do, if they no longer had access to moderately priced Chianti? Sangiovese-based California wines, for the most part, flopped decades ago because they did not taste like Tuscany’s Chianti. Could current expertise more successfully approximate the taste profile? Will American consumers be accepting of such substitutes? How will it jibe with the millenials’ desire for an authentic experience? Or will we return to the decades of the 1950s, ‘60s and ‘70s when EU, primarily French, wines were an insignificant market and U.S. wine consumption was less than a fifth of today’s market?

I have always argued that dining is about the guest experience, whether formal or informal, and exceeding guest expectations is the restaurant’s and bar’s goal. Many who frequent Italian, French or Spanish restaurants may want to relive or imagine an experience shared in the country of origin. It places most of them subconsciously in a positive frame of mind with certain expectations. There is even an argument to be made that pairing wines from the same region harmonizes the experience, at least from a psychological perspective. So, what to do?

I don’t think there’s a simple answer to that question, as each entity or chain must arrive at its own solution. Because we live in very uncertain times, might it not be a good idea to plan for this contingency even if there is a six-month postponement? At the very least, it would force on-premise operators to think about how their current and future potential customers’ expectations might be enhanced.